Smith: ‘Ropes and goggles’ training has paid off for Hearts

The Tynecastle side have won twice since Daniel Stendel introduced unusual training methods. 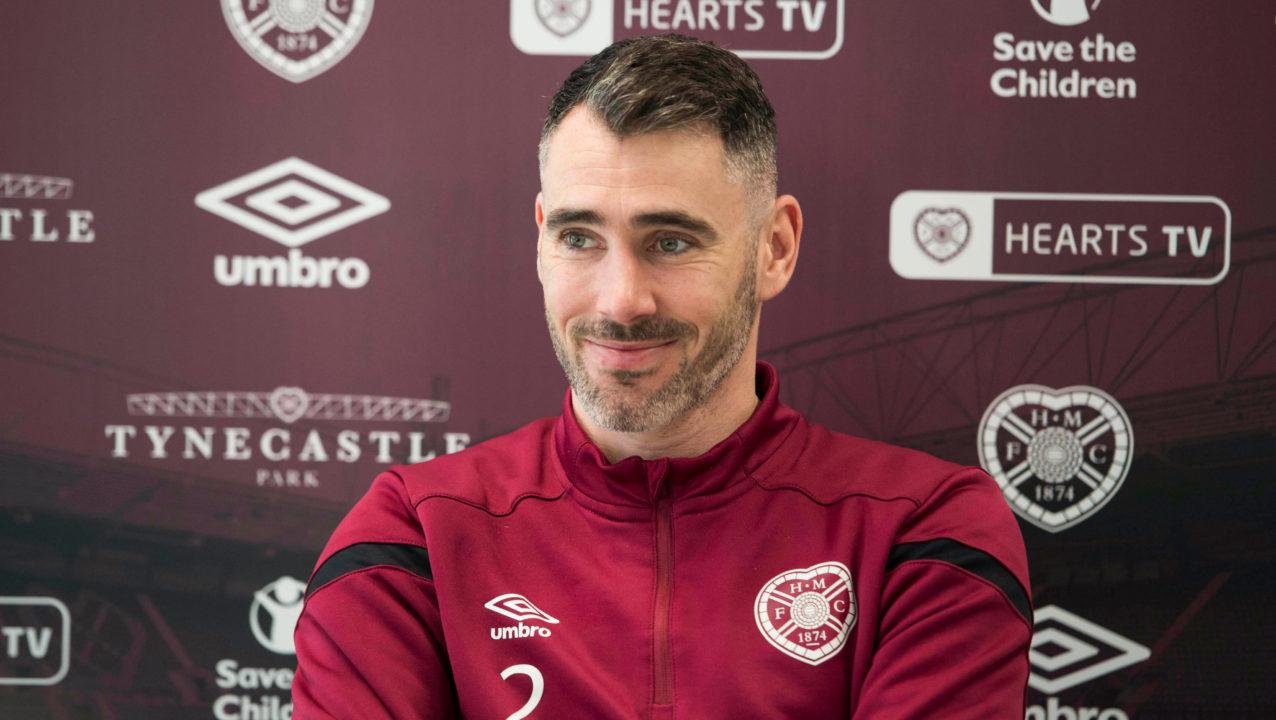 Hearts defender Michael Smith has said that unusual training methods have shown their benefits in two big victories for the team.

Manager Daniel Stendel surprised some observers when he used ropes and goggles in a session before the Scottish Cup quarter final last weekend.

Since then, the team has progressed to the semi-finals after beating Rangers, and then followed that up with an emphatic 3-1 defeat of rivals Hibs at Easter Road.

The training techniques were designed to help a shaky defence,, with the ski googles designed to stop players ‘ball-watching’. Ropes were used to tie players together and encourage the back line to move as a single unit.

Smith said the rope drill was far from unique but that kitting players out in goggles was an example of Stendel’s “different” approach.

“I didn’t wear the goggles, my eyesight is bad enough without them,” he said. “But I’ve seen these kind of things done plenty of times before. If you’re conceding plenty of goals you want to get the shape of the back four right and the distances between you.

“It was only a little short exercise with the ropes to get you used to the movements and everyone moving together.

“I’ve seen it happen before. Plenty of clubs do it and I’ve spoken to plenty of players, it’s nothing.

“Have I seen the goggles used before? Only skiing. Nah, the gaffer has got different ways of doing things.

“It was a great laugh at the time. It was the centre-halves who were wearing them and it was so funny because Clevid Dikamona missed the ball at one point.

“But it’s worked. We’ve done really well the last two games so if (the manager) wants to take the credit he can.

“We’re together as a team and we fight for each other, even more so the last couple of weeks. But little things like this can definitely help.”