The Hearts defender says the team needs to tighten up without losing their attacking threat. 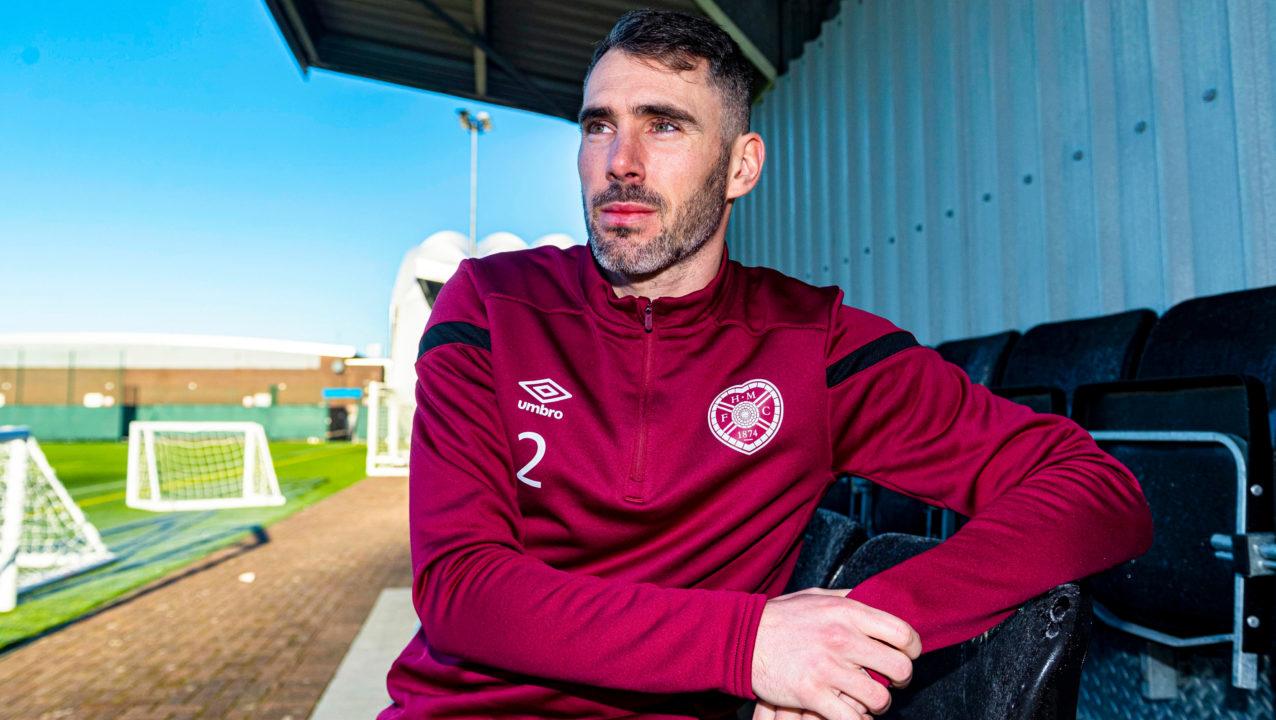 Michael Smith has revealed that Hearts players have held meetings with manager Daniel Stendel to try to iron out the team’s defensive problems.

The Tynecastle side have been working to adopt Stendel’s high-pressing style and have seen an improvement in attack but that’s come at a price with six goals conceded in two games.

Smith said that the team were enjoying Stendel’s methods but admitted that discussions had been had, and steps were being taken, to cover gaps at the back.

“We are enjoying playing front-foot football but we just need to tweak it and that will see us winning games again,” he said.

In the first half against St Johnstone we did well but in the second half [St Johnstone boss Tommy Wright] has probably told them ‘turn them and put the ball in the channel’.

“We need to sort that out. The centre-halves were probably playing two v two and that’s not a great recipe for football. I don’t think any centre half wants to go one v one in the channel.

“We will sort that out on the training pitch. We have had a few meetings with the gaffer about ways of sorting that out so I’m sure you will see a little bit different on Saturday, we will be a little more secure at the back.”

Smith stressed that everyone appreciated Stendel’s style and there wasn’t a desire to change completely but that slight changes could make the team far harder to beat.

“He wants both full-backs high, and that’s great because we are creating chances and scoring goals but at the same time, when they are high and the centre mids then you’re leaving the centre halves exposed,” the defender explained.

“Whenever I played there before injury, he told me to sit in front of the centre halves and make it a three so that’s one solution. There’s other ways but we need an extra man back there to help and keep the ball away from the net.”

The primary aim for Hearts is to get clear of relegation but this weekend attention turns to the Scottish Cup and their match against Falkirk. After reaching the final last year, Smith is eyeing another run that could build confidence.

“I thought we were quite unlucky to lose last year,” he said. “It still hurts me but hopefully we can make another final this year.

“People probably would have put it past us last year, not making the final.

“Things have to go your way, the draw has to be kind to you and you need a bit of luck on the way so fingers crossed.”