Neil Simpson and brother Andrew brought gold back from Beijing. 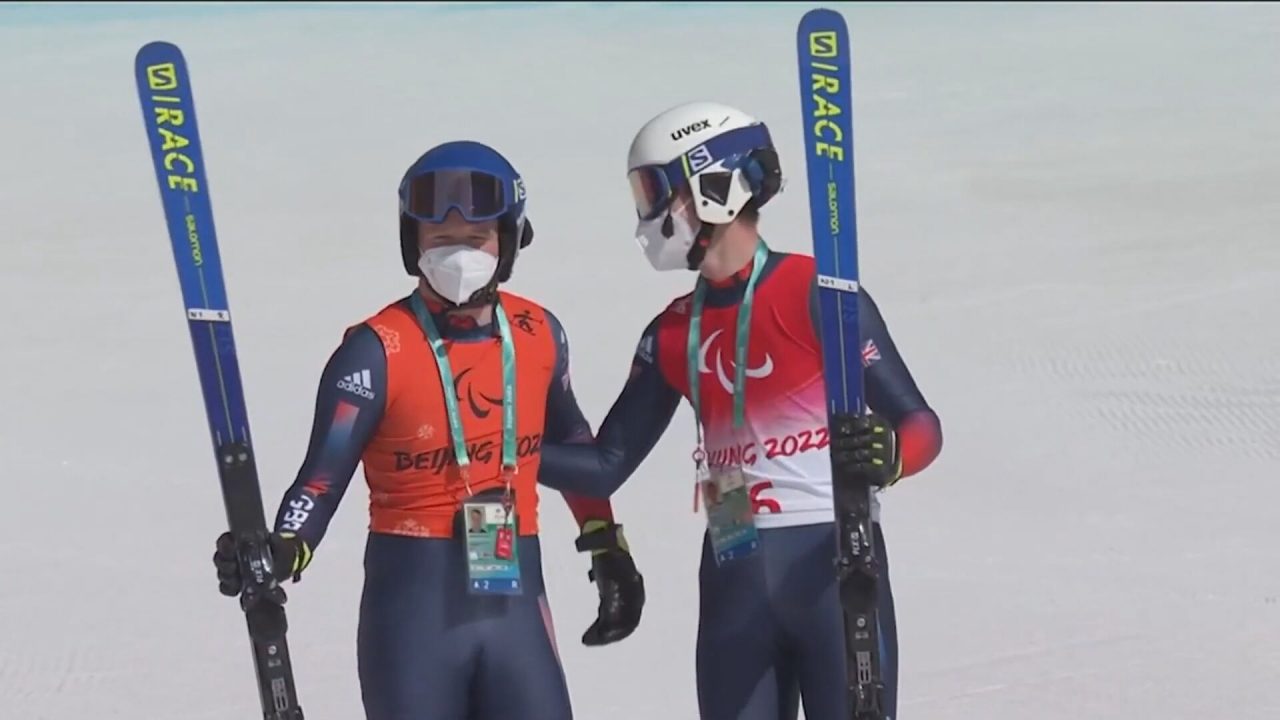 Paralympic gold medallist brothers Neil and Andrew Simpson have arrived back in Aberdeen after their success in Beijing.

Visually-impaired Alpine skier Neil Simpson is guided by his older brother Andrew and the pair clinched the gold in Super G event, then followed up that historic success with a bronze medal in the Super Combined.

The brothers are from Banchory arrived back in Scotland from Beijing and told STV their success was still sinking in.

Neil became the first British male athlete to win a gold medal on snow and he admitted that it was a huge moment for him.

“It’s quite surreal when you put it like that,” he said. “Obviously I’ve trained with the other two gold medallists for the winter Paralympics and to be the first male, it does hit home how special it is.”

Andrew admitted that coming home with two medals was beyond what he could have imagined.

“It was just unbelievable,” he said. “To go to the Paralympics was a privilege itself and then to get a medal and then a gold, we couldn’t ask for anything better than that.

“And to get another medal after that was just unbelievable really.

“To go to the Paralympics was a dream anyway. It’s something we had been working towards for a long, long time. We’ve both been skiing since we were really young and doing this for a long time.”

For Neil, making history with his brother as his guide was all the more poignant, given that the pair travelled to China without the support they would have received at any other Games.

“It’s really special to do it [with my brother],” he said. “And with no family or friends able to come out and support because of Covid, I think that added a wee bit of something to it.

“It was really special to have Andrew out with me and it made a lot easier and a lot more enjoyable.”

Having returned as conquering heroes, the Simpsons were asked if they had any special plans. After a dramatic trip and unprecedented success, they plan to keep things low-key.

“We’ll just chilling for a while now,” said Andrew. “It’s been a long journey.”