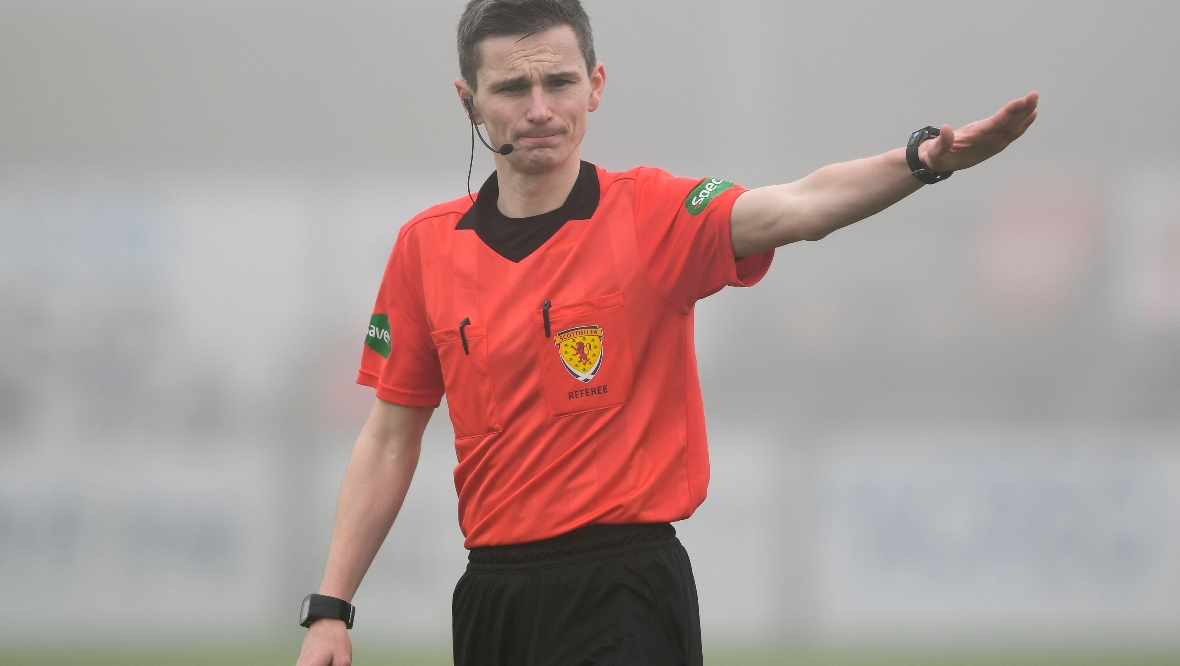 Two Scottish referees have announced they are gay in a bid to see “the climate change”.

SFA category one referees Craig Napier and Lloyd Wilson become the first openly gay participants in men’s Scottish football since Justin Fashanu, who played for Airdrie and Hearts in the mid-1990s.

In a video shared on the Scottish Football Association’s Twitter account, Napier admitted “It’s been a difficult journey to get to this point”.

He said: “It’s something that I never thought I would be sitting here doing.

“It’s something that I’ve obviously lived with for a long time. It’s been a difficult journey to get to this point, but over the last couple of years, it’s become a lot easier.

“I remember reading the newspapers when Tom Daley came out and I was so inspired but not inspired enough where I felt confident enough that I could then come out because I thought ‘diving isn’t the same as football’.

“There is something about football at the moment. There’s still that barrier.

“Josh and Jake are changing that and hopefully in Scotland I can play a small part in hoping it can inspire whoever is out there to be more comfortable in who they are and have a conversation with family, friends, team-mates, and come out publicly if they feel able to.”

Napier, who took charge of ten top-flight games in Scotland last season and also works for the NHS, revealed he has “never had a bad experience when I’ve had these conversations”.

He said: “I’ve always felt so much lighter after speaking about it.

“I don’t think this needs to be a news story, but I think, at the moment, it really does because we need to see the climate change so that people do feel that they can be their true self and live happily and comfortably in their own skin, and that needs to transcend into football.

“There are no footballers on the pitch who are [openly gay], but they are there. And until we have these conversations and these role models on the pitch, there will be that stigma and that fear.”