'Opportunity of a lifetime' as students take on Premiership side

First university team to reach this stage of the Scottish Cup ready to face Dundee United. 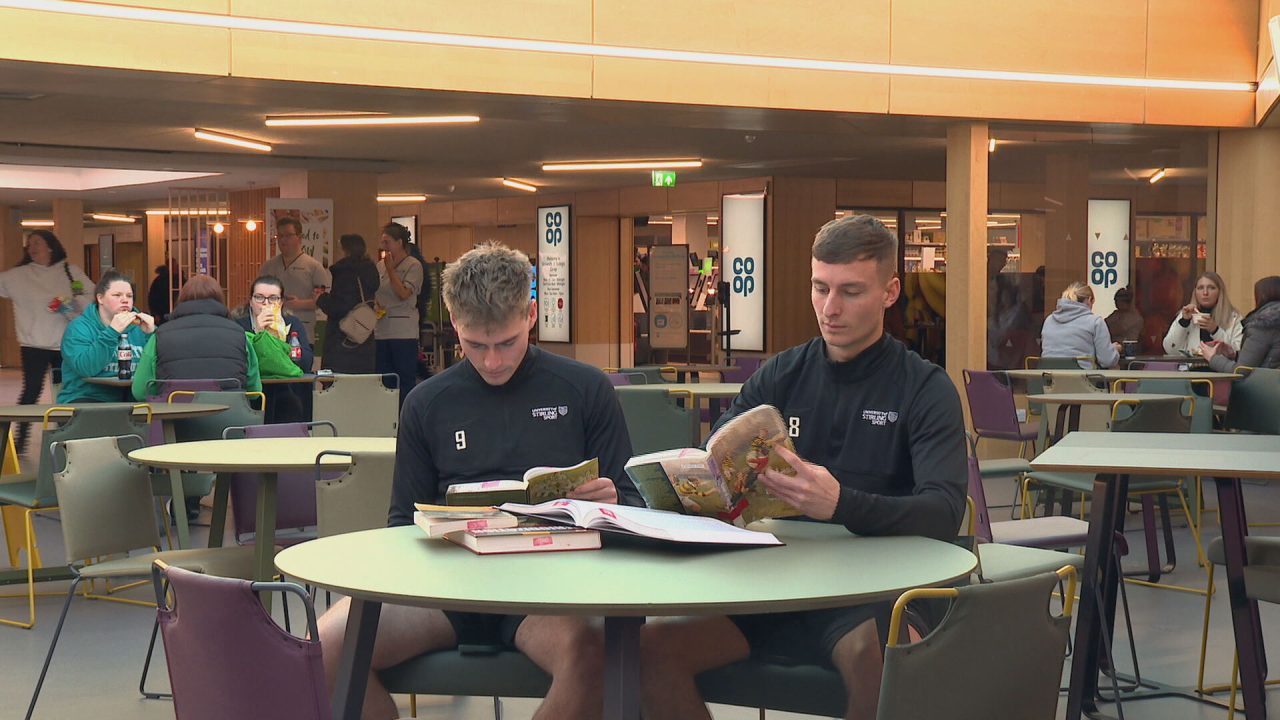 “The opportunity of a lifetime” – that’s the verdict of the University of Stirling’s student footballers as they prepare to take on Dundee United at Tannadice.

The Lowland League side have become the first university football team to reach this stage of the Scottish Cup for more than half a century.

While the players combine their training with studying for their degrees, there’s only one currently topic on their mind .

Captain James Berry said: “We’re buzzing. When you look at the players we are coming up against, really top Premiership players, some internationals as well.

“It’s once in a lifetime for us and will be a great experience, no matter what happens.”

Euan McGill scored the winner last time out as the uni got the better of Albion Rovers to set up the glamour tie.

He said: “It’s surreal. I don’t think anyone was expecting it of us (to get this far). We’ll just go out and enjoy the occasion and take it as it comes.”

And what if they were to pull off the upset?

McGill added: “It would be a great night out after that! We know they are a level above; we’ll just go out, stick to our gameplan and see what happens.”

It’s been a season to remember so far for the uni.

They remain in the Lowland League title race and have already wrapped up the BUCS Premier North title.

Now with the focus on the Scottish Cup, they’re not short of inspiration. Some famous honorary graduates of Stirling have sent on some words of motivation.

He said: “You have every chance in the cup, it’s always the same. I wish you all the best. Good luck!”

More than 1000 fans are expected to cheer on the away side on their big day and coach Chris Geddes hopes his players’ showcase their skills on the big stage.

He said: “It’s something to look forward to. You might never play in the fourth round every again so let’s make the most of it.

“We’re under no illusions about how difficult it is going to be but it’s going to be a great day for everyone involved.”