A 0-0 draw in Krakow means Scotland are Group B1 winners. 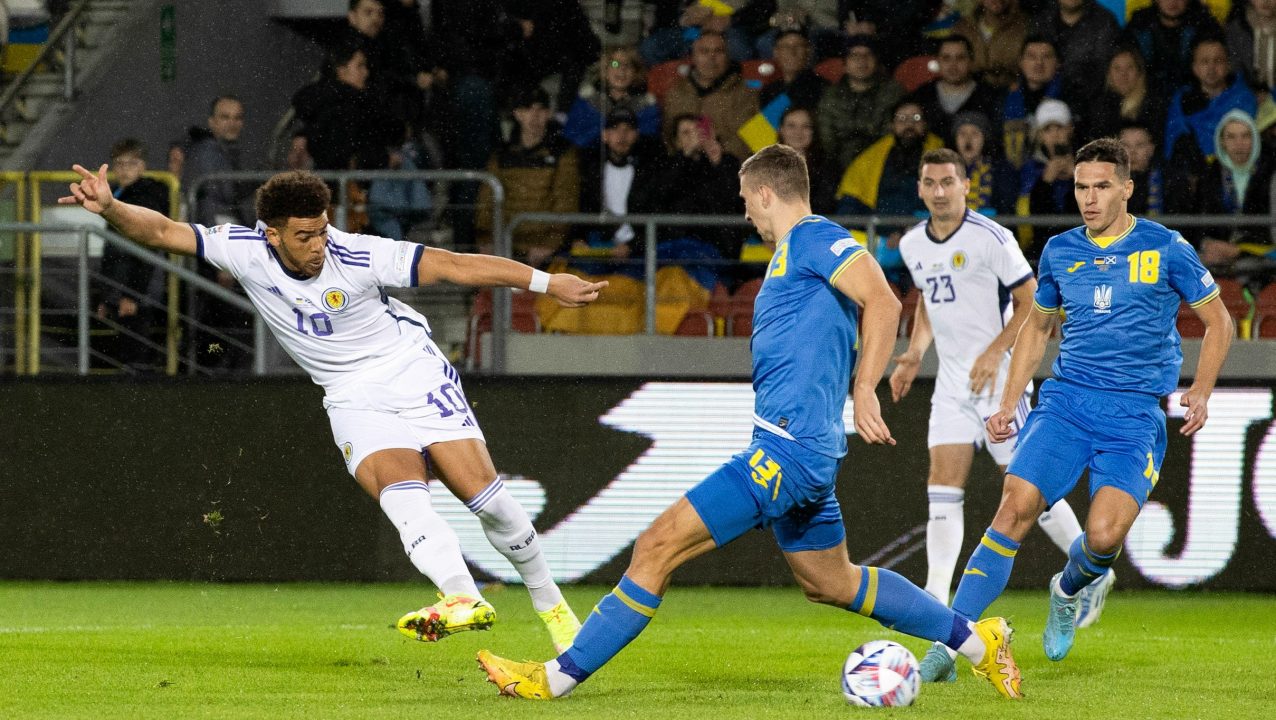 Scotland have won their Nations League group and booked a Euro 2024 play-off place after drawing 0-0 with Ukraine in Krakow.

A point from the final match meant Steve Clarke’s side are promoted to League A and will also be seeded when the draw for European Championship qualifying is made next month.

The national team had to deal with an attacking performance from a hungry Ukraine side but capped off a successful international week with the result they needed to progress.

Manager Steve Clarke didn’t have his troubles to seek in the build-up with numerous injuries, sickness and suspension narrowing his options when it came to picking his team. Clarke made a number of changes, including a debut for Hibernian Ryan Porteous.

Knowing that a draw would be enough to win the group could have created a safety-first mindset but it was Scotland who had the first chance of the game, just a minute in. Kenny McLean fed John McGinn from the left and the midfielder had touched the ball back for Che Adams to try his luck but the forward’s shot was turned wide.

Ukraine soon stepped up their game though, and should have taken the lead after eight minutes. Mykhailo Mudryk sped down the left and crossed to the back post where Andriy Yarmolenko put a volley over the bar when the goal was gaping in front of him.

Yarmolenko then turned creator, slipping a ball through for Artem Dobvyk before Craig Gordon got down to save.

Midway through the half Scotland thought they had a penalty when a cross appeared to have hit Taras Stepanenko’s arm but a VAR review saw the award overturned when replays showed the Ukrainian had blocked the ball with his face.

Ryan Jack fired a shot over the bar after a corner broke favourably for him but Ukraine were the stronger side as the half drew to a close.

After the restart Scotland were under pressure again, with Mudryk forcing a diving one-handed save from Gordon, and the Scotland keeper then getting behind a long-range effort from Danylo Ignatenko.

There was another scare for Scotland just after the hour. Aaron Hickey was booked for a foul on Mudryk and the free-kick was hit deep to the back post where Illya Zabarnyi was waiting but he missed the target.

With just over 20 minutes left, Clarke made changes. Stephen Kingsley, Ryan Christie and Stuart Armstrong replaced Greg Taylor, Ryan Fraser and Ryan Jack to inject more energy into a team that was working hard to frustrate their opponents.

Ukraine kept pushing hard for the goal they knew would put them top and there was a heart-in-mouth moment when Stepanenko tried a volley from distance that bounced just wide of Gordon’s left post. Scotland’s defence was resolute but Dykes replaced Adams as Clarke looked for something new to help keep the ball at the other end of the pitch for the final ten minutes.

Ukraine threw what they had into the remaining time, trying to fashion a clear chance, but Scotland kept their shape and discipline to protect Gordon and his goal. A corner just before the 90th minute brought more nerves but Scotland cleared and saw out the remaining moments to take their prize.