Steve Clarke will be hoping to lead his team to Cardiff for a final showdown with Wales on Sunday. 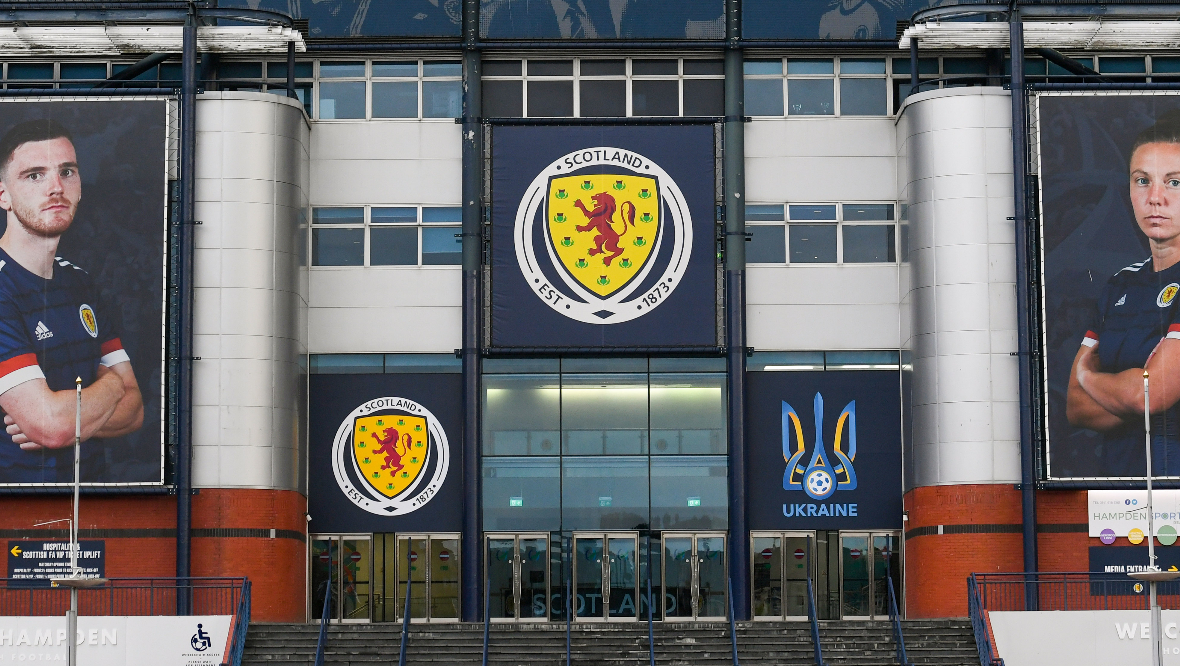 Scotland are to face Ukraine in a Play-off Semi-final on Wednesday night knowing that a victory would take them one step closer to a first FIFA World Cup Finals appearance in 24 years.

The winner of the Hampden showdown will take on Wales in Cardiff on Sunday for a place at the 2022 World Cup, which is set to take place in Qatar from November.

The eagerly anticipated fixture was originally planned for March 24 before it was postponed due to the ongoing conflict in Ukraine, after the Russian invasion of the country.

In what is set to be an emotionally charged occasion, it will be the Ukrainian national side’s first competitive outing since the war began back in February.

Road to the Play-Offs

Steve Clarke’s side go into the clash full of confidence having won each of their last six qualification games.

This included victories over Denmark and Austria, which led to a second-place finish in Group F.

Ukraine can also take confidence from their qualifiers, as they went unbeaten throughout the campaign.

They finished behind France after picking up 12 points from eight matches, which allowed them to finish a point above Finland.

The countries have only met on two occasions previously, both in the Euro 2008 qualifying campaign – where the head-to-head record stands at one win apiece.

Ukraine won the first clash between the sides 2-0 in 2006, before Scotland hit back in the reverse fixture at Hampden, with Kenny Miller, Lee McCulloch, and James McFadden all on target in a vital 3-1 victory.

Speaking ahead of the encounter, Scotland manager Steve Clarke said: “I think I said a long time ago that I hoped the game would go ahead in June because it would mean the situation has improved. It hasn’t, but we’re still here.

“We always said we would be guided by the Ukrainians as to how they felt and whether they felt the game should go ahead or not.

“They made the decision to get their football players out of the country and into a training camp to prepare for the game because they want to play. They want to try and give their nation a boost by qualifying for Qatar.

“So the games goes ahead but still with the horrific outside influence but, for us, we try and focus on the game of football.

“We do what we always do. We try to get on the front foot and we try to be positive in the game. I think the Ukrainian team will be the same. They’ll want to attack and they’re a good team going forward.

“So hopefully it’ll be a good game and hopefully the right result for Scotland.”

The game will kick off at 7.45pm on Wednesday, with coverage beginning on Sky Sports Football at 7pm.

You can also keep up with all the action here at STV News, courtesy of our live blog which will provide rolling updates on all the action.