Scotland squad fly out as Hampden gets makeover

Steve Clarke and his players will train in Spain and play two friendlies. 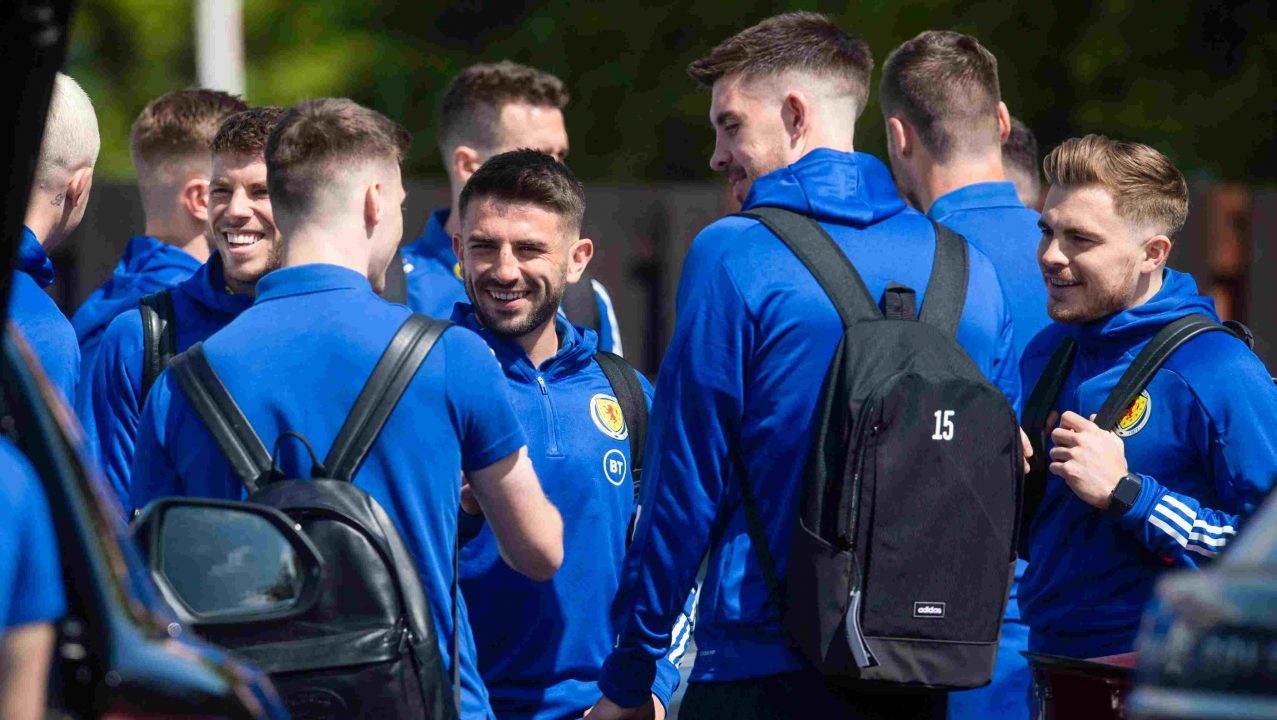 Steve Clarke and his Scotland squad have begun their preparations for the European Championships and are heading to Spain for their pre-tournament training camp.

The squad gathered to fly out from Glasgow airport for warm-weather training and two friendlies as they count down to the men’s team’s first appearance at a major finals since 1998.

Manchester United’s Scott McTominay and Chelsea midfielder Billy Gilmour will travel to Spain seaporately due to their club’s involvement in the Europa League and Champions League finals.

Clarke and his players will work at La Finca in Spain but travel to the Algarve for a friendly against Netherlands next Wednesday, and to play against Luxembourg four days later.

On their return, the squad will have some time off before heading to their tournament base camp at Rockliffe Hall in Middlesbrough where they will be based for the duration of the tournament.

Scotland are in Euro 2020 Group D and begin their campaign at Hampden with a game against Czech Republic on June 14.

The team then travel south to Wembley to face England on June 18 and return to Hampden for the final group game against Croatia on June 22.

While the players prepare for their opening match at Hampden, the national stadium has had a makeover ahead of the finals.

Four Euro 2020 games will be played in Mount Florida and with just a couple of weeks until the first matches, UEFA have taken control of the stadium and redecorated for the big occasion.