Rachel Corsie is hoping Scotland's experience of big games can help see them through to Australia and New Zealand. 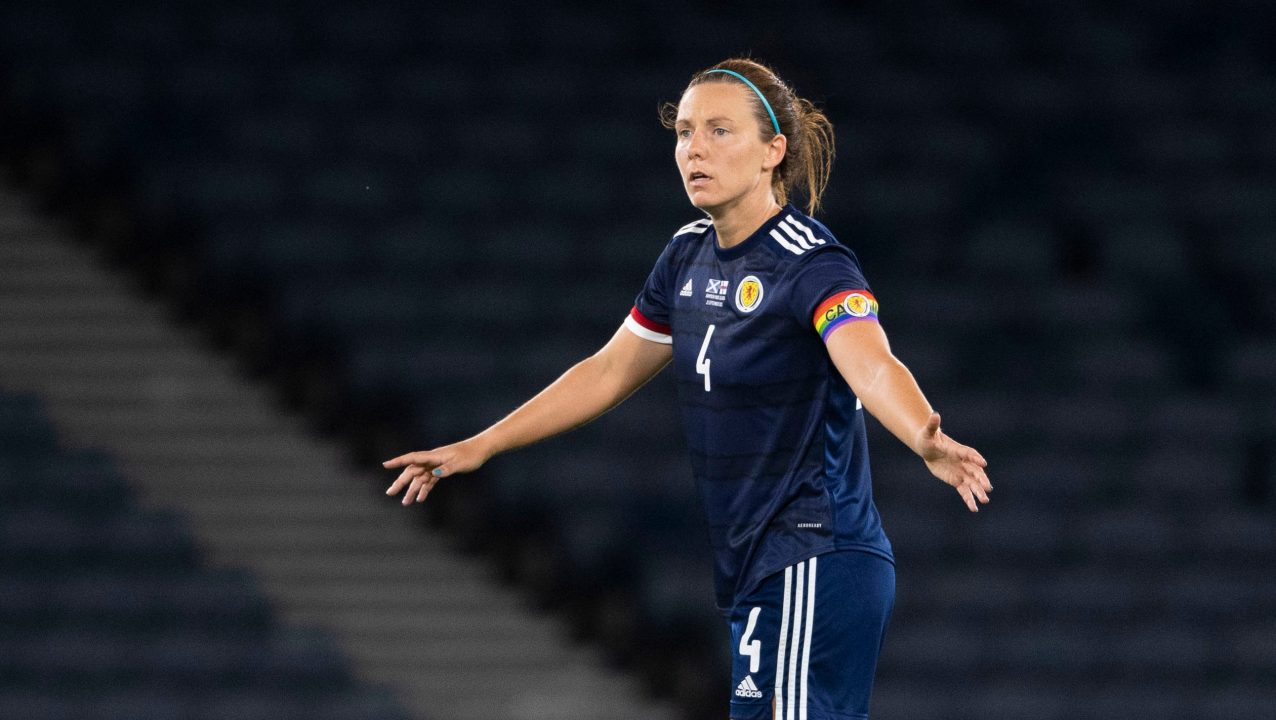 Scotland have their sights set on a place at next summer’s World Cup as they prepare to host Austria in a crunch qualifier.

Pedro Martinez Losa’s side play the Austrians at Hampden in their first play-off game in their bid to reach the tournament hosted by Australia and New Zealand.

Victory will set up a ‘final’ with the Republic of Ireland, but even if they are successful in that Scotland could face another round of nail-biting qualifiers.

With three European play-off rounds taken place only two of the winners will qualify directly while the third best-placed side will enter the inter-confederation play-off rounds.

That would mean another two games, a semi-final and a final, with the winner securing a place at the World Cup.

Scotland star Rachel Corsie says it has been a good training camp as they look to qualify for their second World Cup in a row after missing out on last summer’s Euros in England.

She said: “I think the environment has been really positive. We’ve had a couple of really good days on the training pitch. There’s a lot to cover in a short space of time, but the preparations have felt really concise and that’s obviously important going into the game feeling good.”

The 33-year-old Aston Villa defender has 130 international caps and is one of several players in the squad with experience of playing at major tournaments, but also knows the feeling of missing out when it feels so close.

And she is hopeful that experience within the team will help pull them through a tense qualifier at the national stadium on Thursday.

She said: “I think you have to pull into your corner and make sure it does help you. There’s a few of us
who have been through that. Others have had played in games of that stature where you have to win to progress. So, you know, I’m sure Austria feel the same and they’ll be trying to do the same. So every 1% counts.

“And we’ll do our best to make sure those players that have the experience help help the others, not only the younger ones, but help the others feel good going into tomorrow and help everyone perform as best as they can.