The men's national team beat Serbia to end a 22-year wait for a major finals. 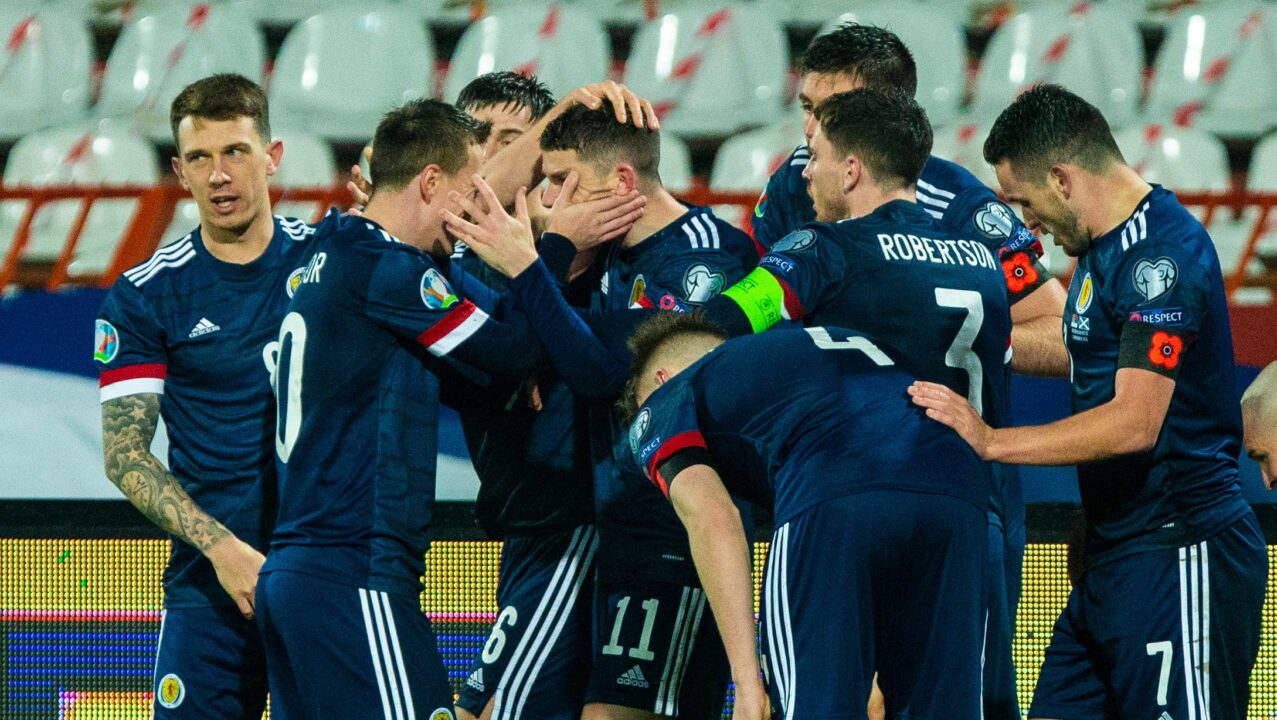 Scotland have reached the European Championship finals after beating Serbia on penalties in the play-off final.

After 120 minutes the sides couldn’t be separated and penalties were needed to decide who would reach Euro 2020.

Every spot-kick was scored until the last and David Marshall saved from Alexsandar Mitrovic to end a 22-year exile from major finals.

Ryan Christie tried his luck with an early free-kick from distance but couldn’t generate the power to test Predrag Rajkovic in the Serbia goal.

The hosts soon settled and came into the game, fashioning the best of the early chances after 23 minutes. After passing their way to a good position on the right, a ball in to Aleksandar Mitrovic was laid off and Sasa Lukic shot from the edge of the box but saw the ball go wide of David Marshall’s left post.

Scotland had the next good opportunity when a flick on from Lyndon Dykes, who was thriving as a target man, allowed the visitors to work the ball into John McGinn’s path on the left of Serbia’s box. The midfielder took a touch before getting his shot away and it was stopped easily by Rajkovic.

Dykes fashioned the best chance of the game early in the second half. Winning possession and carrying the ball forward, he cut inside and then rolled a pass for Andy Robertson but the captain hit his strike over the bar.

Moments later Scotland took the lead. Callum McGregor picked out Christie and the attacker collected with his back to goal, shifted left and then hit a smart shot back across the goalkeeper that went in off the base of the post.

Lifted by the goal, Scotland pushed forward again and won a corner but made nothing of it. Shortly after Christie tried his luck from another Dykes header but couldn’t test the Serbian keeper.

Serbia pushed to regain a foothold but Scotland continued to ask questions and keep the hosts as concerned with defence as attack. With 20 minutes to go a fierce long-range shot from McGregor flashed past the post but Serbia then went close through Sergej Milinkovic-Savic.

Christie then had a chance to add to his tally when he wriggled free of his marker in the box but saw his right-footed effort bend wide.

Dykes was called on to help defend when Serbia won a corner with 15 minutes left and he headed clear but seconds later Mitrovic got on the end of a cross only to head wide.

Declan Gallagher then headed behind when Mitrovic threatened and Scotland saw off danger again.

Kenny McLean and Oli McBurnie replaced Dykes and McGinn as Clarke looked to freshen up his side to see out the last remaining minutes.

There was a late scare when substitute Luka Jovic headed just wide and Callum Paterson replaced Christie as the visitors ran down the clock.

There was time for one last chance and Serbia took. Jovic got free from Scott McTominay at a corner and his header found the back of the net.

Extra time brought few chances for either side with Serbia looking the brighter team. Leigh Griffiths was brought on after 116 minutes in the hope of a spark in attack but Scotland found themselves defending another corner in the dying seconds. The set piece came to nothing and penalties were needed.

McGregor coolly scored his kick, and though Marshall got a hand to Jovic’s firmly hit shot he couldn’t keep it out.

McTominay stepped up and slammed a low shot into the bottom corner. Gudelj sent Marshall the wrong way.

Oli McBurnie stepped up with the pressure on and found the opposite corner from McTominay. Katai thumped his penalty into the back of the net.

Kenny McLean, who scored the winning penalty in the semi-final, made no mistake meaning Serbia needed to score their final kick. Mitrovic took the responsibility and went right. Marshall dived, saved and Scotland reached the European Championship finals.