Steve Clarke says everyone in his squad respects the 'magnitude' of the Euro 2020 play-off. 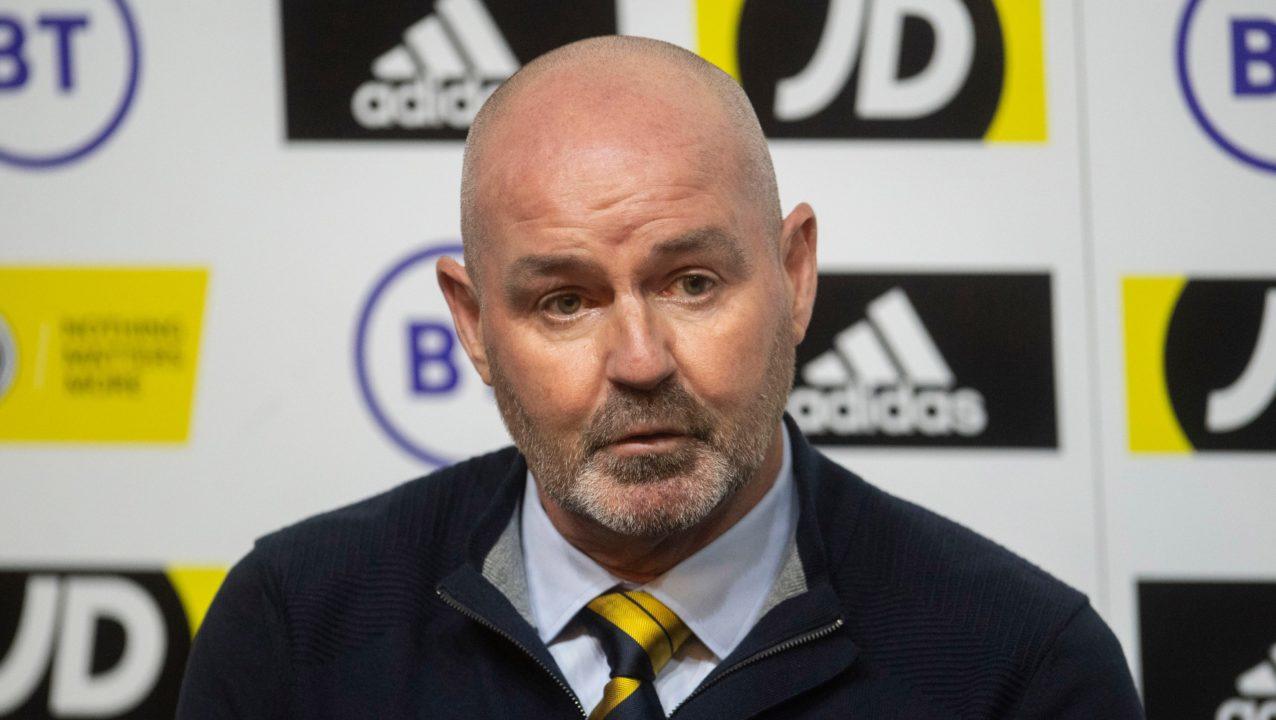 Scotland manager Steve Clarke insists he wont have to remind his players of the importance of next week’s clash with Israel.

The side’s meet in the Euro 2020 play-off final with the winners going on to play Norway or Serbia with qualiication for the finals tournament at stake.

Clarke has now named his squad for the Israel game and the subsequent Nations League matches against Slovakia and Czech Republic.

“I think you have to respect the magnitude of the game,” Clarke said. “I’ve spoken to the players about it at previous camps, about how it’s a chance to make a little bit of history for their country.

“The players are aware of the size of the game and what it means to the country and we’re all determined to put on a good show and make sure we’re all involved come November.”

The former Kilmarnock boss has named a 26-man group, saying that a bigger squad is needed for three games in the space of a week.

However, with Rangers and Celtic players playing their Premiership games on Sunday, and some England-based in action on the same day, 13 of the squad will be late in joining up with their international colleagues.

Clarke played down the short amount of time he’ll have to work with key players and said the groundwork for this match had been done already.

“We’ve had good work in the previous camps,” he said. “I find now I’m a little bit more comfortable that the principles, the way we want to play, the different formation we played last month that gives us other options, mean that we can utilise the squad fully.

“In an ideal scenario you wouldn’t have all those people playing on Sunday but that’s the way it is. We knew the SPFL were going to be good to us and try and schedule all the Premiership matches on the Friday night, which is great.

“But you don’t want Celtic and Rangers not to be involved in the Europa League play-offs [on Thursday]. They both are and we wish them well. The English boys were always going to be in that scenario.”

Clarke also reflected on the fact that current restrictions mean that the game, originally scheduled for March, will now be played behind closed doors.

“I don’t think there is too much point going on and on about the crowds,” he said.

“We just have to accept that and make sure that no matter who is in the stadium, the supporters will be somewhere safe, socially distancing and we can give them something to smile about at the end of the night.

“For the original tie in March, we sold 50,000 tickets, there was going to be a big interest and we knew they would be there to help us. They won’t be there in body but they will be there in spirit.”