0-0 draw leaves Scots with a chance of reaching the Euro 2020 knockout stages. 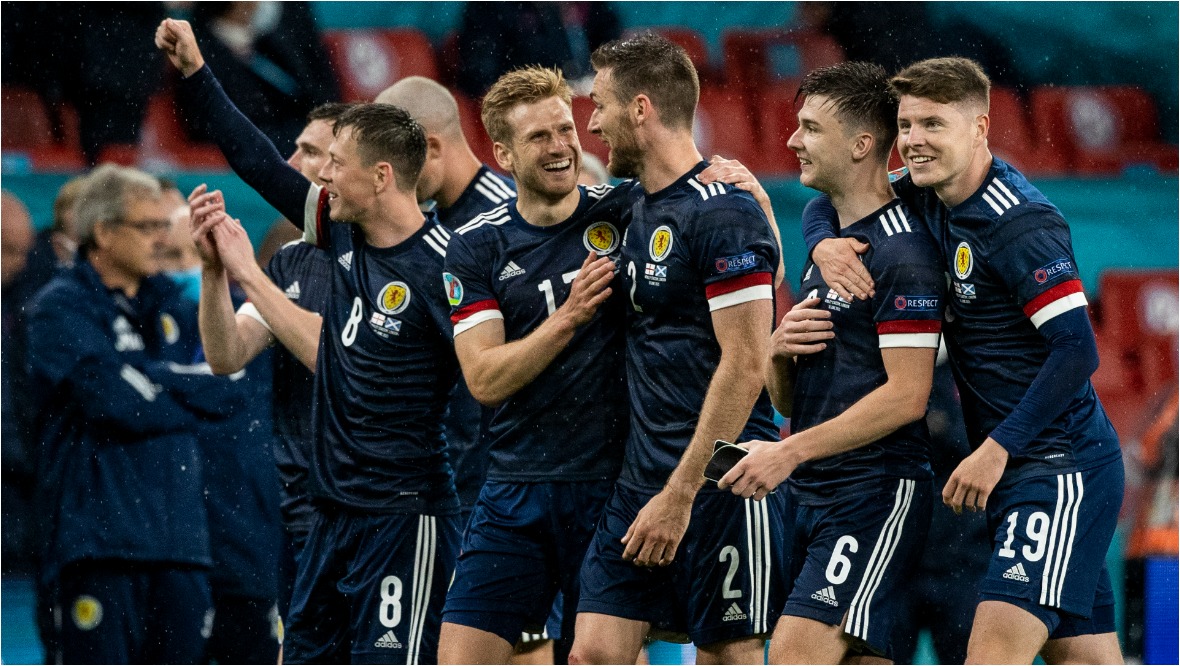 Scotland put in a superb performance to earn a draw with England at Wembley in their second game of Euro 2020.

Both sides had chances during the 90 minutes but were unable to break the deadlock as it ended 0-0.

Stephen O’Donnell and Lyndon Dykes had the best opportunities for Scotland either side of half-time, but the Tartan Army will be happy with a point that leaves them in with a chance of reaching the last 16.

Although, Scotland would have felt they deserved more after going close to opening the scoring on a number of occasions.

Both sets of players took the knee against racial injustice before kick off in front of nearly 25,000 fans.

Scotland created the first real chance of the game after three minutes, but Che Adams’ shot was blocked by John Stones in the England box.

Scotland put the England defence under pressure again on the ninth minute, but Andy Robertson’s cross was well dealt with by Tyrone Mings.

England came closest in the early stages, when Stones rose completely unmarked in the box to head a corner against the post.

Mason Mount was next to trouble the Scots, but fired wide from six yards.

It was a scrappy first 25 minutes, with eight fouls and John McGinn seeing yellow, but Scotland looked assured in possession.

But then the best chance of the half fell Scotland’s way, Stephen O’Donnell’s superb low volley nearly catching Jordan Pickford by surprise.

England came flying out of the blocks in the second half and Mount’s shot was palmed wide by David Marshall before Reece James fired over.

England dominated the early spells of the second half with Scotland relying on some last-ditch defending to keep the game goalless.

Lyndon Dykes then came agonisingly close to putting the Scots ahead when his volley was cleared off the line by James.

Scotland continued to look the more likely, and Adams fired wide as they hunted a winner.

As the seconds ticked away, the Scots had to defend for their lives as a stramash broke out in the six-yard box, but they threw everything in the way to secure their point.

Next up is Croatia at Hampden on Tuesday, when a win will give Scotland a great chance of reaching their first ever knockout stage at a major tournament.