The Rangers midfielder is to undergo surgery on a calf issue next week. 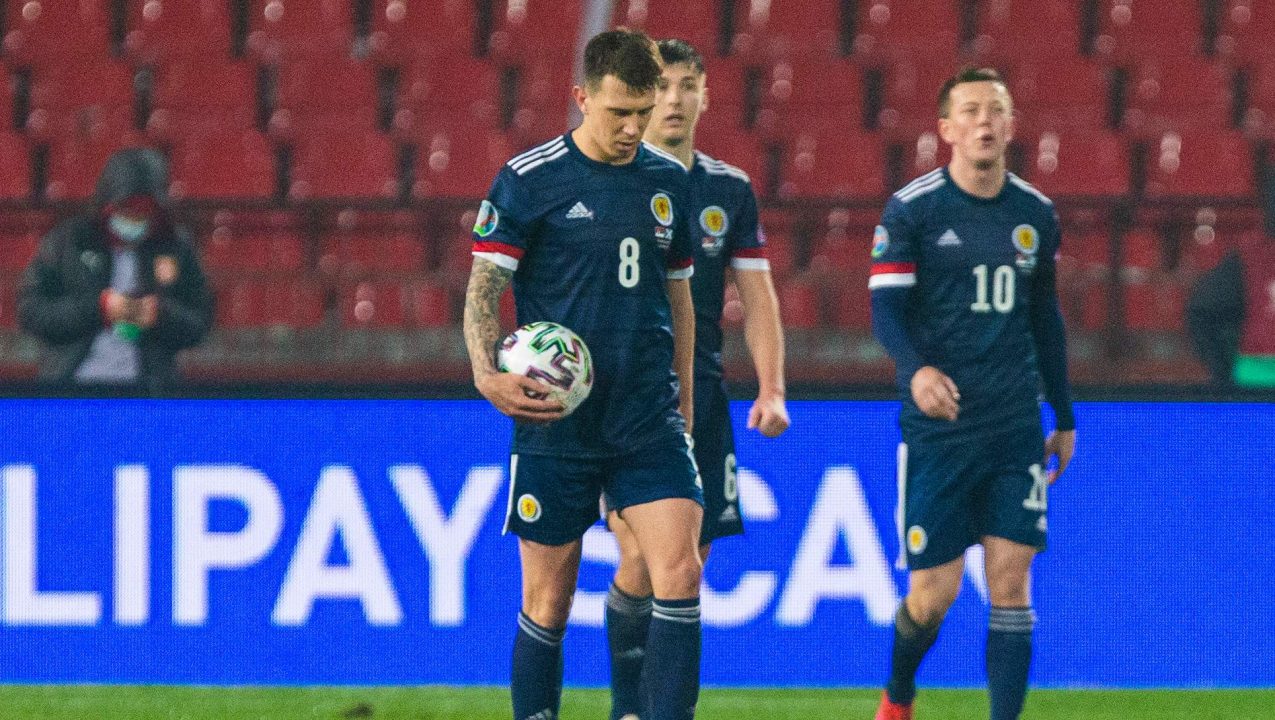 Ryan Jack has been ruled out of Scotland’s Euro 2020 campaign through injury, Rangers boss Steven Gerrard has said.

Jack has been sidelined with a calf issue since February and Gerrard revealed that he is to have an operation next week in the hope of solving the problem.

That means he won’t play for his club again this season, and won’t be fit for Scotland’s first major finals since 1998.

The midfielder, who has ten international caps, had been part of the squad that came through the play-offs to set up tournament group games against Czech Republic, England and Croatia but Steve Clarke will not be able to call on Jack when he names his squad.

“Unfortunately it’s mixed news for Ryan and the bad news is he’s ruled out for the rest of the season, so you won’t see Ryan play for Rangers again this season,” Gerrard said.

“He’s also ruled out of the Euros this summer, which is bad news for him from a personal point of view and everyone connected with the Scottish game as I think he’s been phenomenal for the national team.

“He was very much looking forward to that so it’s sad news for him. But the good news is that we’ve found a solution and got to the bottom of the problem.

“All being well in terms of his rehab from the procedure that he will have next week, he should be due to return in pre-season at some stage.”

Scotland boss Steve Clarke expressed his sympathy for Jack, saying he would have been part of his plans for the Euro finals.

“I’m hugely disappointed for Ryan as he deserved to be part of our squad for Euro 2020. His performances for Scotland have been excellent, not least in the Play-Off Final against Serbia when I thought he was outstanding at the heart of our midfield.

“I know how disappointed he is to miss out on the run-in to a memorable season – both with Rangers and with the national team at a major tournament this summer – but ultimately his long-term fitness is the most important objective for him now. We all wish Ryan a full and speedy recovery to enable him to get back to full fitness and playing at his best for club and country.”

Gerrard said that Jack was “frustrated and down” but said that the surgery would be a chance to put recurring injuries behind him and come back stronger.

The Rangers boss added: “As a medical team and a club, we’ve been putting a lot of effort in and a lot of time to try and find the right solution for Ryan.

“He has been frustrated and down. He missed the title run-in, which I know has frustrated him, and he has worked his socks off to put himself in a position to be in Scotland’s starting XI and he was really looking forward to the summer in terms of the Euros.

“He will be devastated deep down, I know he will. He is a winner, he wants to play. But now it is about putting the trust in the experts in this situation and they have found a situation that needs addressing.

“He needs a procedure to fix something that is very important. It wasn’t a case of trying to battle through.

“This is a situation that needs addressing right now and we need to trust the experts in this situation. We will, and next week some time he will have an important procedure that will hopefully, once he has recovered from that, mean he can play football matches consistently and he can be a help to us and Scotland moving forward.”