Robertson admitted his side weren't good enough in the 3-1 defeat to Ukraine. 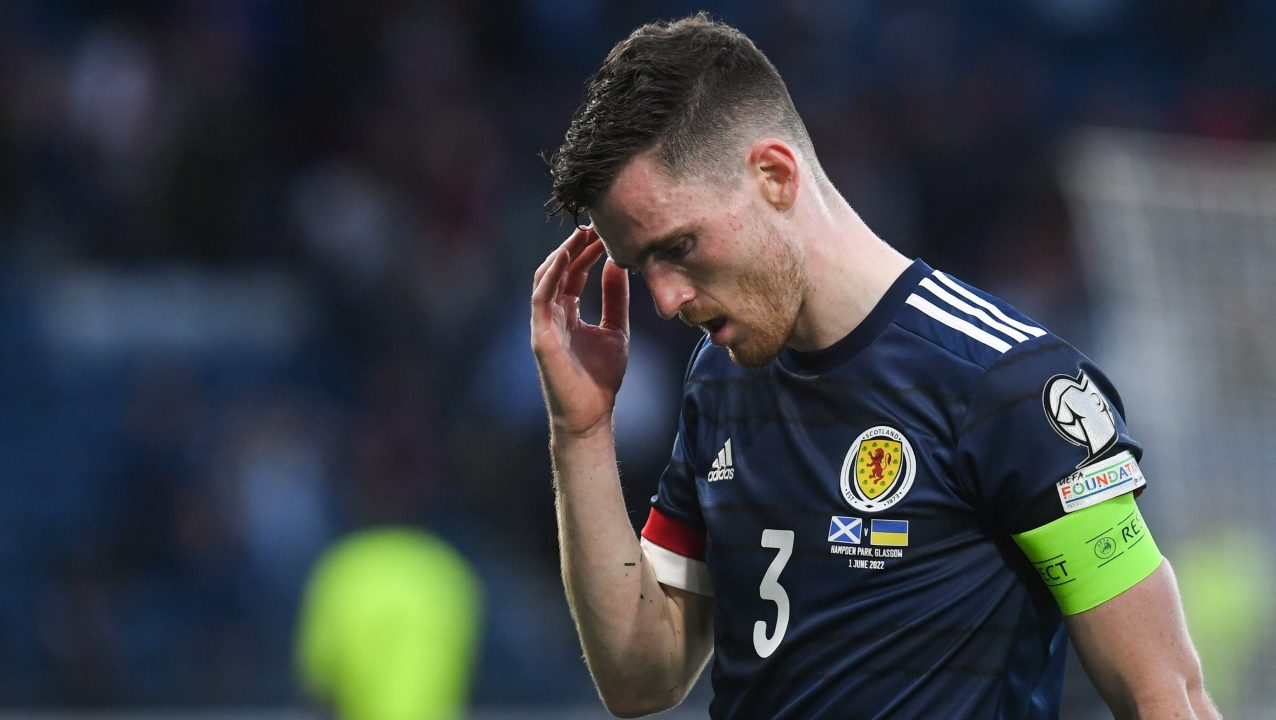 Scotland captain Andy Robertson says that the team need to accept the hurt of missing out on the World Cup and refocus on the Nations League and aiming to make the next European Championships.

The national team were beaten 3-1 at Hampden by Ukraine in their play-off semi-final on Wednesday night, ending hopes of reaching Qatar 2022 and ending a 24-year exile from the World Cup.

The winners go on to face Wales on Sunday in the final, while Scotland now have a week’s preparation for their home match against Armenia in the first game of the Nations League campaign before travelling to Dublin the following weekend to play Republic of Ireland.

Robertson said that the pain of losing out to Ukraine was understandable but should be put aside quickly.

“Tonight we have to allow ourselves to hurt,” he said. ” We have to let ourselves feel disappointed, of course we do.

“And then tomorrow, fully focused.

“We are building something here. I believe sometimes you need to take bumps in the road and tonight is certainly a huge one.”

Having reached Euro 2020, Robertson said the team would be determined to make the next continental finals and pointed out that the Nations League offers a play-off place to that competition that might be needed if traditional qualification doesn’t work out in Scotland’s favour.

“We’ve already been to one [major finals] and we have to try and get to another,” he said.

“Obviously the Nations League was the way in last time for the Euros and that starts next week.