Scotland will now host Republic of Ireland at the weekend before travelling to Krakow to take on Ukraine again. 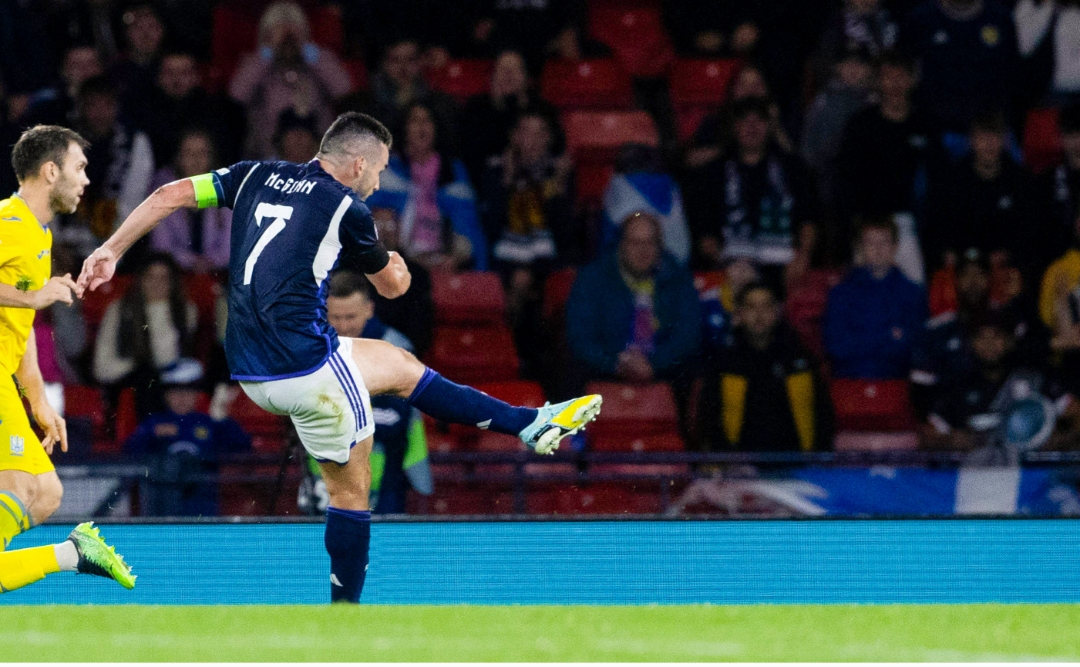 Scotland have defeated Ukraine 3-0 with a dominant display at Hampden that puts them top of their Nations League group.

Steve Clarke’s men are now two points ahead with two games left after the richly deserved victory over the team that knocked them out of the World Cup in the summer.

They will now play Republic of Ireland before travelling to Krakow for the return fixture against Ukraine that is being held in Poland.

John McGinn opened the scoring after an hour in Glasgow before a Lyndon Dykes double secured the victory in the second half. .

Scotland went into the game a point behind the Ukrainians at the top of League B’s Group 1 with Republic of Ireland in third and Armenia at the bottom.

Clarke resisted calls to name in form Celtic left-back Greg Taylor in his starting line up in plave of injured Andy Robertson.

Kieran Tierney instead moved into the position usually held by the captain.

Vice-captain McGinn was handed the armband and named in midfield alongside Callum McGregor, Stuart Armstrong and Ryan Christie.

Despite Ukraine starting brightest in the very early stages of the match, it was Scotland who created the first real chance when a Che Adams strike was well saved by Ukrainian goalkeeper Anatoliy Trubin on the tenth minute.

And the Tartan Army were nearly celebrating again around two minutes later when a low cross from Ryan Christie whizzed through the penalty area, but no one was able to get the vital touch.

Scotland kept the pressure on and this time it was the captain who came close when he headered a Nathan Patterson cross just over the bar before Stuart Armstrong forced Trubin into another save.

Steve Clarke was forced into the first change of the match when Everton right back Patterson went off injured and was replaced by Brentford’s Aaron Hickey.

The home crowd would have felt unfortunate not to go into the break ahead after having the lion’s share of chances in the first 45 but the score line remained 0-0 when the ref blew the whistle for half time.

The second half was ten minutes old when the first real chance fell to Armstrong but he failed to get the desired amount on power into his shot and it was easily saved again by the goalkeeper.

And another great chance fell to the Southampton midfielder on the hour mark but this time he lashed the ball well over the bar from close range.

The chances kept coming and Hickey won the corner when his shot was deflected wide as the Scots continued turning the screw just minutes before Adams had a great double chance with two headers.

His first effort rattled off the cross bar seconds before Trubin got down well to save the second chance with his feet as the Ukrainian’s thanked their lucky stars that the game remained goalless.

It was wave after wave of Scotland attack at this stage and Armstrong again came close but his header was just wide of the post.

And the dam finally broke when McGinn burst into the box to slide the ball into the bottom corner to make it 1-0 as the crowd erupted.

Scotland were well worth the lead but with 20 minutes remaining they weren’t ready to rest on their laurels as they pushed for the vital second.

Lyndon Dykes was brought on to replace Adams and it was the QPR forward who doubled the lead with ten minutes remaining when he connected with a Ryan Fraser corner to put Scotland 2-0 up with a header.

And the Australian born forward made it 3-0 with another header near the end.

Clarke, and the jubilant Tartan Army, will be delighted with the performance as much as the result with Scotland having 24 shots to three from Ukraine.