On an emotional night at Hampden, fans of Scotland and Ukraine admit they are friends right up until kick off. 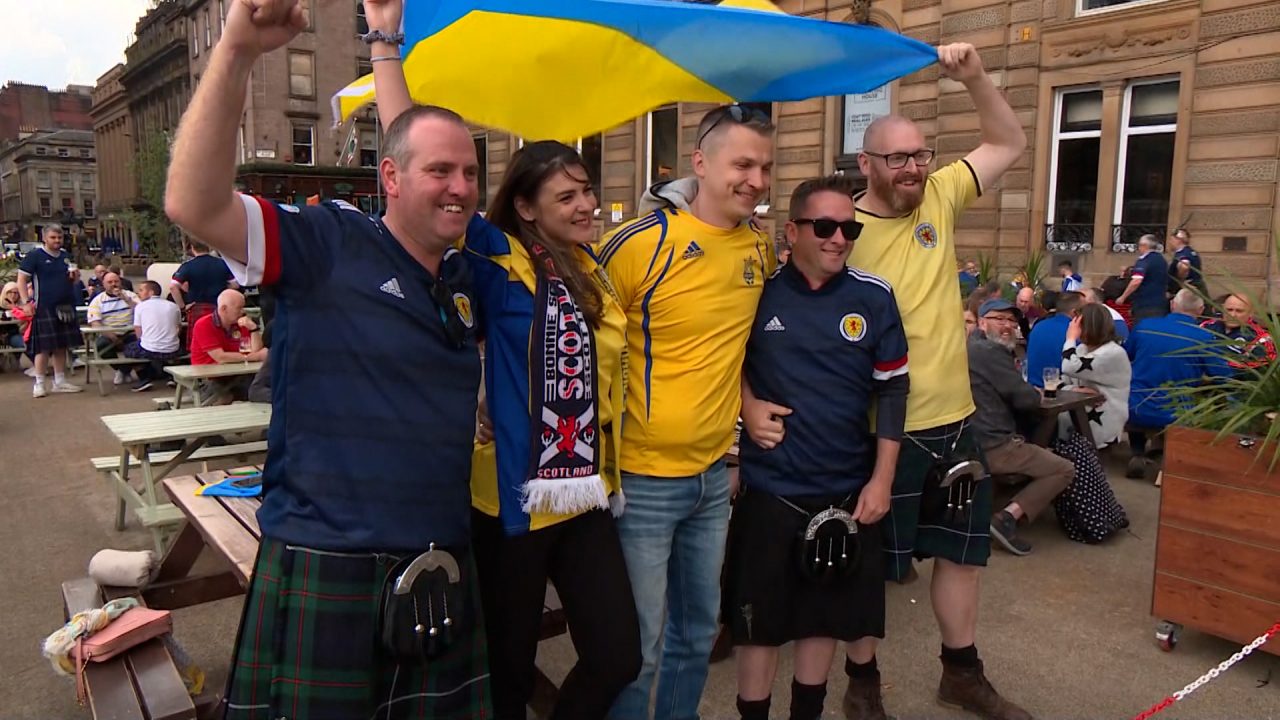 The eyes of the world are on Glasgow this evening as Scotland prepare to face Ukraine for a chance at World Cup qualification against the backdrop of Russia’s continuing invasion of the country.

On what is likely to be a poignant occasion at Hampden, Steve Clarke’s men are bidding to reach the World Cup finals for the first time in 24 years after ending their tournament exile with an appearance at last summer’s European Championships.

The Tartan Army are unbeaten in their last eight games and have not tasted defeat in a home qualifier for almost three years.

But away from the pitch, the famously boisterous home support have been welcoming the opposition support with open arms in a show of unity ahead of kick off.

“It’s so bad what’s happening over there,” one Scotland fan said.

“But on the pitch it’s a different story, isn’t it? We’ve got to play because it’s been a long time we’ve been waiting.”

Ukraine are expected to have a healthy ‘away’ support for the game, with the winners going on to face Wales for a place in Qatar later this year.

“It is about peace on Earth and, like, no more wars,” one Ukrainian fan who had travelled from Canada for the match told STV News.

Pointing to her half and half Scotland and Ukraine scarf, she added: “This is exactly the reason why I got this scarf.

“If I could ask God for both teams to win, that’s what I would wish for.”