Promotion is still a possibility as three big games loom. 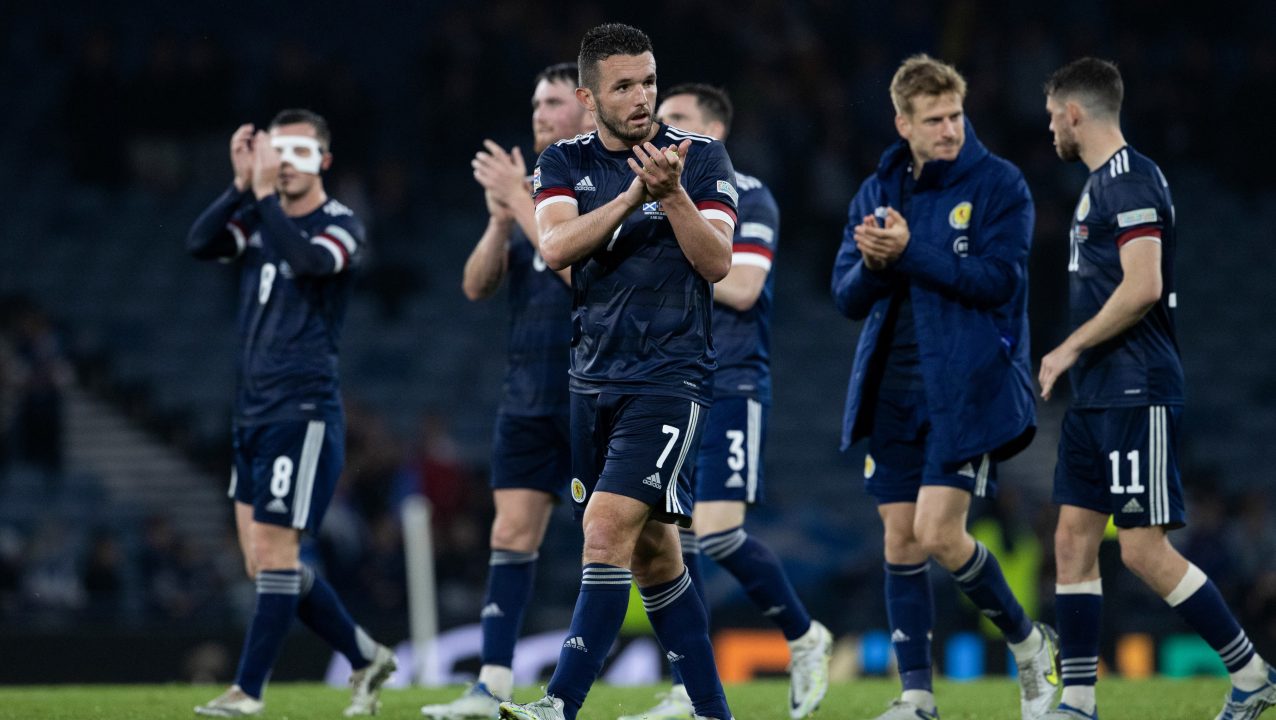 Scotland’s management and players are eyeing a win over Ukraine on Wednesday to turn around their Nations League campaign and boost hopes of promotion to the top level.

Steve Clarke and his players face three games within a week that will determine not only the final group standings, but also who will benefit from a place in the play-offs to reach Euro 2024 if a second qualification chance is needed.

The national team currently sit second in group B1, one point off the top but will be up against two sides that have delivered bruising defeats just a few months ago.

The meeting with Ukraine at Hampden sees the opposition return to the ground where they won the World Cup play-off in June. A repeat of that 3-1 victory would see the group leaders cement their position before they play Armenia on Saturday and welcome Clarke’s side in the group finale next Tuesday.

In between the two games against Ukraine, Scotland welcome Republic of Ireland to the national stadium with memories of a surprising 3-0 loss in Dublin still fresh in the memory.

Speaking ahead of Wednesday’s game, Scotland manager Clarke had admitted that the losses in June had “stalled” the progress of his team but he believes the opportunity is there to take another forward step. A victory on Wednesday would see the team jump top the top of the table.

“I think the Scottish public and Scottish now know that Ukraine are a very good team,” Clarke said. “I’m sure they will play to the same level but what I am looking for from our team is that we get back to the level that we can be.

“We never reached our levels in the summer but hopefully this time we do.”

The manager underlined the importance of success in the competition, noting that the Nations League had provided the second chance that saw the nation reach Euro 2020. He also pointed out that strong results this week could see Scotland seeded for the Euro 2024 qualifying draw, making direct qualification a little easier.

Goalkeeper Craig Gordon admitted that the June international camp had been a disappointment with two key defeats, but thinks this week is a different proposition. He felt players were exhausted after a long season in June, with many having suffered disappointments with their clubs. Now, he feels, they can be more positive.

“Hopefully we are in a better position now,” he said. “We will be desperate to go out there and put that right and get ourselves to the top of the group.

“It’s a new season now, everyone has gone through pre-season and started their seasons so hopefully we are all in a good place and ready to give everything we have got to get the points we need.”

Scotland midfielder Stuart Armstrong said: “We know they’re a difficult opponent, we found that out last time. But equally, we know our own capabilities and the results we’ve had in the past show we’re also a very good team.”

The match kicks off at 7.45pm at Hampden Park. Scotland then host Republic of Ireland on Saturday before travelling to Poland to play Ukraine next Tuesday.