The 29-year-old Scot has secured an impressive medal haul this summer, most recently at the European Championships. 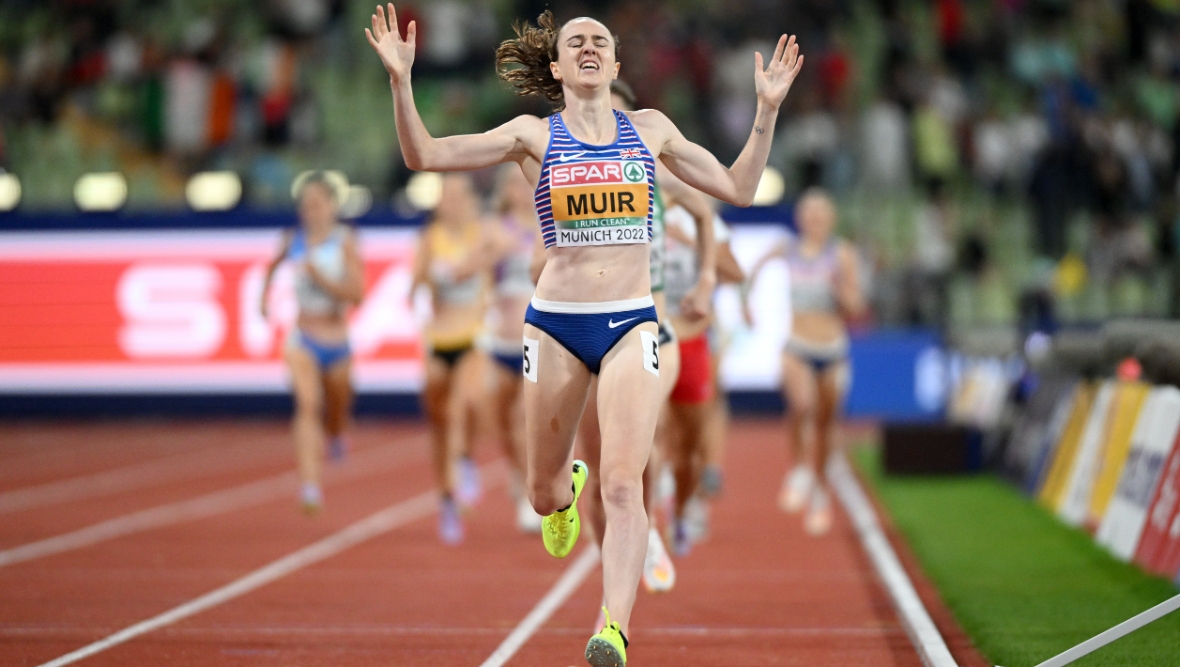 Laura Muir has spoken of her delight at retaining her European Championship title in the 1,500m.

The Scot won her fourth medal of a busy summer in Munich on Friday evening.

The 29-year-old powered to a commanding win to retain the title she claimed four years ago in Berlin.

She crossed the line in 4:01.08, with Ireland’s Ciara Mageean 1.48 seconds behind. Poland’s Sofia Ennaoui took the bronze ahead of Britain’s Katie Snowden.

Muir told STV News that despite feeling tired “mentally and physically” following the Commonwealth Games in Birmingham, she was determined to defend her final title of the season.

She said: “The Commonwealth is a lot, it was big, especially doing the double (with the European Championships).

“Coming off the back of that, I was pretty tired both mentally and physically. But this was the last one. This is the only remaining title that I had outdoors prior to this year.

“I really wanted to defend my titles, European champion, and yeah to finish the last championship with the gold, I’m just so happy with it.

“I couldn’t wish for more at the end of the season.”