George Miller is the director for visually-impaired bowler Melanie Inness and they play with Robert Barr and his director Sarah Jane Ewing. 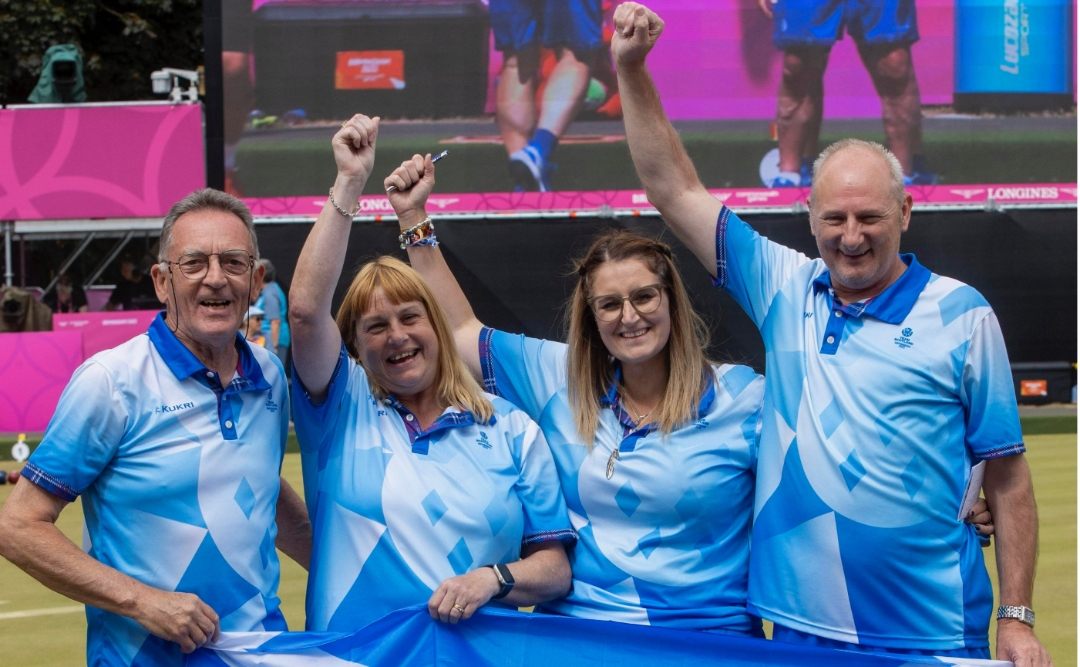 The 75-year-old, from Ardrossan in Ayrshire, is the director for visually-impaired bowler Melanie Inness and they play with Robert Barr and his director Sarah Jane Ewing.

The quartet defeated Wales in the final of the Para Mixed Pairs B2/B3 on Friday afternoon.

It is also the first time that Team Scotland have won the event.

Born in 1946, Miller was already the oldest member of any Team Scotland squad in history and beats the record of Willie Wood who was 72 at his final Games in 2010.

But at three years older Miller now takes the title with the victory on day eight of the games.

Up until four years ago only the bowlers themselves were awarded medals but Gold Coast 2018 the decision was made to also award directors for their efforts.

The Sportscotland Director of High Performance praised the performance.

Mike Whittingham said: “Winning medals on the global stage is far from easy and Robert, Melanie, Sarah Jane and George should be incredibly proud after putting in an incredible performance to win gold.

“It is the result of a huge amount of effort and our congratulations go to all four, as well as their support staff and everyone at Bowls Scotland.”

The win caps a fine week for Team Scotland with gold medals in track, judo, swimming and on the lawn.

And there could be more to come including for Laura Muir who has reached both the 800 and 1500 metre finals that will be held this weekend.