Jack: Rangers have everything to play for against RB Leipzig at Ibrox

The midfielder says the Europa League semi-final is far from over. 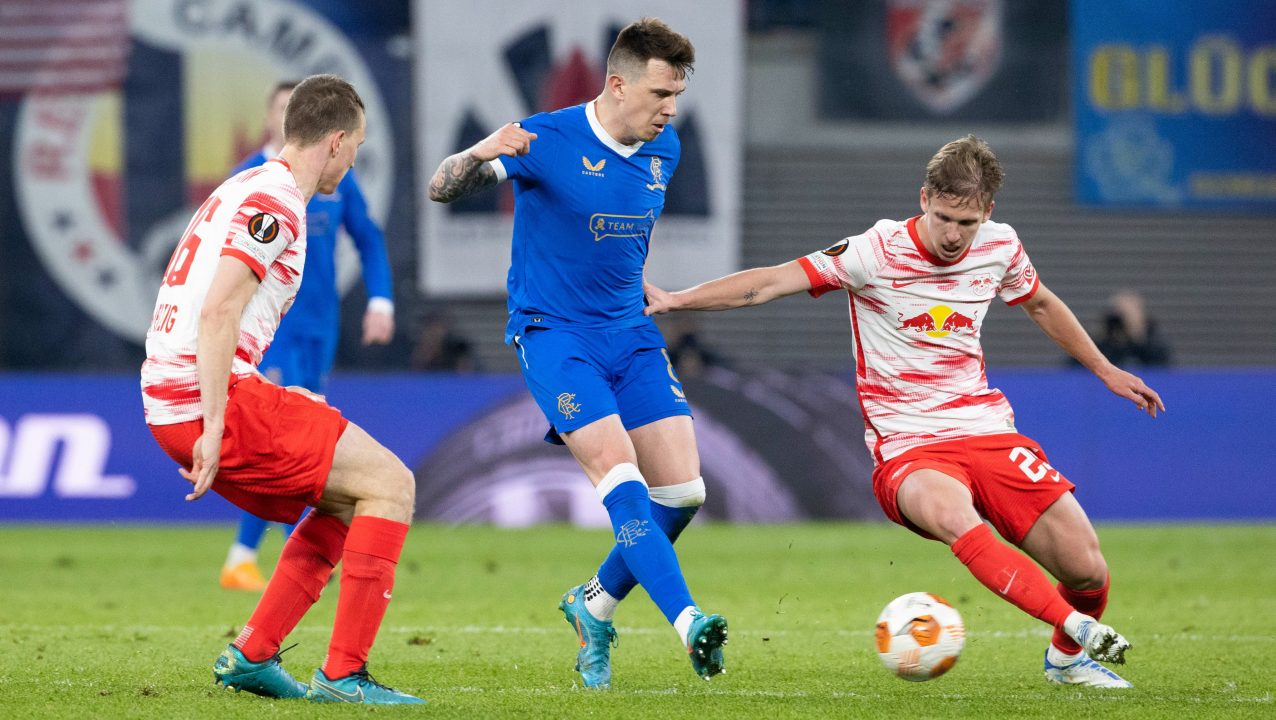 Rangers midfielder Ryan Jack insists the Europa League semi-final is far from over and his side can beat RB Leipzig at Ibrox.

A goal from Angelino gave the Bundesliga side a 1-0 win at the Re Bull Arena in the first leg on Thursday, leaving Rangers and uphill battle if they are to reach the final in Seville.

Jack admitted that defeat was disappointing after a solid performance but said that the team needs to believe they can have another memorable night in front of their own fans to reach their goal.

He said: “We gave ourselves every chance going into the second half by keeping it 0-0 and then obviously we got undone by a set-play, which is disappointing in the end.

“So it’s still all to play for, for us and that’s the mentality that we need to have next week, that going into the game at Ibrox with our fans behind us, we’ve done it before so we’re excited to try and do that again.”

Asked if he would have accepted a narrow defeat against Leipzig before the game, with the tie still alive, Jack stated that the team believed they could have had a better result, based on previous rounds.

“I wouldn’t say ‘taken’ to be honest,” he said. “I think when we go into the games and at this level we always expect to compete and, and we’ve been away to big games before and got results. So I think we came in thinking that we could, we could get a better result than what we did.

“But as I just touched on, it’s all to play for. At 1-0, we’ve been in that situation before and managed to turn it round.

“So we know how tough the task will be next week because Leipzig are a great team. But for us, we’ve kept ourselves alive and hopefully with our crowd behind us next week, anything’s possible.”