Eilish McColgan's record-breaking gold in the 10,000m comes 36 years after her mother won at the Edinburgh Games. 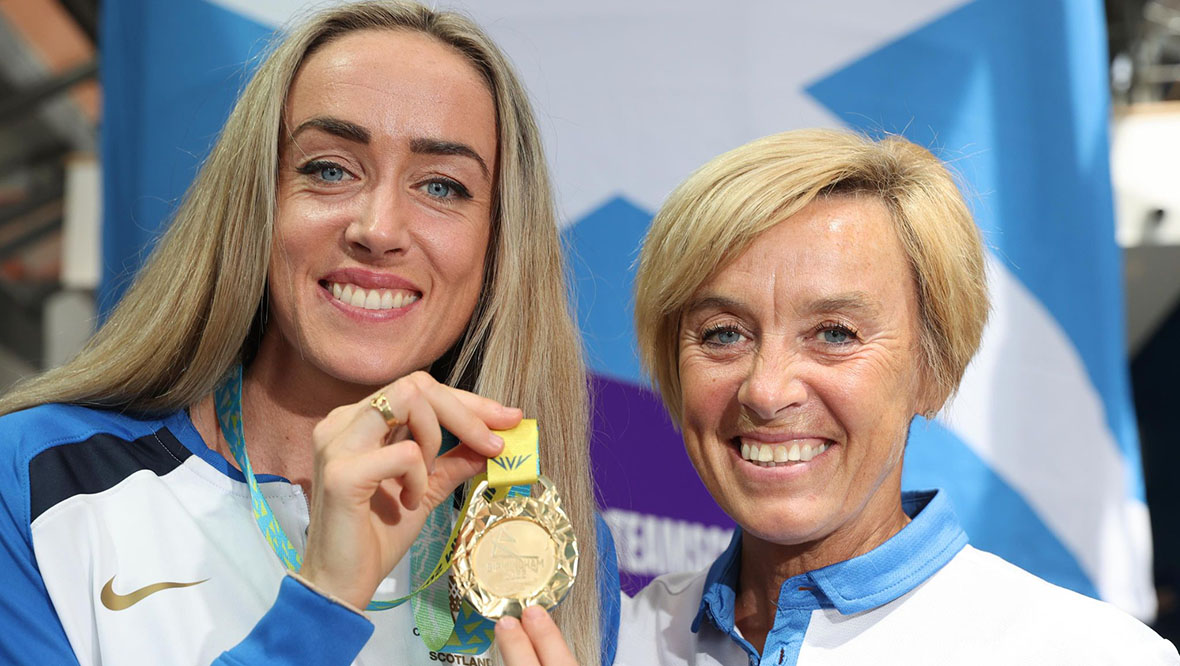 Wrapped in the Saltire flag, Eilish McColgan darted across the athletics track inside Birmingham’s raucous Alexander Stadium and embraced her mum Liz in the crowd.

Just moments before, the 31-year-old had won Commonwealth gold in the 10,000m event, emulating her mother’s achievement in the same event at the Edinburgh Games in 1986 and the New Zealand Games in 1990.

It was a poignant embrace at the end of a successful day for Team Scotland, who won four gold medals in the space of four hours.

STV News looks back at Liz’s victory at Edinburgh’s Meadowbank Stadium 36 years ago, alongside her daughter’s triumph in Birmingham on Wednesday night.

“For it to all happen in front of a home crowd and to have my family here, I can’t stop smiling. It’s just a crazy series of events and to follow literally in my mum’s footsteps, it’s surreal.

Eilish won gold – her first major title – with a record time of 30:48:60. She roared back to defeat Kenya’s Irine Cheptai on the home straight after the Kenyan had raced to the front of the pack.

Liz said: “For me as a mother, not even as just a coach, to witness your daughter winning is just amazing and to win it in the same event I won it in.

“She’s just ran the race I always knew she was capable of winning. It was amazing to watch, it was very nerve-racking to watch. It’s been a long time coming and she put it together tonight and I’m just really, really pleased.”