The cycle challenge will end on Saturday and will deliver the match ball for the Doddie Weir Cup. 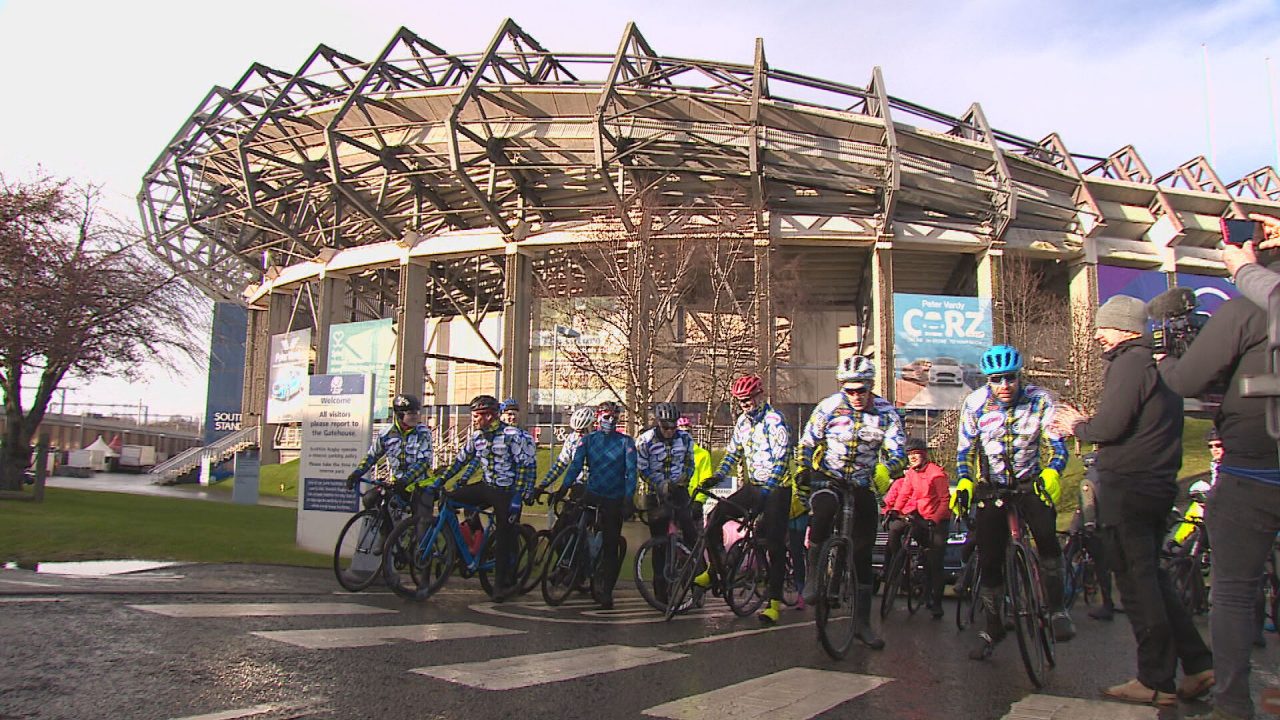 A charity cycle team made up of a host of rugby legends is cycling over 500 miles between Edinburgh and Cardiff in 48 hours for Doddie Weir’s MND charity.

Led by former Scotland star Rob Wainwright the ride kicked off at Murrayfield Stadium and the Principality Stadium in the Welsh capital to raise money for the My Name’5 Doddie Foundation.

The challenge will end on February 12 and will deliver the match ball for the Doddie Weir Cup game between Scotland and Wales.

The Doddie Cup 500, includes international rugby players and endurance cyclists, such as world record holder, Mark Beaumont, amongst the 100-strong peloton of riders.

Speaking ahead of the event Rob Wainwright, who also played with Weir for the British and Irish Lions, said: “We have to believe that a breakthrough in MND treatment is just round the corner, and push ourselves and others to raise funds to realise that dream.

“We do it for extraordinary people like Doddie and Davy Zyw, but ultimately for all the other friends we have not met who suffer or will suffer from this awful disease.

“Our quest is to put MND in the bin that contains Smallpox and the growing list of other ex-diseases, and your support in that quest is vital and very welcome.”

Mark Beaumont added: “The Doddie Cup 500 ride is the gloriously hard finale to the Doddie Aid campaign. Having been on the inaugural pedal to Twickenham, I remember both extremes, the wicked weather, and the wonderful camaraderie!

“Our ride to Wales is shaping up to be equally memorable – thank you to everyone who has shown their support.”

Riders last year averaged three hours of sleep across 48 hours during the gruelling challenge, which saw them maintain speeds of 15mph to deliver the match ball on time. This year’s ride is split into legs with short breaks at rugby clubs throughout Scotland, England, and Wales.

Riders can opt to ride the full 500 miles or split the distance with their teammates in relay form.

Donations can be made on the Doddie Cup 500 page.