The Easter Road side shrugged off previous Hampden disappointment to beat Dundee United. 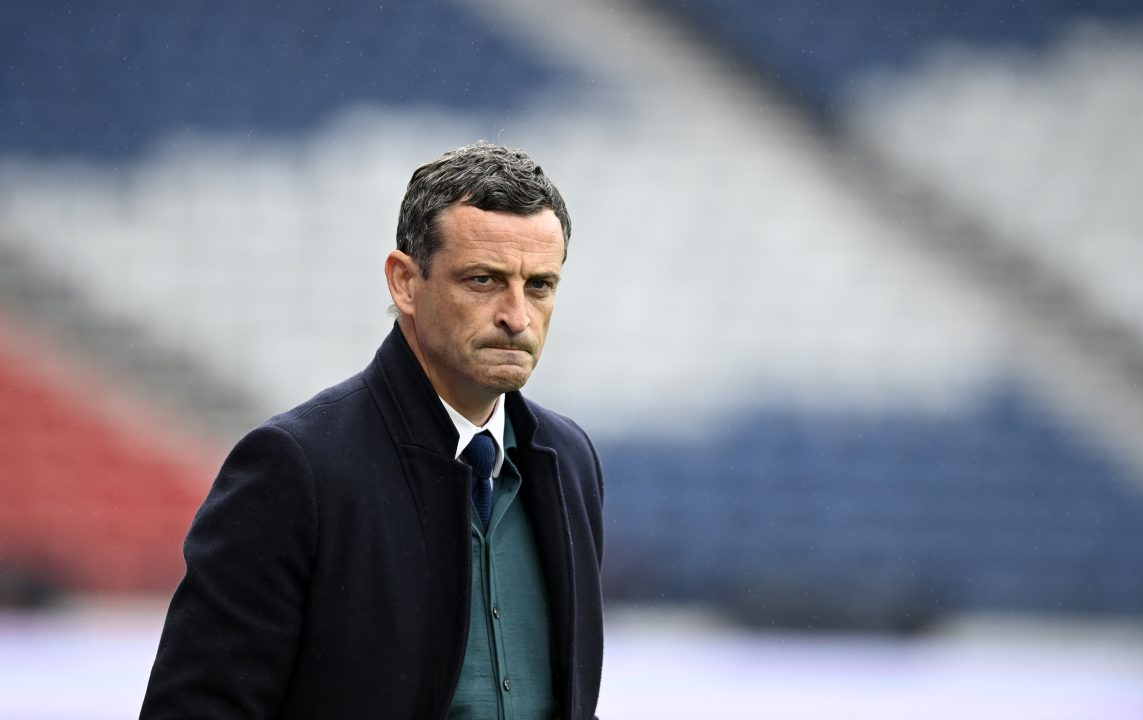 Hibs boss Jack Ross saw his players beat Dundee United 2-0 in the last four of the Scottish Cup and said he can’t wait to lead them out at the showpiece final.

Goals from Kevin Nisbet and Christian Doidge saw off United to set up a date with either St Mirren or St Johnstone at the national stadium, giving Hibs the chance to lift the famous trophy for the first time since 2016.

That last appearance in the final, when the win over Rangers ended a 114-year wait to win the competition again, put everyone involved in the history books at the club, and Ross now has the same opportunity.

“I don’t often pause to think of it from my own point of view because it is my job, to get the best from the players,” the head coach said.

“But this competition is special to me.

“I grew up with it being a big deal. I am a football fan, a football lover and I am looking forward to leading Hibs out here.

“I know the history of the club in this tournament.

“Our players have the chance to put themselves into the fabric of the club and we passed another test in that regard today. I am really excited.”

In the last seven months Hibs had lost to Hearts at Hampden in the delayed semi-final of the 2020 Scottish Cup, and then were knocked out at the same stage of the League Cup by St Johnstone.

Ross said he was delighted to see his side show the mental strength to put those disappoinments behind them and get it right at the national stadium.

“It is a fantastic feeling,” he said. “I’m really proud of the players and staff, I am delighted for them. They have been terrific for me all season.

“They showed a lot of strength of character to want to come back to here again at this stage of the tournament.

“It was never in doubt for me. Other people will question, but you only get to that stage of tournaments and be where you are in the league if you are a good side.

“It is fine margins in all these games, even today, but we played well.

“The last message to the players today was how much I trust them and they should trust themselves and each other and produce a performance that reflected being in that frame of mind.

“I would have taken any sort of win to get to the final, robbed it or been really poor, but the fact that we played well, controlled the game, scored two really good goals is a really good afternoon.

“It is a happy changing room at the moment.

“We are delighted with what we achieved today, we just need to come back in two weeks and try to replicate that type of performance and have the same feeling.”