Stephen Robinson has been forced to tell players they won't get new contracts over Zoom. 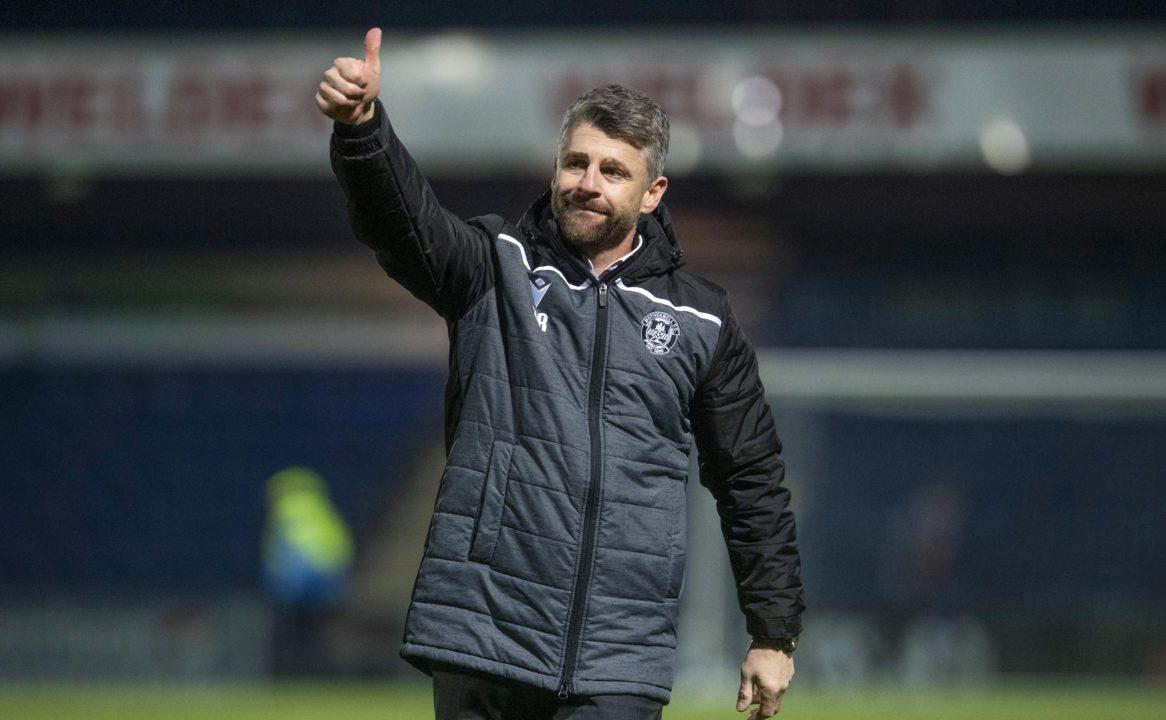 Motherwell boss Stephen Robinson said his emotions were “bittersweet” as the high of finishing third in the Premiership was followed by the low of having to tell players their time at the club was up.

The Fir Park side will play European football next season after the SPFL opted to call the top-flight campaign on Monday on a points-per-game basis.

Robinson has guided the Steelmen to their highest league finish since 2015 and the Northern Irishman believes it’s just reward for their hard work across the season.

He said: “It’s fantastic for the whole football club, the players should be very proud.

“Ultimately I thought we would have finished third over the calendar year anyway.

“I think we thoroughly deserved it, some of the football we’ve played has been excellent and some of the young players have really stood up.”

I had the unenviable task of telling players through Zoom and Whatsapp calls they aren’t going to get contracts.

Robinson couldn’t toast his team’s success for too long, though, as his attention quickly turned towards planning for the next campaign.

The former Oldham boss said he’s already been forced to let players go via Zoom calls as the financial impact of the coronavirus pandemic hits home.

He continued: “As much as we were happy with the achievement and getting a European spot, I had the unenviable task of phoning players and telling players through Zoom and Whatsapp calls with Keith Lasley that they aren’t going to get contracts, boys who aren’t going to be kept on for next season.

“It was a bittersweet moment, it’s the hardest bit of football, but that is the start of our preparations coming back.

“I knew who was and wasn’t going to get a contract. I don’t think it was a great surprise to a lot of the players I spoke to.

“Some are probably dictated by finance at the moment. Everyone is going to have to tighten their purse strings.

“So boys who we were maybe going to give another year to see how they progress we weren’t able to.

“We just had to get to the base squad we are committed to.

“They were difficult conversations but I think it was only fair to them to do it as quickly as possible to give them a heads up on their livelihoods and careers as up until then there was still a remote chance we may have come back to play the season out.

“Unfortunately, I have had to make too many (of these difficult decisions). It’s part of football.

“A lot of the boys knew it was coming but one or two, if finances dictated, we would have given another year to see how they progress.

“There’s a couple of boys we brought into Scottish and UK football for the first time we felt another season would develop them.

“But we are not in a position to take gambles.

“We take a couple each year, Christie Manzinga was one and given another year he may have really progressed here but we don’t have that option.

“At this club we don’t throw them out the door. We will speak to agent and clubs on their behalf, we try and help people.”

Robinson expects to continue the club’s policy of bringing through academy prospects at Fir Park next season as the club looks to combat lost revenue.

“Boys we have offered contracts to we are still hoping to fulfil them,” said the Northern Irishman.

“It may be at a lower rate of pay.

“I haven’t got the budget yet as all this only happened yesterday. But it’s going to make an impact, make no mistake. Every club in the country will be exactly the same, not just us.

“We are in a decent position in terms of where we finished and European football, but there will be a big impact on budget and the club, staff and Scottish football as a whole.

“We have boys contracted. We will try and fulfil the contracts to the younger boys we have offered contracts to, as that is who the club is going to be built around.”