The Scotland captain expects changes in personnel but wants to keep momentum. 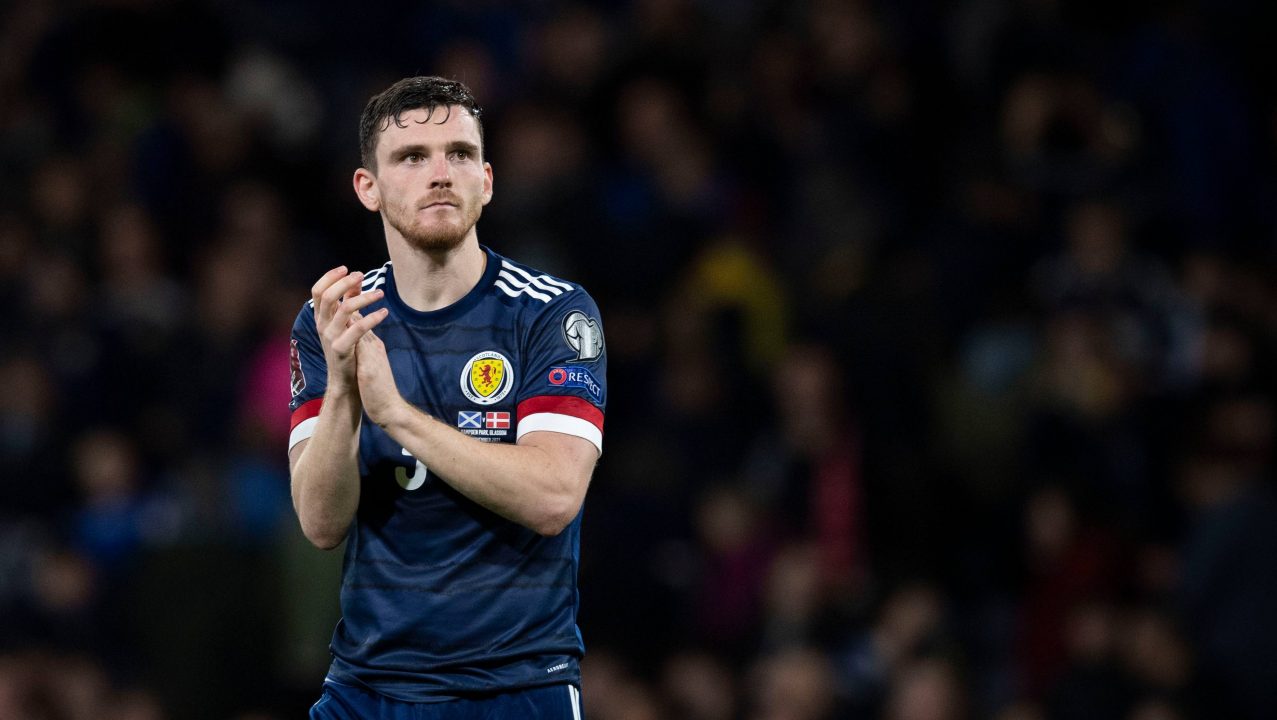 Scotland captain Andy Robertson believes the team can maintain their high standards even if Steve Clarke rings the changes against Austria.

The national team are in Vienna for Tuesday night’s friendly hoping to extend an unbeaten run to eight games, with manager and players stressing the importance of momentum ahead of competitive games to come.

Scotland’s next scheduled matches are the Nations League fixtures in June, but the World Cup play-off semi-final against Ukraine is also pencilled in for that month, with the date yet to be confirmed.

With all the focus on reaching Qatar 2022, going into the summer matches on a high is essential, and the team are hoping for a repeat of their last match against Austria.

The sides met in the qualifying group and after a 2-2 draw at Hampden, Lydon Dykes scored from the penalty spot to give the Scots a memorable win and three vital points.

Clarke is plotting another victory on Tuesday but has also signalled that he will freshen up his side for their second friendly in a week, conscious that players are entering a demanding final stretch of the season with their clubs.

That could mean opportunities for the less experienced players and new call-ups like Craig Halkett or Aaron Hickey but is also likely to signal a return for captain Andy Robertson and striker Dykes, who were unavailable for the 1-1 draw with Poland.

While a raft of changes could trigger a loss of consistency, Robertson feels that the clear expectations Clarke has instilled in a group of experienced players means that it will be easier to maintain a style and level of performance.

Robertson said: “I think the manager since he’s came in, he’s been very clear and he’s kept the core group together and then he’s added some youth like Billy (Gilmour) and Patto (Nathan Patterson) and people like that.

“But you’ve got the core group that know exactly what the manager wants and exactly what what we need to play for Scotland.

“I think when new boys come in they see that pretty quickly and they know exactly what we need from them.

“So it helps that everyone’s on the same page, helps pushing everyone forward. And it means when new guys are called upon then they just come in seamlessly.

“And I think you’ve seen that and long may that continue.”

For Robertson, the international friendlies come as Liverpool are not only looking to overcome Manchester City ion the battle for the English Premier League title but are also challenging for the Champions League and to add the FA Cup to the League Cup they already hold for a remarkable quadruple.

Asked if he could have rested instead of answering the Scotland call, he was adamant that it wasn’t an option for him and that he had the support of Jurgen Klopp in managing a busy schedule that includes club and country games.

“I love playing games, I don’t want to be sitting in my house if I don’t have to be,” he said. “I am fit and well and am looking forward to the games.

“I love coming away here, I love playing games with Scotland and meeting up with the boys. Obviously, I am captain as well. I am looking forward to hopefully another cap tomorrow and then will go back to Liverpool fresh and good to go for the run-in.

“I wanted to come and as soon as I felt better I was ready to come up. I wanted to make Thursday, but it came too soon for me. Luckily, this game was coming around and I look forward to tomorrow.

“The manager of Liverpool supports the boys who go away on international duty, he knows how important it is for all of us.

“He wants us to be sensible of course, but he knows how important it is to us, just like every Liverpool game, and we always make ourselves available for them. He will probably be happy that I have only played one game and not two.

“Hopefully I will get another cap tomorrow and that is the most important thing for Scotland.”