The Hearts boss said the player had shown his potential with a big performance. 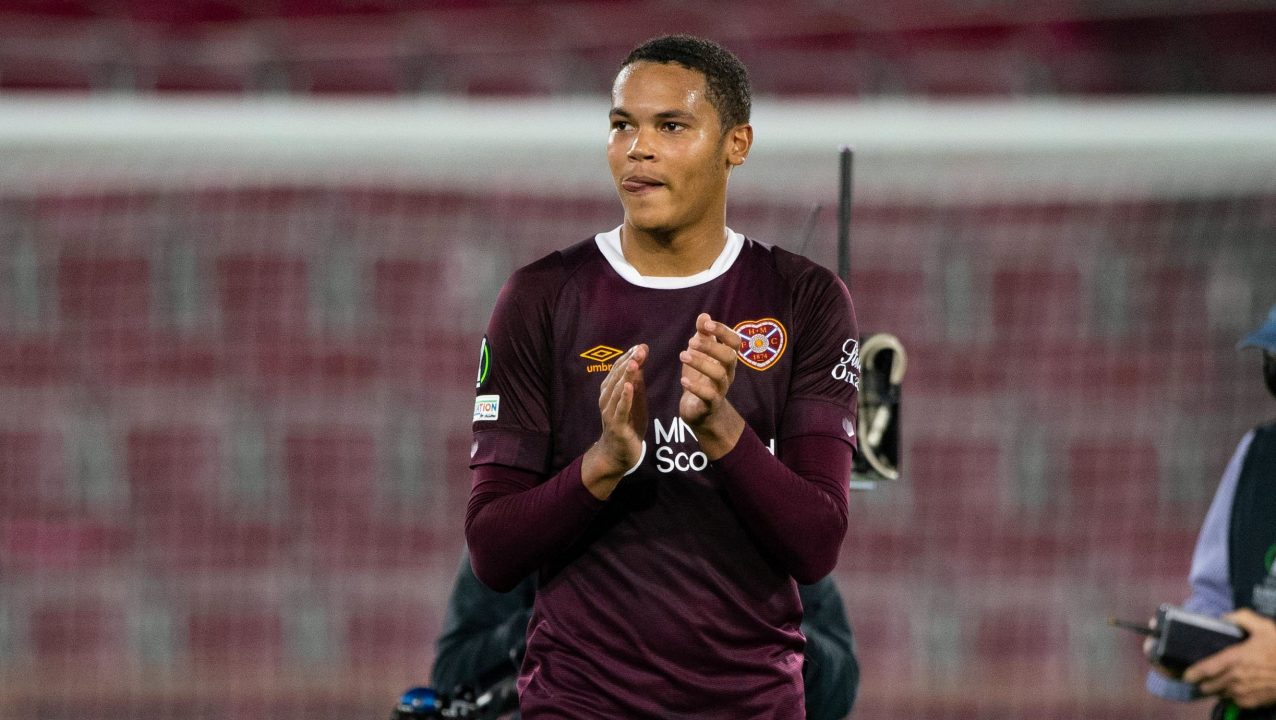 Hearts boss Robbie Neilson shared his delight in Toby Sibbick’s performance after the defender shone in the win over RFS.

The 23-year-old has had his share of criticism in the past but his display in the Europa Conference League match had the Tynecastle support chanting his name throughout the second half.

That didn’t surprise his manager, who acknowledged that it hasn’t always been plain sailing for that centre-back, and felt that the attention from fans was well-deserved.

“I’m delighted for him,” Neilson said. “Toby has had a hard time recently.

“Since he came in he hasn’t hit the levels he’d have wanted consistently. There have been flashes of what we had tonight, but he just has to maintain that.

“To his credit he has worked hard, he’s waited for his opportunity and he has come in tonight to European football and played like that.

“He now has to maintain that aggression, that intensity, and those concentration levels because there is no doubt about his ability.

“We all know he’s a good player, we see it in training every day. It’s about bringing that onto the pitch and he’s managed to do that in the last couple of games.”

Hearts had learned before kick-off that regardless of the result, their hopes of progressing in the competition had ended when Fiorentina beat Basaksehir in the early match in the group. Neilson insisted that the news didn’t affect his players’ desire for victory.

The manager said he was impressed with how they had tackled the challenge, and got the two early goals that ensured three points.

“I was delighted with the first 20-25 minutes, we started the game really well,” he said.

“We had a lot of intensity, we had the fans behind us, we managed to get two goals.

“Then we took our foot off the gas a wee bit and allowed RFS to get into the game.

“They scored a fantastic goal and we never really got control after that, which was disappointing.”