The Hearts boss is looking forward to strengthening his squad for next season's challenges. 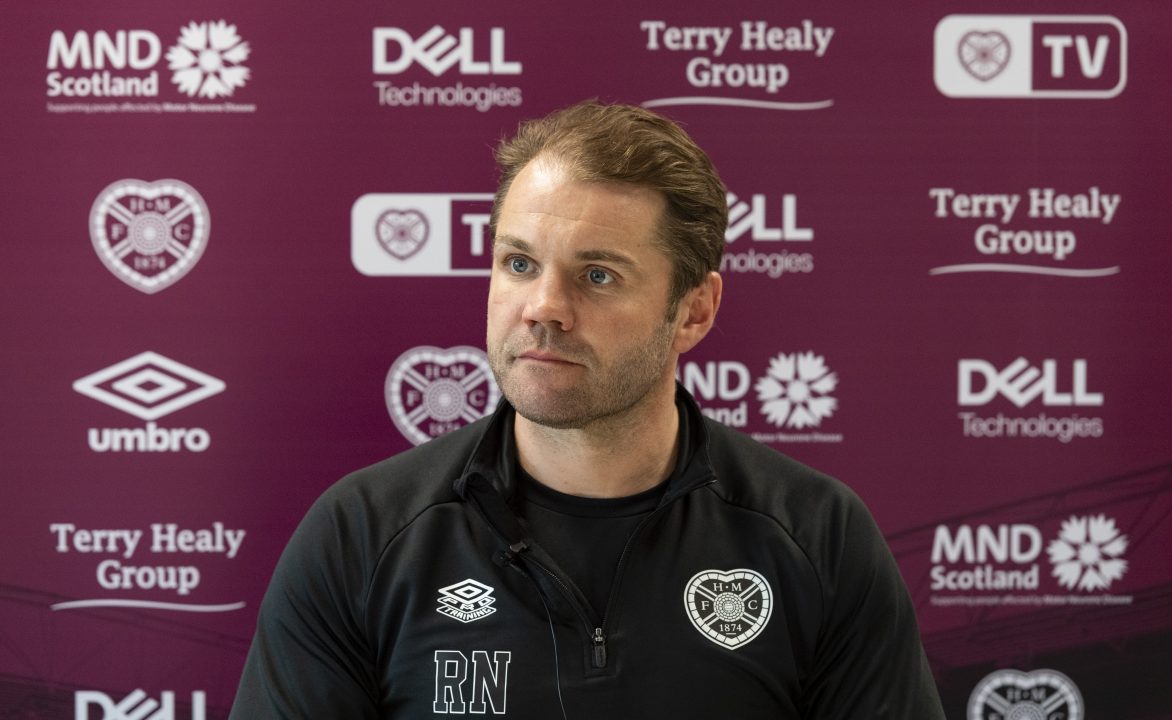 Hearts boss Robbie Neilson says that the club’s assurance of group stage European football next season is going to be a huge boost as he tries to maintain and strengthen his squad over the next few months.

Saturday’s Scottish Cup semi-final win over Hibs not only delivered a place in the final against Rangers on May 21 but also means that Hearts have secured a place in the Europa League play-offs but know that if they fail to reach the group stage of that competition, they’ll play at least six games in the Conference League as consolation.

That’s a position that will bring substantial funds into the club and, asked if he will get a large portion of that to help his team compete on all fronts, Neilson expects it to help him take things forward at Tynecastle.

“We have a budget meeting today, so I’ll tell you after,” he said. “Yes, it’s a big step forward for us but we need to use it wisely.

“You know, we’re not going to chuck it all in one transfer window. We need to grow the club gradually, as I said after the game at the weekend there. It’s important that we take steps to try to progress the club.”

While the club are expected to go into the transfer market to bring new faces in, Neilson also aims to keep players who have helped earn this season’s success and he believes the level of competition can help as well as having a bigger budget.

“That’s one of the key things,” he said. “It’s not just keeping players here, but also trying to attract guys. We’re saying, you know, we’ve got European football and group stage football. So it definitely makes us more appealing.”

One player who fits the category of being both a signing target and an existing talent is Ellis Simm, who has thrived on loan from Everton. Neilson confirmed that he wants to extend the striker’s stay in Tynecastle but said that any decision on his future would come down to the parent club.

While work continues on planning for next season and the European adventure, Neilson stressed that with five Premiership games to go before the cup final, nobody would be taking their eye off the ball.

He said: “I keep going back to it as I do with the players that we need to continue to win football matches.

“We can’t start looking at what we’re going to do in three months’ time in Europe.

“We have to win at Tannadice on Saturday.”