The Hamilton boss said he has been tracking the striker since last season. 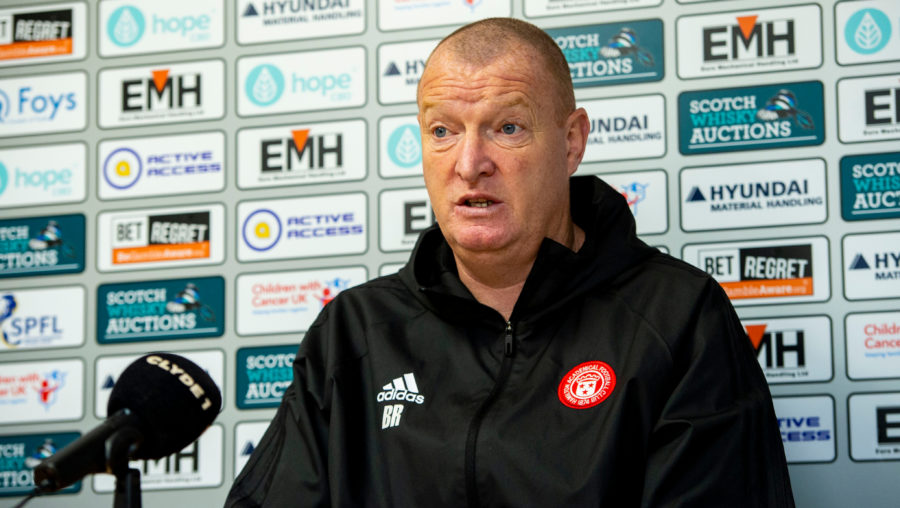 Dales has moved to the club from Scunthorpe until the end of the season and Rice revealed that his interest in the player was long-standing.

“I saw Andy playing last year when he was on loan at Dundee and he impressed me every time I saw him,” he told STV. “He’s somebody I’ve been keeping my eye on since the summer.

“I’ve done a lot of background checks on him, character checks and all that sort of stuff and I think he’ll be a good signing.”

The Accies boss has seen his side score just 20 times in 21 games but believes Dales can improve that record with his style of play.

“That’s what he does best: getting on the ball, getting forward and being positive. That’s what I want to see my forward players do.”

The manager may be in the market for a defender next, after Sam Stubbs was recalled by Middlesbrough halfway through his loan spell to be farmed out to ADO Den Haag.

Rice admitted his surprise but said that the move was proof that Accies could provide a platform for players to show what they could do while on loan.

“It came right out of the blue and it sort of threw me a wee bit,” he said.

“But that’s football. At any stage somebody can be sold or injured. In Sam’s case he was recalled by Middlesbrough and put out on loan to the Dutch top flight.

“His performances here got him that move to Holland and I’m just delighted that Sam has got that move.”

Snow storms and gusty winds to sweep across Scotland

Man seriously injured after being bottled by dog walker