Brian Fitzpatrick, 65, is preparing for an international show jumping competition in Portugal. 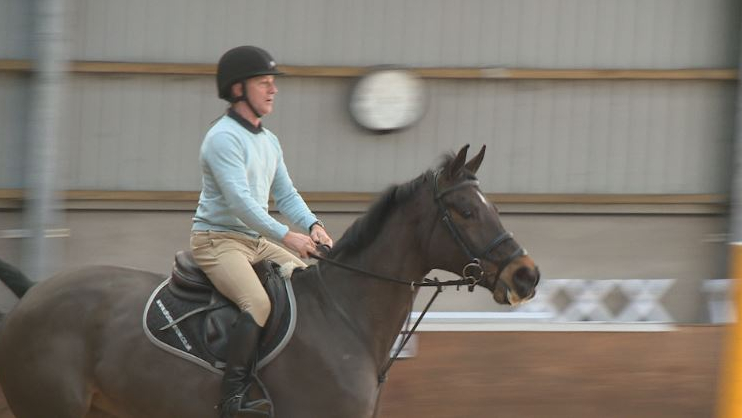 Is there an upper age limit to competing at a world class level? One retired Dundee lawyer doesn’t think so.

Brian Fitzpatrick, 65, is one of a handful of Scottish competitors riding in Portugal for an international show jumping competition.

He never imagined he’d be competing at such a high level.

“I stopped playing football in my 30s and I decided to give horse riding a go,” he said. “I bought my first horse six months later. I was hooked.

“It’s only since being retired and coming here to Drumcarrow Equestrian with Stephen and Angus Lohoar that I’ve really started training and competing seriously.

“Now that I’m at 65 I think I’m riding better than I ever have before.”

Brian and his mount Diandra are competing at the Vilamoura Equestrian Centre in the Algarve in the Atlantic Show Jumping Tour, coming up against top riders from across the world.

He said: “This will be a once in a lifetime experience and one I’m really looking forward to.”

“When you’re riding down towards something that’s four feet square, that’s definitely a big enough jump!”

Brian’s trainer Stephen Lohoar works closely with the pair and is also competing at Vilamoura, he said: “I don’t think you’ll get anyone more enthusiastic than Brian, both he and his horse both love the sport.

“I hope they do well.

“That’s what’s great about the show jumping world, you can have 13 and 14-year-olds competing against people who are in their 70s.

“I think it was Ian Millar, a Canadian rider, who was competing in the sport well into his 70s. It really is a sport for everyone.”

Over the next month Brian and Diandra will compete in the 1.20m classes hoping to get a top result, proving that age is no barrier to the sport.