The Ibrox side booked their place following a dramatic night of football in Glasgow. 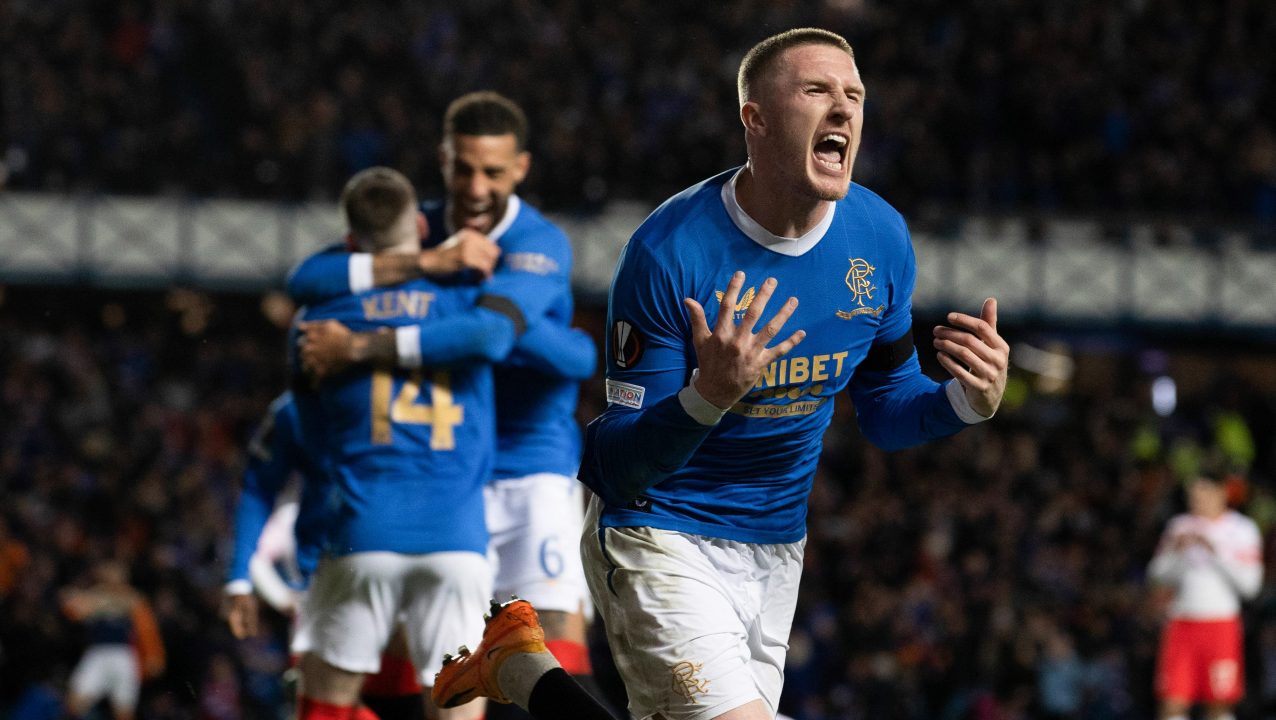 Rangers will face Eintracht Frankfurt in the Europa League final after they beat RB Leipzig to reach the showpiece match in Seville.

The Ibrox side overturned a 1-0 first leg deficit, beating Leipzig 3-1 in Glasgow to reach the last two of the prestigious competition.

It’s the first time a Scottish club has reached a European final since Rangers faced Zenit St Petersburg in Manchester in 2008.

However, with the clock running down, John Lundstram scored and Rangers took another step on what has been an impressive run in the competition.

Having come through the group stage as runners-up, the team have knocked out Borussia Dortmund, Red Star Belgrade and Braga before defeating Leipzig.

They now face Eintracht Frankfurt on May 18 after the Bundesliga side beat West Ham United 3-1 on aggregate in their semi-final.

Rangers manager Giovanni van Bronckhorst, who took over from Steven Gerrard just before the final group stage game, said it had been a night to remember. He revealed that he and the players had toasted Jimmy Bell after the match, following the sudden death of the Rangers kitman earlier this week.

“The interaction with the fans was amazing,” Van Bronckhorst said.

“I played so many games here as a player and from last November as a manager but the atmosphere was incredible. That helped a lot.

“You could see the celebrations afterwards, we were happy, we were celebrating to reach the final, also in the locker room and it was really nice.

“But we ended the atmosphere of partying and took a moment to let the achievement sink in and have a really nice toast for Jimmy the kitman who I am sure was watching from above and we toasted his life and achievements, what he has done for this club.

“We will miss him for the rest of our lives and again in Seville we will prepare for another proud moment for this club.”