Ibrox club begin hunt for new manager in bid to save their season. 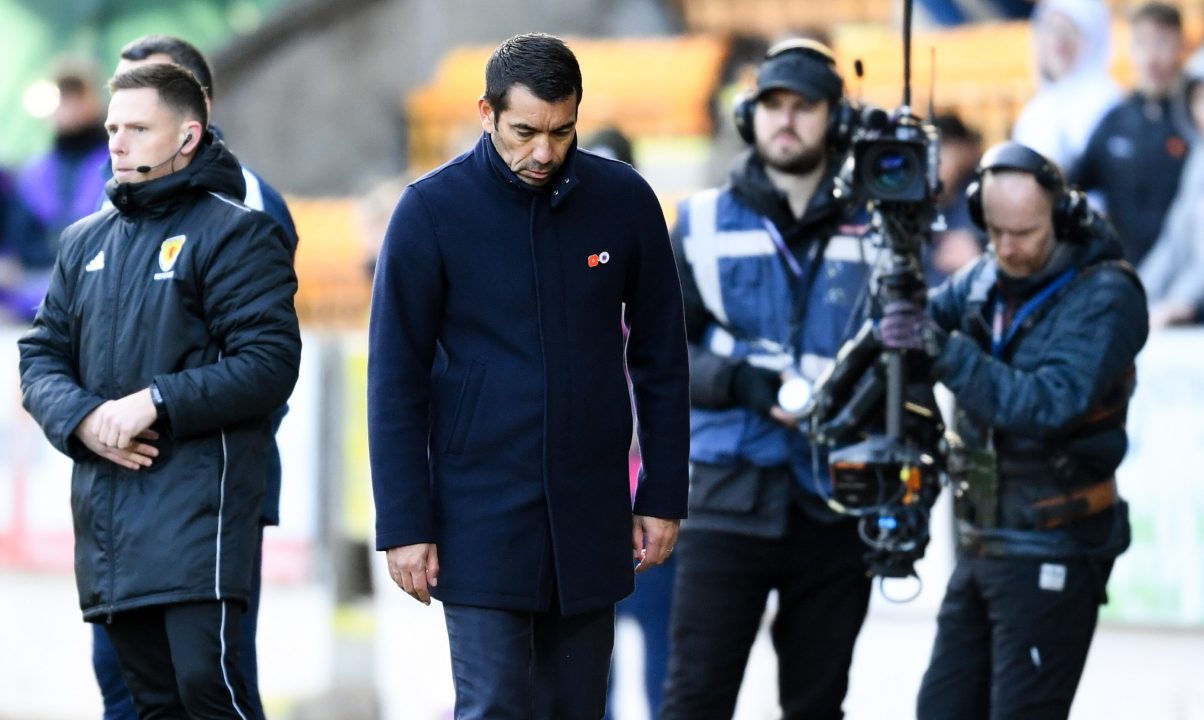 Giovanni van Bronckhorst has been sacked by Rangers after a year in charge at Ibrox.

STV News understands the decision was taken after discussions on Sunday night. Dave Vos, Roy Makaay and the rest of van Bronckhorst’s backroom team are also set to leave the club.

The Ibrox club confirmed the decision in a statement on Monday morning, which read: “Rangers Football Club confirms today it has parted company with manager Giovanni van Bronckhorst. The board would like to put on record sincere thanks to Gio for all his efforts since his appointment as manager.

“Arriving at the club just over a year ago, Gio led the club to a fifth European final and won the Scottish Cup last May. He also led the team to the club’s first Champions League qualification in 12 years.

“Unfortunately, results and performances over recent months haven’t met expectations and the decision was made today by the board to terminate the contract of the manager.

“The search for the new manager is now underway.”

Rangers chairman Douglas Park said: “I want to thank Gio for the hard work he has put in over the last 12 months and, especially, the achievements of taking the club to the Europa League final and winning the Scottish Cup last season.

“Unfortunately, recent results have not met neither our nor Gio’s expectations, and we have taken this difficult decision today. Everyone at Rangers wishes Gio every success in the future.”

The Govan side acted after falling nine points behind league leaders Celtic in the Premiership and the Dutchman’s dismissal comes hot on the heels of the club being tagged the “worst ever” Champions League side.

Pressure has been building on van Bronckhorst following the club’s poor performance in the Champions League, which included a 7-1 home defeat to Liverpool.

Dropped points in the Premiership against Livingston, St Johnstone and St Mirren added to the pressure before domestic football stopped for the World Cup break and the Rangers hierarchy took stock.

Rangers will now be looking to get his replacement in as soon as possible, with former manager Steven Gerrard among the names linked with the job following his sacking from Aston Villa.

Van Bronckhorst – a former player at Ibrox – was appointed as Gerrard’s successor a year ago and led the club to the Europa League final and a first Scottish Cup triumph in 13 years at the end of his first campaign in charge.