Van Bronckhorst: Rangers mentality must improve to have successful season 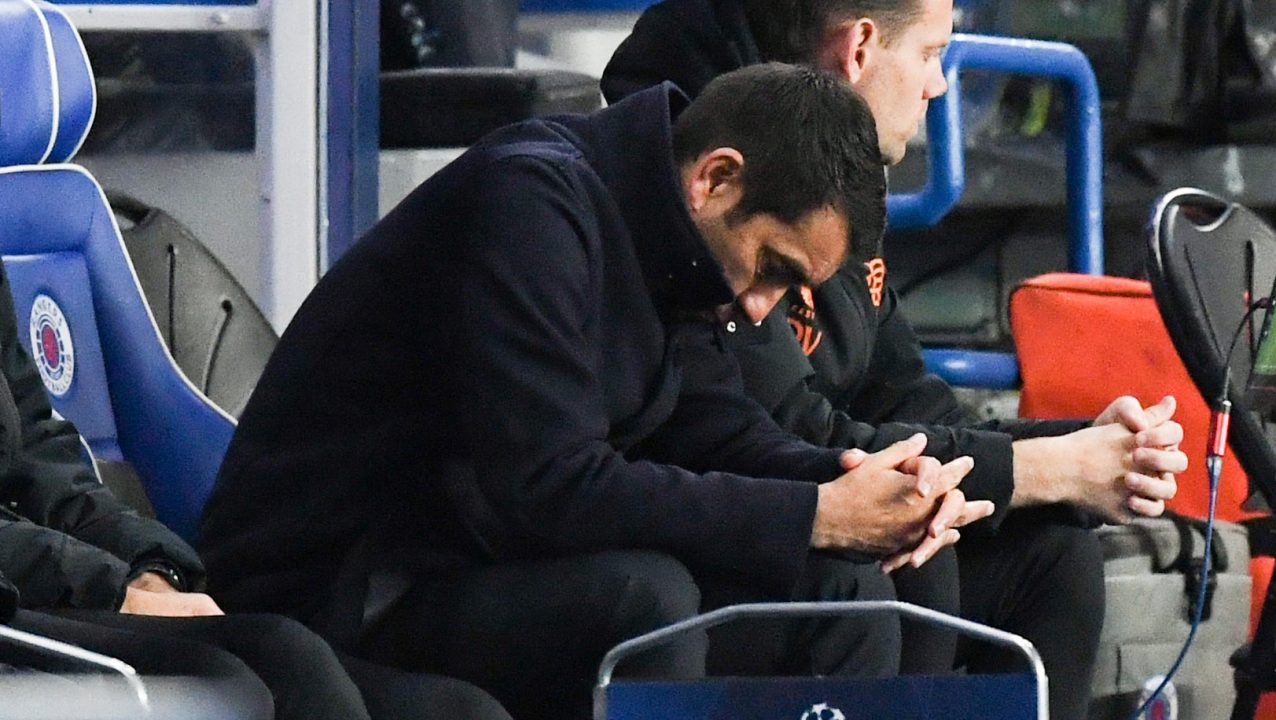 Rangers manager Giovanni van Bronckhorst reflected on his side’s 7-1 loss to Liverpool and said they have to improve their mentality if they are to enjoy success this season.

The Ibrox side were 1-0 ahead through Scott Arfield’s goal in the Champions League match before Roberto Firmino equalised for Liverpool and ensure the score was level at half-time.

After the restart, the English Premier League team stepped up a gear and netted six times without reply, with substitute Mo Salah scoring a hat-trick in just over six minutes.

Five of the goals came in a 20-minute period and when asked about his side’s tendency to concede goals in clusters, and whether the squad was mentally tough enough, Van Bronckhorst said it may be an issue.

He said: “I think we have to change our mentality, that’s for sure, because we can be very strong as we showed today [in the first half] but when we are not there mentally, then our levels drop really, really quick and we also perform way less than we should do.

“That’s something we need to avoid for the future in this competition but also in the league, you know. It’s definitely a thing we have to improve if we are to be successful this season.”

The manager admitted that he found it hard to understand how his side had dropped so quickly after holding their own against Jurgen klopp’s team.

“It’s hard to explain at the moment,” he said. “I’m still processing the game, especially the second half.

“We started the game really well. We knew the strength of Liverpool with their pressing but I think we played well, with balls behind their defence.

“We scored the goal in a great moment but then things started already, how we gave the corner away [for the equaliser]. We knew that if you play short passes after short passes they will press you and if you lose the ball it can be very dangerous.

“I think the first time we did that, we conceded the corner and got the goal against.

“In the second half, after the 2-1 you could see that instead of playing the ball [long] and going for the second ball, we played too many short. I think there was four transition moments where we lost the ball and they punished us really quickly with the attack they have.

“For the last 25 minutes we weren’t in the game. Not with our heads, not with the decisions we made.

“Against a team like Liverpool, who put three players up in those moments with Thiago, Jota and Salah, if you’re not in the game you get punished.”