Rangers fans sing 'God Save the King' ahead of Napoli match

It comes after UEFA rejected requests from British clubs to allow the anthem to be played before kick-off in their European fixtures. 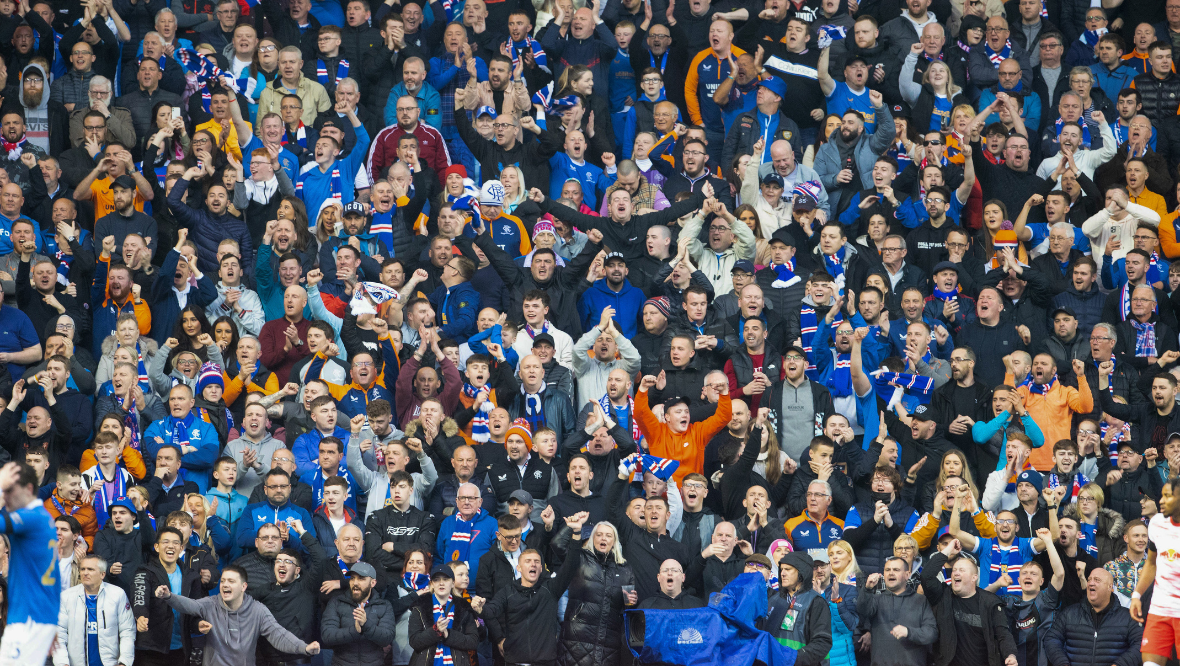 Rangers supporters sang God Save the King minutes before the team kicked off a Champions League clash with Napoli at Ibrox.

The anthem was sang by thousands of supporters inside Ibrox on Wednesday, after UEFA rejected a request from the club to allow the song to be played before kick-off ahead of their upcoming European fixture.

Supporters of the Glasgow club also paid their respects to Queen Elizabeth with an observed minute’s silence, and a stadium display.

The Champions League anthem was also not played ahead of kick off, with the tune having been based on George Frideric Handel’s Zadok the Priest – which has been played at the coronation of every UK monarch.

It comes after UEFA announced Rangers’ Champions League group match with SSC Napoli had been rescheduled to Wednesday due to “severe limitations on police resources” following the Queen’s death.

According to a report in the Daily Mail, Rangers and Chelsea asked for permission from UEFA to play the national anthem.

Rangers have a picture of the Queen in the home dressing room at Ibrox, while Chelsea’s mascots, the Chelsea pensioners, are closely linked to the Royal Hospital in West London.