On a special night at Ibrox, the Rangers fans are planning a trip to Seville for their shot at European glory. 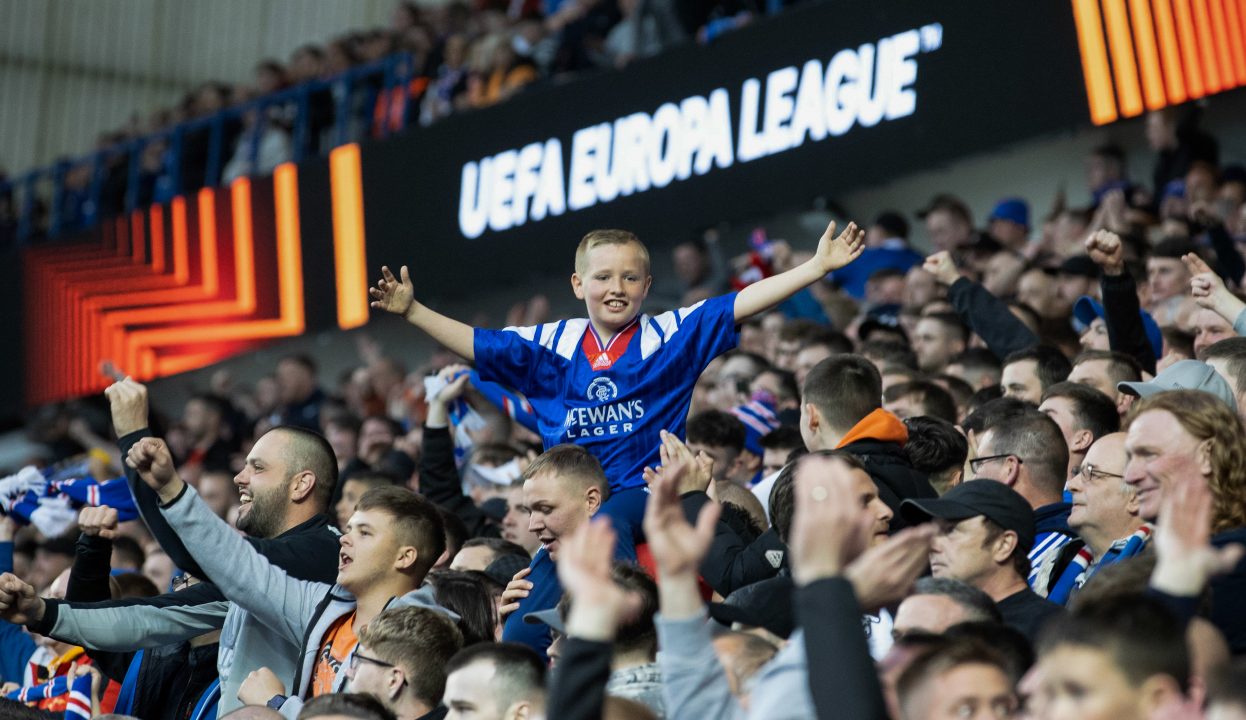 Rangers have reached the final of the Europa League with a remarkable 3-1 win over RB Leipzig in the second leg of their semi-final meeting at a raucous Ibrox.

John Lundstram sent Govan into raptures when he blasted home from close range to seal their place in Seville nine minutes from time.

By the time Portuguese referee Artur Dias blew his final whistle, it was party time for the Gers’ faithful as they looked forward to a trip to Southern Spain in less than two weeks time to face German outfit Eintracht Frankfurt.

On an emotionally charged evening on which Giovanni van Bronckhorst’s men were encouraged to pay a fitting tribute to long-serving kitman Jimmy Bell following his sudden passing on Tuesday, an electric Ibrox fell eerily silent for a moment to honour his memory before kick off.

Tributes began flooding in from ecstatic Gers’ after the match, with Greig Robertson (@RobertsonGreig) posting on Twitter: “That team took all the emotion from losing Jimmy Bell into that performance and he would have been the proudest man in the room.”

Billy Thomson added: “Absolutely unbelievable achievement! The games rangers have played in Europe this season have been absolutely top class. What an acknowledgement for Jimmy Bell.”

For others, the chance to party in the Southern Spanish sun was the main attraction.

And on the night Ibrox said goodbye to one legend, several others were born.

Mark Wilson added: “John Lundstram is the best on earth.”

And @C90James wrote: “For most of my young teenage years I watched rangers play from 3rd div up, after the ups and downs watching my club I never in a million years would’ve thought that we would be in a European final 10 years later, no one will take this away from me, I LOVE YOU GLASGOW RANGERS.”

As for their opponents, Eintracht Frankfurt, they couldn’t resist a cheeky dig.