Rangers fans take over Leipzig as semi-final build up continues

Thousands of Rangers fans have been arriving in Leipzig as build up to the semi final kick off continues. 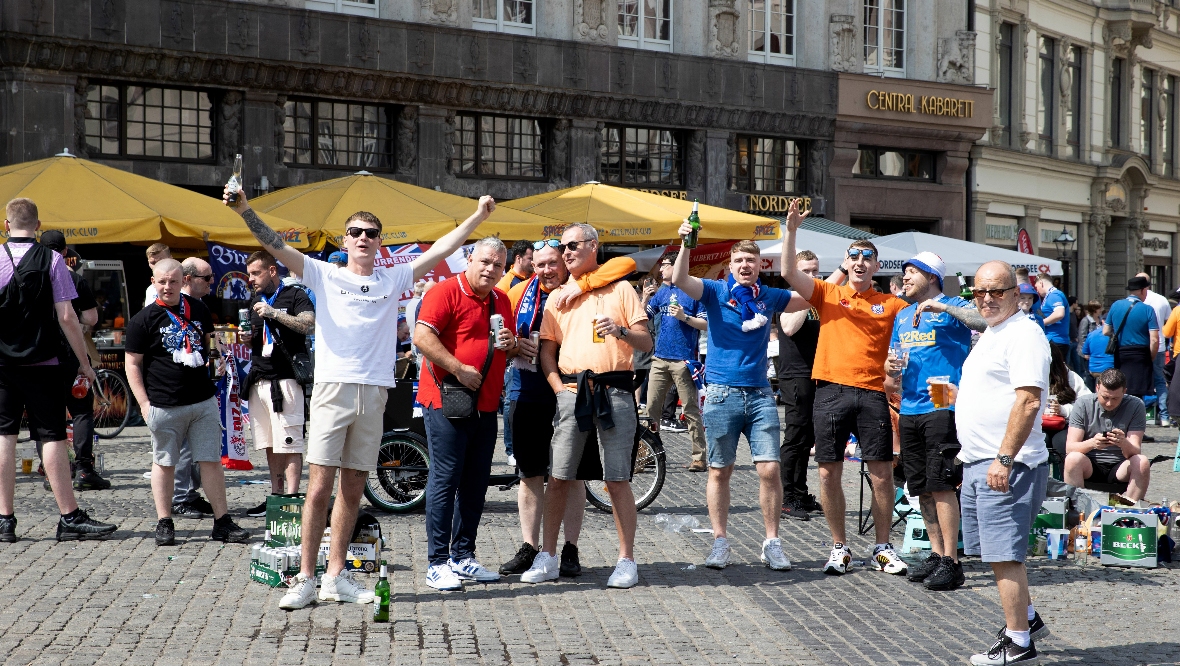 Thousands of Rangers fans are in Germany ahead of the club’s Europa League semi-final against RB Leipzig.

Giovanni van Bronckhorst’s side hope to reach their first European final in 14 years when they take on the German side in the Red Bull Arena on Thursday night.

The Scottish champions will be backed by a strong support as Rangers fans continue to arrive in force in the city of Leipzig.

Thousands of fans have been spotted lapping up the atmosphere in the German sun as the build up to the 8pm kick-off continues.

According to reports, 7000 Rangers fans have descended on the city – despite the club only officially selling 2400 tickets for the match.

The Ibrox side reached the last four of the competition by eliminating Braga 3-2 on aggregate in the previous round.

Only RB Leipzig now sit in the way of a European final for Rangers, after the German side navigated past Spanish club Real Sociedad in the quarter finals.

This is the first competitive match between the two clubs, although they did face each other in a friendly in 2017.

The winner of the last four tie will head to Seville for the showpiece final next month, and will face either Frankfurt or West Ham.