John Bennett said the Europa League final had brought 'a range of emotions'. 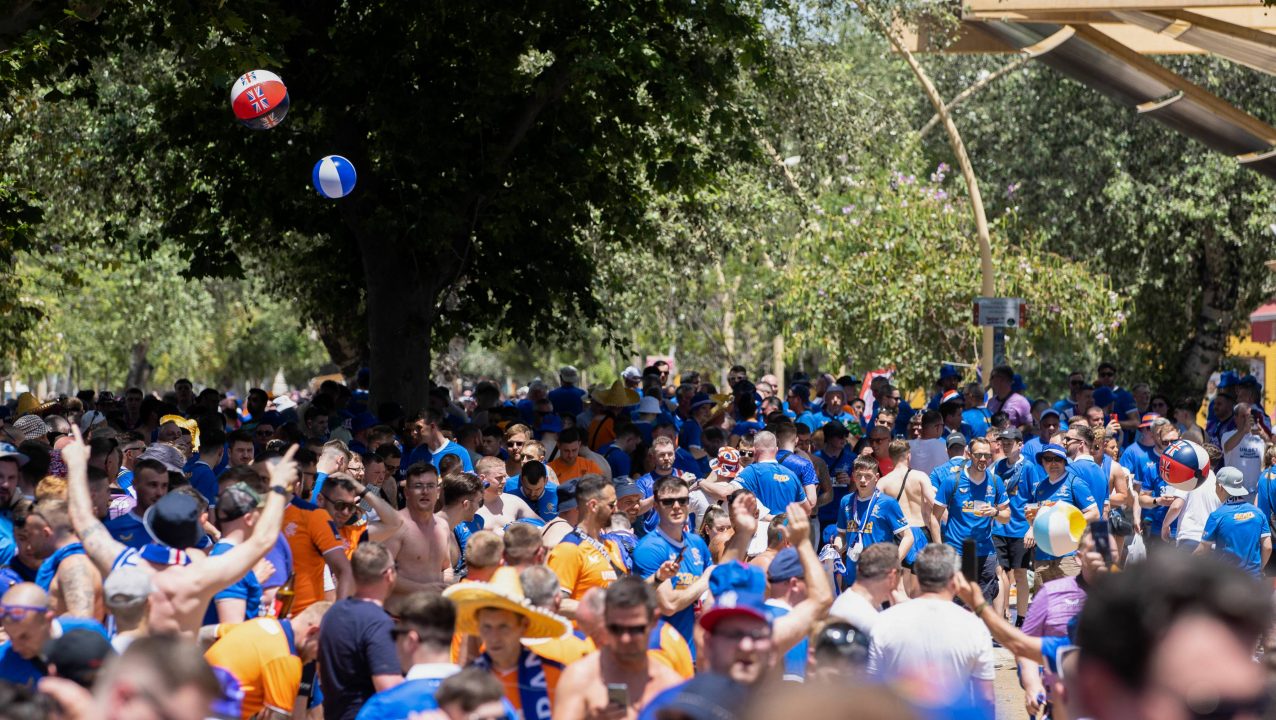 Rangers vice-chairman John Bennett has praised the club’s fans for their conduct in Seville, saying they brought “colour and positivity” to the Europa League final.

Around 100,000 supporters travelled to the Spanish city to back their team in Wednesday’s final against Eintracht Frankfurt, though only a fraction had tickets for the match at Ramon Sanchez Pizjuan Stadium.

After days of build-up, during which fans partied in the city’s streets and bars, they watched as Rangers were narrowly beaten, losing 5-4 on penalties after a 1-1 draw.

Club director Bennett admitted there was “hurt” at the final result but said that there had been plenty to enjoy from the occasion.

“It was a range of emotions,” he said. “It’s a very emotional moment when you lose any final but that final in that manner…

Bennett said that it was a source of pride for the club that the fans had been praised for their behaviour this week and that he had received positive messages about what the club had contributed to the event.

“Everybody naturally thinks this oven of heat combined with your drinking and said beer and whatever, which football fans throughout the world do of course, and of course people look ‘Is that a cocktail for something that might go wrong?’

“Boy, oh boy. We brought, our fans brought a cocktail of colour, of noise, of positivity.

“Even the message, a message I’ve had personally from back home, is that people are saying ‘Wow, the press back home are talking about the positives that our fans have brought’. I just want to thank them.

The director revealed that club officials, players and staff had stayed up at their hotel long into the night getting over the painful defeat to Frankfurt but said that the squad had strength of character and would be ready for Saturday’s Scottish Cup final against Hearts. He said that the team had to put Wednesday’s defeat behind them and look to the next challenge.

He said. “What I would say to our fans right now is that it hurts, yes it hurts, it stings.

“But this journey, this European journey that we’ve been on, this one comes to an end. The great journey of Glasgow Rangers Football Club continues and it continues this weekend as we chase silverware.”