Rangers complete signing of Aaron Ramsey from Juventus on loan

The Wales international will be at Ibrox until the end of the season. 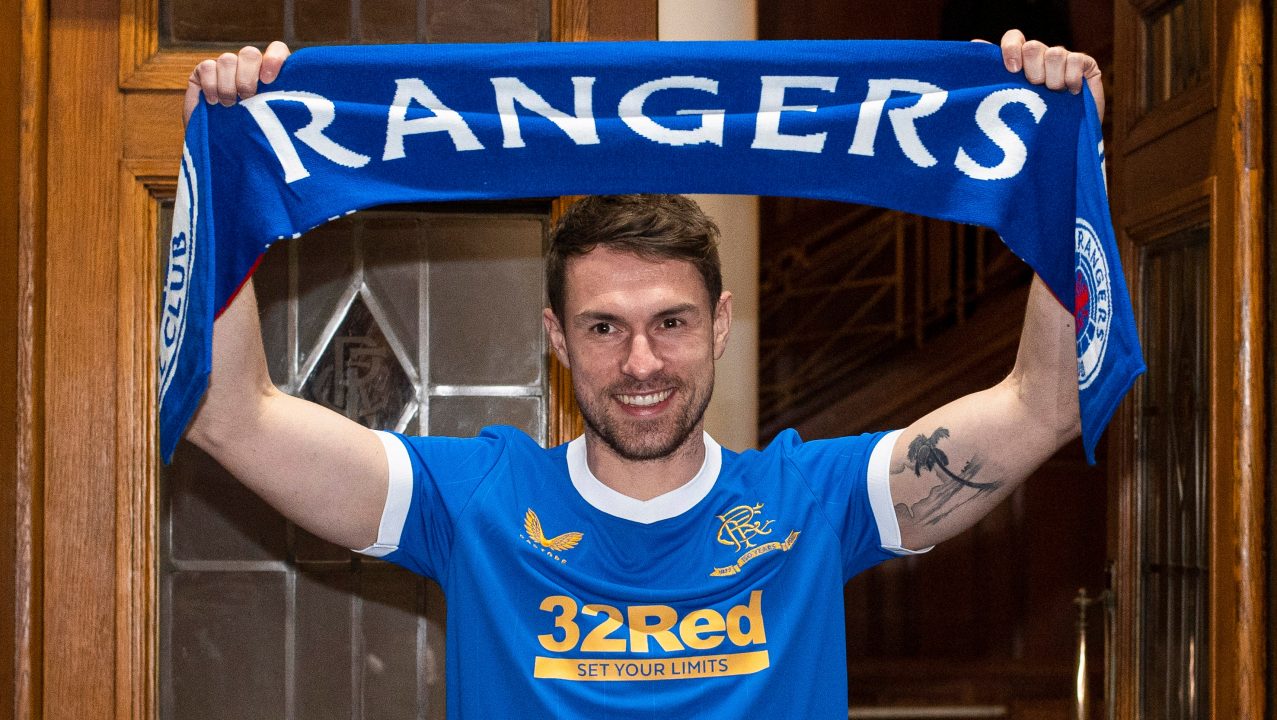 Rangers have announced the signing of Juventus midfielder Aaron Ramsey on loan.

Ramsey arrives from the Italian giants until the end of the season after passing a medical and agreeing a move to Giovanni van Bronckhorst’s side.

The Wales international has been out of favour in Turin and has struggled for game time this season. Ramsey has made only five appearances and spending a considerable part of the season sidelined with injury.

The move to Ibrox gives the 31-year-old the opportunity to play regularly and bolsters Rangers’ options as they work to retain the title they won last season, as well as compete in the Scottish Cup and Europa League.

He told Rangers website: “I am really pleased to be joining a club like Rangers, where there is so much to look forward to between now and May.

“I had a number of offers on the table, but none matched the magnitude of this club, with European football and the chance to play in front of 50,000 fans every other week.

“I have had some fantastic conversations with the manager and Ross Wilson, and I’m really looking forward to working with both of them, and to meeting the supporters.”

Ramsey first rose to prominence at Cardiff City, earning a move to Arsenal after his first team breakthrough.

The attacking midfielder went on to make over 350 appearances for the Gunners over 11 years, winning three FA Cups in his time in London.

The Wales star, who has 71 international caps, has captained his country,  and played and scored at Euro 2016 and Euro 2020, moved to Juventus in 2019, signing a four-year deal.

Rangers manager Van Bronckhorst said: “I’m absolutely delighted that we have been able to add a player of Aaron’s quality, experience and leadership to our squad.

“As soon as it was mooted as a possibility, I was really keen for us to try everything to get the deal done, and huge credit must go to Ross and to the Board for the work they have put in on this.

“I look forward to welcoming Aaron to the training centre tomorrow.”

Rangers sporting director Ross Wilson added: “This is a really exciting signing for both Rangers and Aaron. As soon as I was made aware of the opportunity we had to bring Aaron to Rangers around a week ago, we have worked really hard to secure his signature.

“Not only is Aaron a world-class player who will play a key role in our team, his level of ability and professional standards will be an inspiration to our existing players.

“We see Aaron as a leader, a quality player and a wonderful character to bring into our club. I’ve admired his career since his emergence at Cardiff and across Arsenal, Juventus and with Wales. We are all looking forward to working with him closely.

“I am thankful to Juventus for their professional approach and discretion. Juventus and Aaron had many significant offers from elsewhere and we are delighted that he has chosen Rangers.

“Any agreement we reach has to be within our normal wage model and Aaron’s desire to play here has enabled us to achieve this with Juventus’s cooperation.”