Rangers complain to UEFA over treatment of Glen Kamara

The Rangers midfielder was booed repeatedly by Sparta Prague fans during a Europa League match. 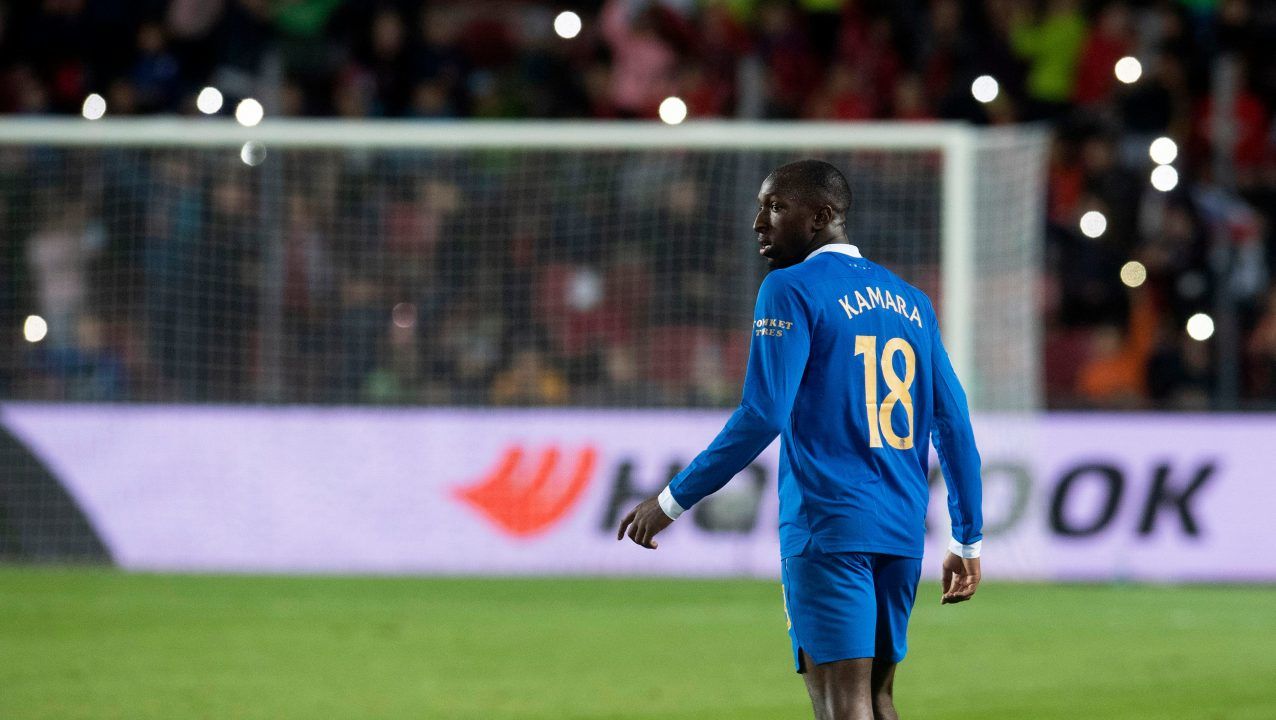 Rangers have written to European football’s governing body to complain about the treatment of Glen Kamara during their match against Sparta Prague.

Kamara was booed repeatedly during the game, on his first visit to Prague since Ondrej Kudela was banned for ten games for racially abusing him when Rangers played Sparta’s city rivals Slavia last season.

Sparta were meant to be serving a stadium ban on Thursday after their fans racially abused Monaco striker Aurelien Tchouameni last month but UEFA relented and allowed a crowd of schoolchildren and their chaperones.

The crowd singled out Kamara and booed and jeered his every touch up until his red card in the 74th minute of the game. A poster was held up by one fan expressing support for Czech international Kudela.

Following the match, Rangers manager Steven Gerrard had said that he wasn’t aware of the incidents, having been focused on the game, but called on UEFA to do more.

Speaking at his Friday media conference he said that he had now reviewed footage and spoken to his player, and Rangers would be taking the matter up directly with UEFA.

“I’m fully aware now, having watched the game back with audio and I’m actually surprised that I wasn’t aware of it during the game,” he said.

“Yes, I have spoken to Glen and that conversation will remain private. Glen’s okay. I’m sure he’s disappointed just like me.

“Now it’s time for the authorities and the club to just step in and take that away from us so we can focus on the game on Sunday.

“I’ve been told that Rangers are going to take it up with UEFA. I think that’s already happened.

“I’ll certainly be pushing from my direction to make sure that’s the case.”

Gerrard reiterated his belief that the authorities were not doing enough to combat the problem of racism in football and had to bring in more sever punishment to deal with every incident.