Van Bronckhorst: 'The home games at Ibrox will be fantastic'

The Rangers boss is eagerly anticipating the matches against Liverpool, Ajax and Napoli. 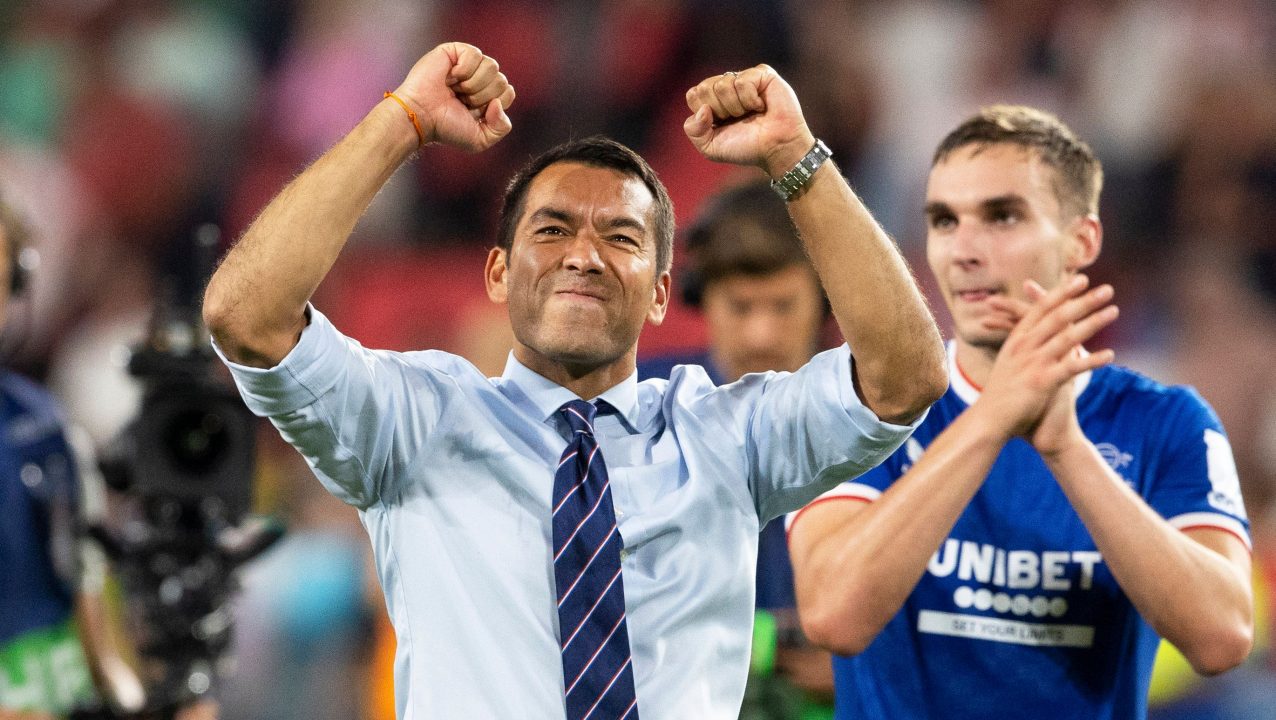 Giovanni van Bronckhorst believes Rangers will enjoy memorable Champions League nights at three of Europe’s best stadiums but says the games at Ibrox will be “fantastic”.

Beating PSV Eindhoven in the the play-off put Rangers in the group stage draw and they were rewarded with ties against Ajax, Liverpool and Napoli in one of the most high-profile of the eight sections.

The Dutchman and his staff know Ajax well, but Van Bronckhorst has also taken on the Serie A side before.

However, he highlighted the ‘Battle of Britain’ against Liverpool as an exciting prospect.

“I am looking forward to all the games,” the Rangers boss said.

“I am happy with the draw because we are going to play some great games against tough opponents and it will be good to travel to Anfield, the (Johan Cruyff) Arena, and the Diego Maradona Stadium against big teams and I am sure the home games at Ibrox will be fantastic as well.

“Playing against Liverpool for the first time is fantastic, both home and away, it will be very good to play against one of the best sides in Europe.

“Of course for me, going back to Holland again to play against Ajax, there is a lot of familiar faces in the team but also in the staff and in the boardroom, so it is good to go back to the arena and play them as well at Ibrox.

“I faced Napoli with Feyenoord in the Champions League a couple of years ago, also a familiar ground.

“I said after the game against PSV we are going to play against quality sides and I’m look forward to the challenge we face, playing against the best sides in Europe.”

Van Bronckhorst now turns his attention back to the Premiership and a home game against Ross County this weekend.

With the exception of Glen Kamara, the squad that beat PSV is available and the manager said that Alfredo Morelos will once again miss out after being dropped for “fitness and attitude” reasons before the trip to Eindhoven.

“Alfredo Morelos will not be involved in the squad for Ross County and I will then sit down with him next week and have a discussion,” the Dutchman said. “The players who played on Wednesday are all keen to play again, we will play with a strong eleven and we have a really strong squad for the game.”

“I sat down with [Morelos] before we went to Eindhoven,” he told Sky Sports. “Alfredo, if he wants to come back, needs to do things differently and that is what he is doing at the moment.

“For me, it is the case of sitting with him in the next days and talk to him about his future.

“But he still has a future with us, he is still a Rangers player.

“As a manager I want to make sure I will get him back to the levels we need and that I know he can reach.”