Tillman scored in the second half to win the three points for Rangers. 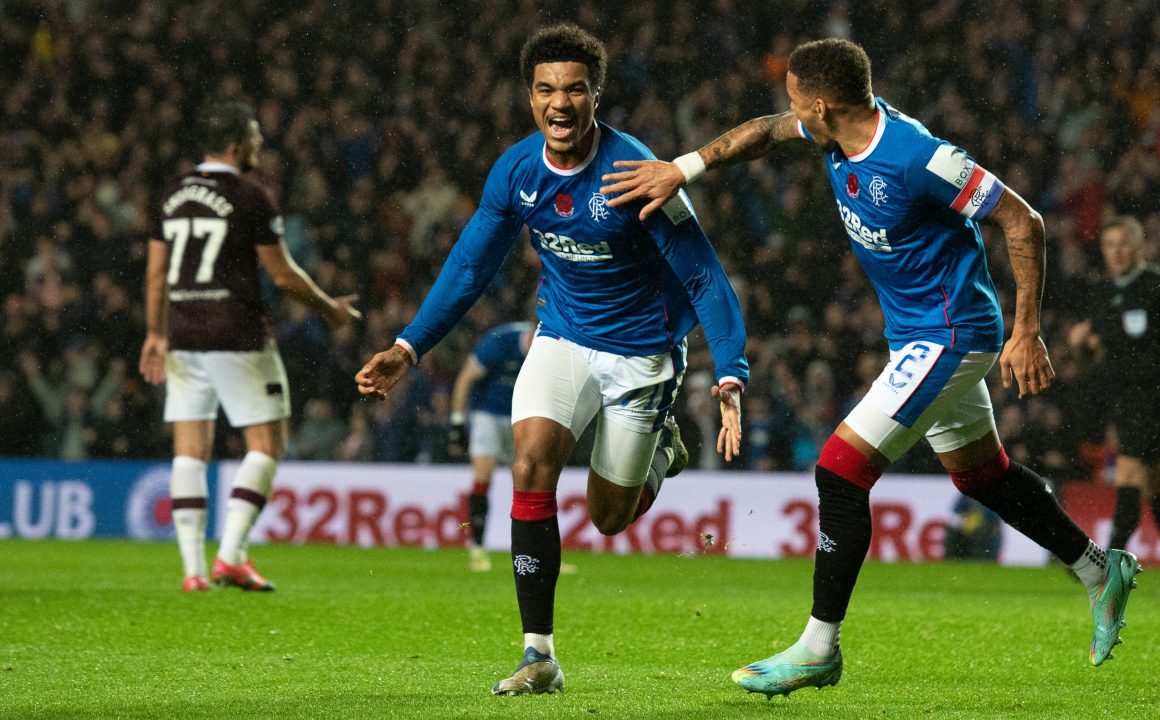 Rangers have defeated Hearts in a tense night at Ibrox to ease some pressure from Giovanni van Bronckhorst ahead of the winter break.

The home side had a second half Malik Tillman strike to thank for the win that keeps them seven points behind Celtic who won at Motherwell.

Van Bronckhorst only made one change from Sunday’s 2-1 defeat at St Johnstone with Rabbi Matondo brought in for Fashion Sakala.

The Ibrox side knew any further slip ups in the league would leave them with a massive mountain to climb going into the World Cup break and add further pressure on the manager.

Rangers had their first real chance when Lundstram blazed a Ryan Kent cutback over the bar before Colak came close with a header that was saved by Craig Gordon.

It was still level at the break and the home side came flying out the traps in the second half and Tillman forced a save from Gordon at the start of the second 45.

Colak then came close with an overhead kick, but acrobatic effort sailed just wide of the Hearts post.

Barrie McKay was then brought on to add a bit of attacking intent to the Edinburgh side who had so far failed to show anything up top.

And the former Rangers winger was causing trouble for his old club right away when he broke through on counterattack, but he was brought down by Kent who was booked for the challenge.

Tillman then opened the scoring to make it 1-0 soon after when he smashed the ball past Gordon following good link up play with Kent and Barisic.

Rangers now travel to Paisley to play St Mirren on Saturday. in their last game before the break as Hearts host Livingston.