The Ibrox side announced the death of the former goalkeeper, who made 260 appearances for the club, on Saturday morning. 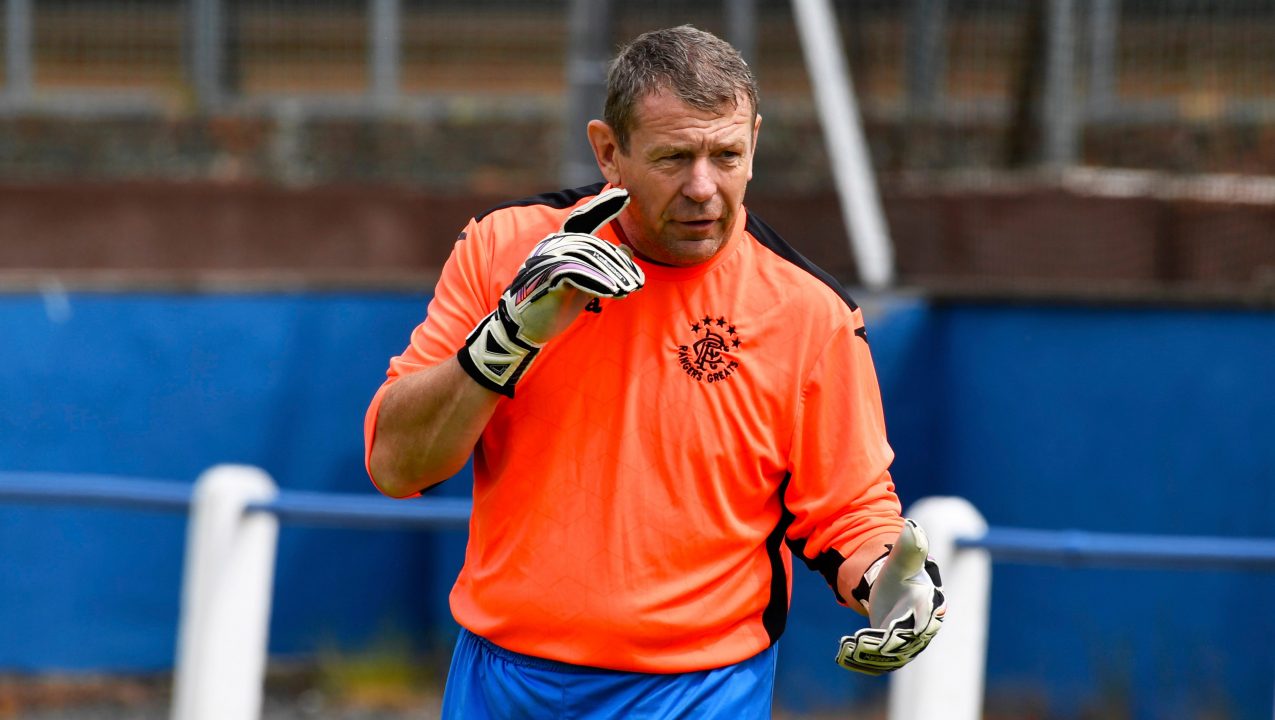 Rangers say they are “deeply saddened” following the death of former goalkeeper Andy Goram following a battle with cancer.

The 58-year-old Ibrox nine in a row legend, who also played for Hibernian, Manchester United and Motherwell during a 23-year playing career, revealed last month that he had been diagnosed with incurable cancer.

Goram, who lifted ten trophies for Rangers, confirmed doctors had given him about six months to live in May after being diagnosed with level four oesophageal cancer. He also revealed that he had turned down chemotherapy treatments.

Earning 43 caps for Scotland, Goram was between the sticks as first choice goalkeeper at Euro 92 in Sweden and Euro 96 in England.

He played for a total of 12 clubs during his career, but it will be on the southside of Glasgow that he is most fondly remembered as a key-member of their most successful team.

He is widely regarded as one of the best goalkeepers in the history of Scottish football and will be remembered by fans for a string of fine performances in Old Firm games in the late 90s that helped Rangers equal Celtic’s long held record of nine league titles in a row.

The Ibrox side confirmed on Saturday that Goram, who made 260 appearances for Gers between 1991 and 1998, had passed away.

Paying tribute on their website, they wrote: “Rangers Football Club are today deeply saddened to announce the death of our legendary goalkeeper, Andy Goram, following a short battle with cancer.

“His performances in the inaugural UEFA Champions League in 1992/93 were outstanding, as Gers defeated English champions Leeds United to qualify for the tournament, before coming within a whisker of reaching the final.

“Goram was also something of an Old Firm specialist, and as the decade progressed and clashes between the two became more and more important, he was often the difference between the two sides with some astonishing saves.

“In a 1999 supporters’ poll, he was voted the Greatest Rangers Goalkeeper of all time, and after retirement, was still a regular face around Ibrox on matchdays and still wowed the crowd with some memorable appearances in legends teams.

“Born in Bury, Goram began his career at Oldham Athletic before moving north to play with distinction for Hibernian from 1987 to 1991 prior to his big move to Ibrox.

“After Rangers, he was to feature for Notts County, Sheffield United, Motherwell for three seasons, Manchester United, where he helped the Red Devils claim the Premier League in 2001; Hamilton Accies, Coventry, another spell at Oldham, Queen of the South and then lastly Elgin City.

“Indeed, his spell at Palmerston with Queens saw him become the first player to complete the set of Scottish medals when he claimed a Challenge Cup medal to go alongside winners’ prizes in the Scottish top flight, Scottish Cup and League Cup.

“Internationally, Goram won 43 caps for Scotland and was the first-choice goalkeeper for both Euro 92 and Euro 96 in Sweden and England respectively for the Scots.

“He is a member of the Scottish Football Hall of Fame, and was named both the Scottish PFA and Football Writers’ Player of the Year in 1992/93 – arguably the strongest campaign in Rangers’ history.

“The thoughts of the directors, management, players and staff are today with Andy’s family, and would ask that their privacy is respected at this sad time. Funeral details will be communicated in due course.”