Celtic's new manager hopes to bring success with his own style of football at Parkhead. 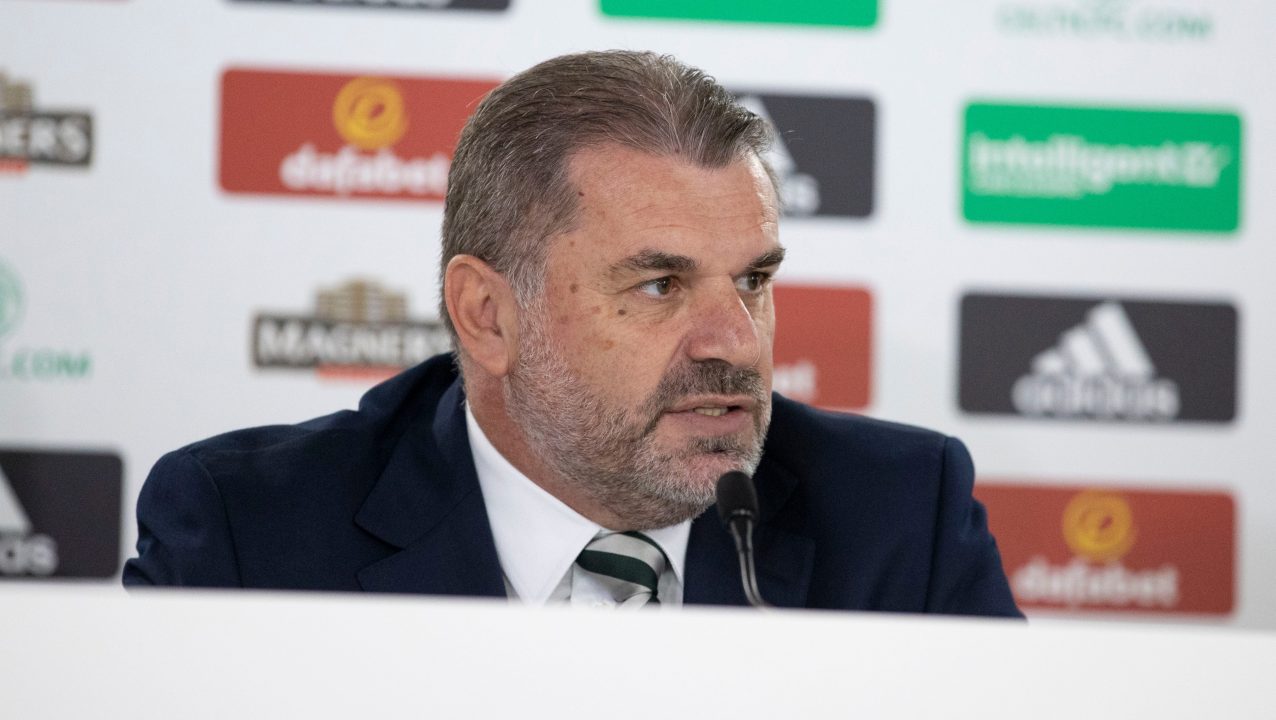 Ange Postecoglou has said that he can bring “a different perspective” to Celtic and will bring football that has a clear identity and style.

The Australian was facing the media on Friday for the first time since being appointed as manager, four months after Neil Lennon left the role.

Postecoglou, who has previously enjoyed success in Australia and Japan, and has coached his national team, said it had always been his dream to manage in Europe and that he felt “humbled and excited” to be taking on the Celtic job.

The 55-year-old has a reputation for attacking football with his previous teams and said he was committed to a certain type of play, one that he thinks is part of the reason he was offered the job.

“I guess what I bring is maybe a different perspective,” Postecoglou said.

“I’ve had a different journey from many others. Most of my career has been spent on the other side of the world and in internationals.

“Every team I’ve coached has had a very clear identity. I think it fits nicely with the traditions and expectations of this club.

“I think that was one of the reasons I was chosen. In my 25 years in coaching, my teams have always played a certain way.”

Prior to appointing the former Yokohama F Marinos boss, Celtic had an agreement in principle to appoint Eddie Howe before the deal collapsed. Postecoglou said that he didn’t care that he wasn’t first choice for the job.

“You’re assuming I was second choice,” he said.

“I might have been fifth choice… I don’t know.

“It doesn’t really bother me. What’s important is that I’ve been given this opportunity.”

He also said that he was aware that his appointment hadn’t impressed all of the club’s fans but had a message for the support.

“I gather there was a little bit of a mixed response when I got announced as the Celtic manager,” he said.

“But what I do know is that 100% of Celtic supporters will want me to be successful because there’s nothing more important to them than this football club.

“If I’m successful then this football club is successful. I just can’t wait to see them back in the stadium.

“My role is to provide them with a team they can be proud of, a team they’re going to look forward to watching every week and a team that everyone’s talking about.

“If I can achieve those things and obviously success follows that, then hopefully I’ve honoured the role that I’m in.

“So far everyone’s been super-supportive. I can’t wait to experience it first hand.”

Postecoglou admitted that the task of returning Celtic to the top after a year where they lost their grip on all three domestic trophies was “a massive challenge”, and first order of business will be assessing a squad that he admitted needs an “extensive” rebuild with several of last season’s players having departed and more being linked with moves away from Glasgow.

The club will start the season with the current backroom staff but the Australian said that he would be making changes to how things work at every level and would “back himself to make the right decision” if staffing needed to change.

The manager admitted said that squad turnover was inevitable and that moves were already under way to make new signings.

He said that he hadn’t had a chance to speak to Kristoffer Ajer, who has publicly voiced his expectation that Celtic will allow him to leave this summer, or striker Odsonne Edouard, who is expected to be the subject of transfer bids.

Asked about the work needed to reshape the squad, he said: “It’s fairly extensive. It is a season of change. But after a period of success and what happened last year, it was always going to be a period of change but I see it as an opportunity to make changes in the direction I want.

“We’re working very hard but with the players we have existing, they will all be treated on merit. For the ones coming in, we’ll bring in ones who will fit.”