Kenny McLean hit the winning penalty after Israel and Scotland drew 0-0 after extra time at Hampden. 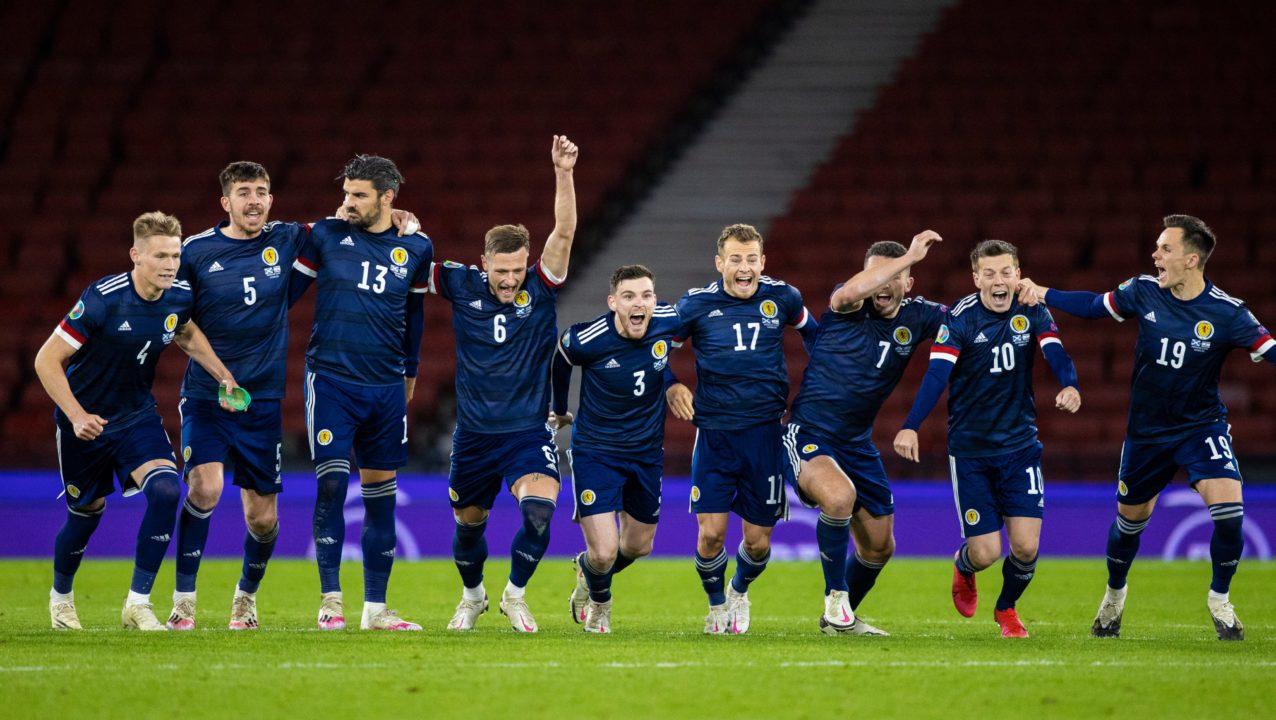 Scotland will play Serbia in the Euro 2020 play-off final after the nation team beat Israel 5-3 on penalties at Hampden.

The sides had drawn 0-0 after 120 minutes where neither team had impressed. In the shoot-out Scotland scored all five penalties, with David Marshall’s save from Eran Zahavi proving the difference.

Scotland are now one game away from reaching a major tournament for the first time since 1998.

Steve Clarke was forced to field a much-changed team from the one that beat Czech Republic after coronavirus and injuries deprived him of six players.

With Israel also having had to reshuffle it was perhaps no surprise that the first half was tentative, particularly with so much at stake, and chances were limited.

John McGinn shot over the bar when in a good position before Andy Robertson went close with a free kick.

The best chance came just before the break though, when Scott McTominay rose to win a header but saw his effort go wide when it should have been on target.

The second half didn’t bring much more in the way of goal-scoring opportunities. A McTominay shot was blocked on 56 minutes and brought claims of handball from the Scotland players but VAR wasn’t consulted and play continued.

Israel continued to probe when in possession and Eran Zahavi, scorer in last month’s 1-1 draw between the sides, brought a save from David Marshall in the 72nd minute.

Steve Clarke brought on Lawrence Shankland for Oli McBurnie as Scotland chased a goal and ten minutes later Ryan Fraser was introduced but chances were still thin on the ground. Neither side could conjure up a winner and extra time was needed.

Fraser’s creativity helped bring about a couple of half chances for Scotland but with five minutes of extra time Israel had the best chance of the game. Hatem Elhamed put in a dangerous cross from the left and Shon Weissman, unmarked in the middle, was unable to touch it past David Marshall.

An Andy Robertson shot was deflected behind to give Scotland one final chance from a corner and Liam Cooper’s header hit the post. It was the last of the action before the final whistle and penalties.

John McGinn hit Scotland’s first and scored but Zahavi saw his saved by Marshall to give Scotland the early advantage.

Callum McGregor nailed his attempt and his Celtic teammate Nir Bitton scored his with ease. McTominay stepped up next and hit his low into the corner to maintain the lead and Weissman was successful with his kick.

Shankland was up next and found the corner, putting Abu Fani under pressure, knowing he had to score to keep his side in it. He made no mistake with a powerful shot to Marhsall’s left.

Kenny McLean stepped forward with the chance to settle the contest and the midfielder coolly dispatched his penalty, putting Scotland into next month’s final and just one game away from Euro 2020.