Patterson delighted to make an impact in first start for Scotland

The Rangers youngster set up the only goal of the game against Moldova. 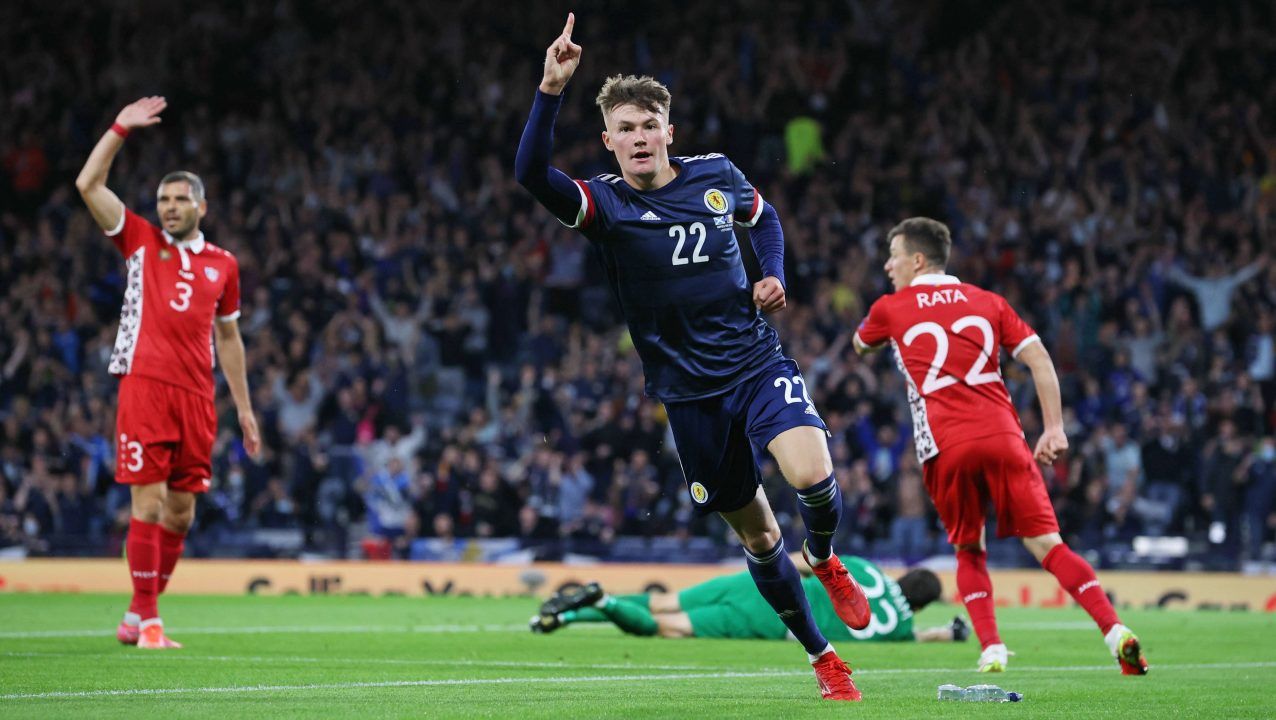 Nathan Patterson believes Scotland can travel to Austria in a positive frame of mind after beating Moldova 1-0 at Hampden.

The World Cup qualifying win put Scotland third in the group behind Denmark and Israel, with Steve Clarke’s side travelling to face second seeds Austria in Vienna on Tuesday in what has become a crucial game for hopes of reaching Qatar 2022.

Patterson made his first Scotland start in Saturday’s win at the national stadium and was content with the final result, looking at the positives in a game where the team passed up numerous goalscoring opportunities.

He said: “We obviously created loads of chances but we just never had the clinical finish at the end, but we did well to keep a clean sheet, see the game out and got the win.

“We got the three points, which was the main focus. Now we can go over to Austria with a wee bit of form and hopefully take the game to them.”

The only goal of the game came after 14 minutes when Lyndon Dykes tapped in after a surging run and shot from Patterson. The 19-year-old said that he had been determined to make an early impact.

“I was delighted to get the nod to start the game so I wanted to get a bright start and get the boys going,” Patterson said. “We obviously got the [early] goal so I was buzzing.

“I actually thought I had scored myself and was off celebrating but Dykesy got the goal and I was happy about that.”

Billy Gilmour was named man of the match after another impressive display and Patterson, who played alongside the midfielder in Rangers youth teams, believes they both share a similar attitude that has helped bring success.

“We both play with confidence and no fear and it shows on the pitch,” he said.

“You have to be confident, that is the main thing. You can’t hide and you can’t be shy, you have to get on the ball and show what you are made of and I feel both me and Billy have done that since we have come in.”