Clubs are optimistic about the future after a difficult challenges last season. 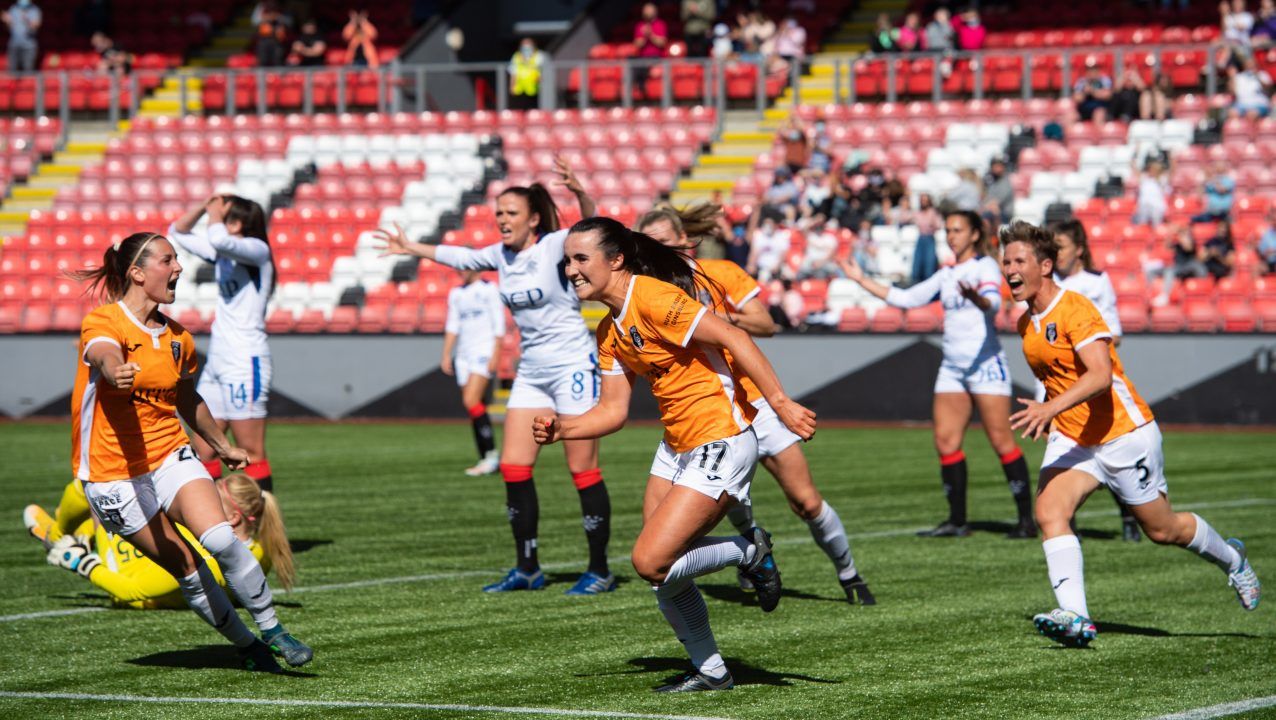 After 19 months of stop-start football and unprecedented challenges for the SWPL 1,there’s everything to play for as the new season gets under way.

Teams across the country are back in action from Sunday and there’s a feeling that this could be a big season for the game in Scotland.

Prior to the pandemic, women’s football appeared to be on the up and up, with the national team’s success in reaching major finals bringing the spotlight and opportunities to grow.

The impact of Covid was significant, disrupting long-term plans and diverting resources that were intended to allow teams and players to develop and flourish.

Spartans manager Debbi McCulloch has been coaching for two decades and, after a period she described as “an emotional rollercoaster” she believes this season can be the fresh start to get everyone excited about.

“It feels like we’re at the stage we were at in February 2020 before Covid hit,” she said. “And with the league expanding to ten teams, making it more competitive and with more games, it’s a real opportunity.

“It’s a sliding doors moment for the game to really put it at the forefront of everyone’s minds.

“We’re helping to increase our fan base and the number of supporters we have at  games there’s a real buzz around it on social media so hopefully everyone can ride that wave. We left off the back of the World Cup and Scotland being successful in qualifying for that to going into Covid.

Jessica Broadrick says the step up to the top flight is the latest in a series of successes for the club.

“As a young player it’s an amazing feeling and opportunity,” she said. “We’ve come right from the Championship and had to build our way up to SWPL 2 and now into SWPL1.

“We’re prepared to play and to perform to the best of our abilities.

While Aberdeen are looking to continue to climb, the team that’s been firmly established at the top in Scotland is Glasgow City. They were crowned champions for the 14th season in a row last season, edging out Celtic by 3 points, with Rangers five points further back.

Co-founder and club manager Laura Montgomery aims to keep that run going but believes that there will be at least four sides going into the new season with genuine belief that they could be lifting the trophy at the end.

And while the club hopes for the success that’s seen them become standard-bearers for the game, Montgomery also believes that they can continue to showcase and promote role models that aspiring players can look up to.

She said. “Our club were fortunate to have Jo Love play for us for many tears, Scotland’s most capped outfield player of all time, she’s an absolute icon of our game.

“Leeanne Ross has obviously just retired, now part of our coaching staff, is another one. We’ve also got the South African captain, Janine van Wyk.

“We’ve got our little Costa Rican buzzbomb, Priscilla Chincilla that’s setting the league alight. We’ve got Portuguese internationalists, Israeli internationalists so it’s a really worldwide league and there’s something there for everyone.

“Any young girls that are interested in sport and football, they’ve got massive role models to look up to.”

City will expect a strong challenge from near neighbours Celtic and Rangers, but also from Hibs, who have strengthened with six new signings. And Edinburgh football will have a new chapter as Spanish coach Eva Olid has taken up reins at Hearts and intends to use her experience to to deliver on the “big potential” she sees in her squad.

“I know the league because there is a Spanish coach at Celtic (Fran Alonso),” Olid told STV. “Two years ago I went to Celtic to learn from him and about Celtic and that’s why I know this league.

“When I saw that Hearts needed a coach,  I knew that it would be a good chance for me because I think that Hearts are increasing their women’s team.

“It’s a team with big potential because they are a young team with young players and this is a challenge for a coach.

“Our goals are to develop this young talent that we have and to improve as much as possible the performance of the team and to try and go as high as possible in the league.”

The action starts on Sunday but Covid continues to leave its mark on the game. Rangers and Partick Thistle, who replaced Forfar Farmington in the league, will have to wait a little longer for their first fixture – their match has been postponed because of Covid issues in the away camp.

After a tough year, there’s a sense that a corner has been turned, and the league can look ahead to exciting competition and progress and growth for clubs and their players.