Celtic edged a 2-1 win against Aberdeen in blustery conditions after a late Kristoffer Ajer strike. 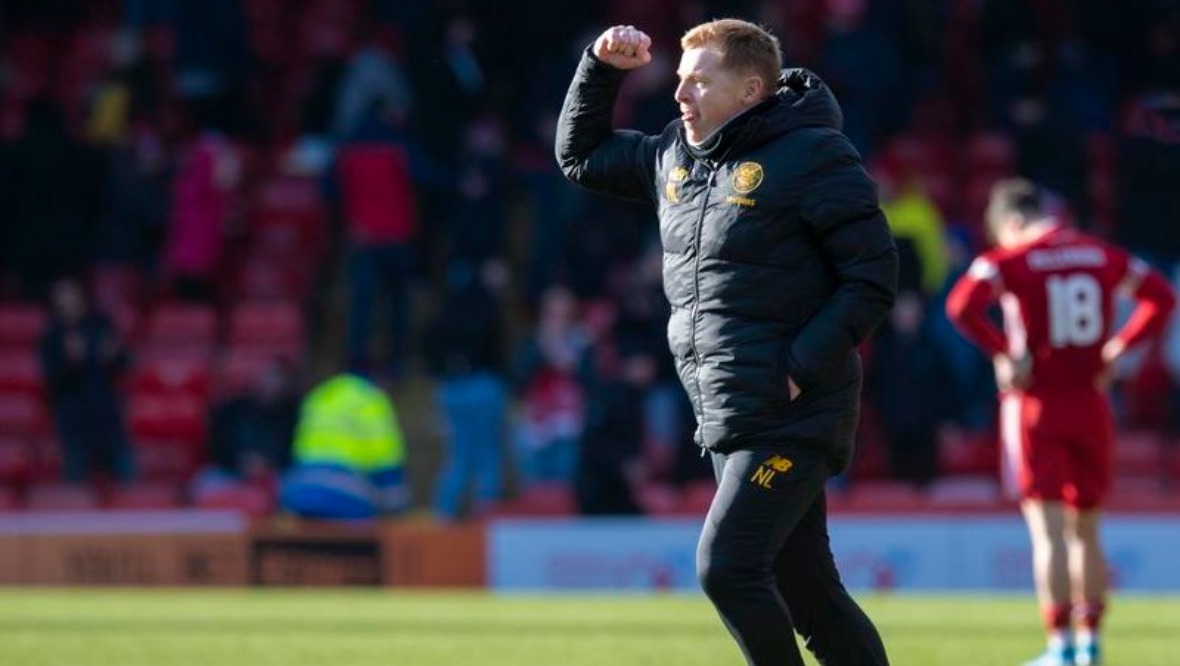 Celtic boss Neil Lennon praised the resilience of his side as they edged a win against Aberdeen in blustery conditions in the north-east.

At a windswept Pittodrie, the visitors took the lead through Callum McGregor after 10 minutes but were pegged back before half-time as Ash Taylor rifled home.

It looked like a share of the spoils was on the cards before Kristoffer Ajer netted an 81st-minute winner for Lennon’s side.

Manager Lennon said: “I’m thrilled. It’s a massive win in treacherously difficult conditions to play football. All credit to the players who dug out a marvellous result for us.

“You can’t always play slick, quick football and we had to grind it out today. We didn’t want to drop points obviously, but it was perhaps looking like we would. A point a Pittodrie is sometimes a decent result and in these conditions the game could have gone either way.

“We’ve a bit of character and resilience. We’re not getting ahead of ourselves, there’s a lot of football yet to play but in the context of the run that we’re on it’s a big win.”

Aberdeen manager Derek McInnes felt his side were the better team on the day.

He said: “When you play against a team like Celtic with so many good players, it has to start in the head with the mindset to make the game go our way.

“I thought we were the better team and we spoke at half-time about the mentality of the Celtic players and how they wouldn’t accept not winning, and we asked our players to go out with the same mindset.

“It was exactly how my team needed to play against a good Celtic team and I felt the performance merited something from the game – but you don’t get points for a performance.”