Lennon says Lawwell’s departure is a huge loss for Celtic

Lawwell is retiring after 17 years as Celtic chief executive. 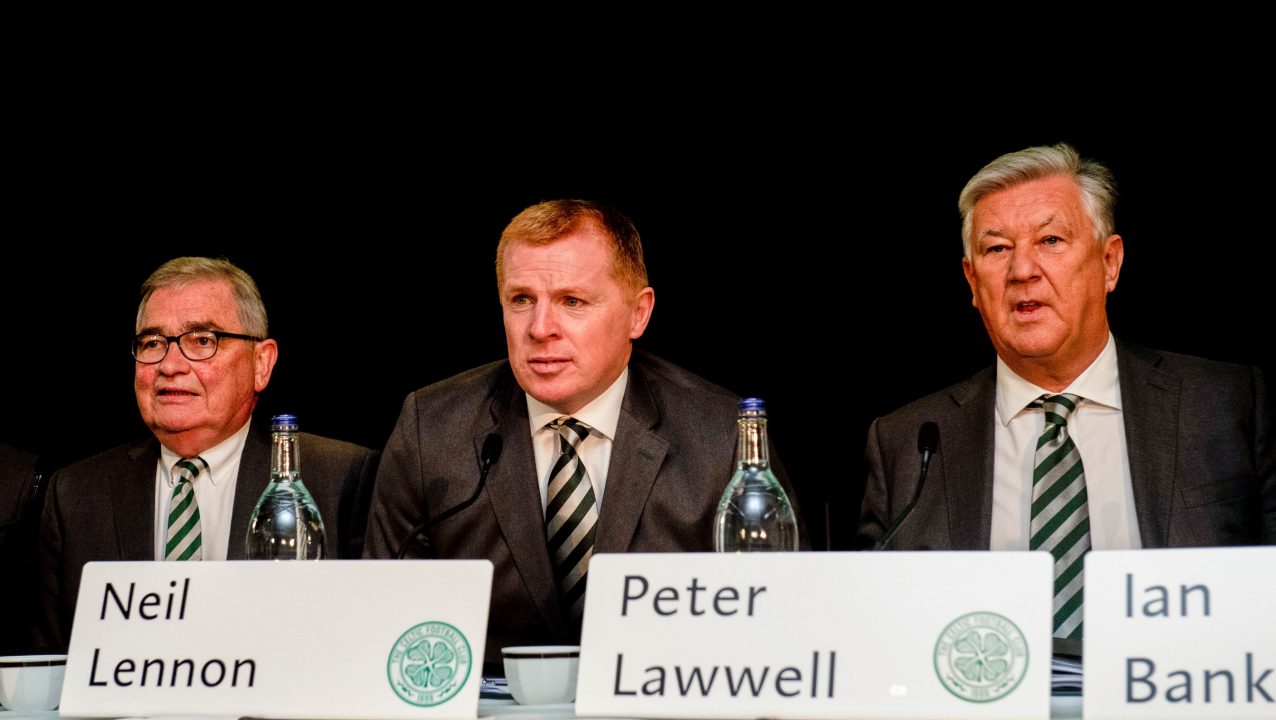 The Parkhead club announced that Lawwell is to retire at the end of the season after 17 years running the club.

Lennon, who was twice hired as manager by Lawwell, said the chief executive’s departure would be “a huge loss”.

“He’s been brilliant to work,” he said. “We’ve had our fall-outs over the piece but he’s been a huge positive influence on my career and many others.

“He’s a huge loss. Every decision he made he thought was best for the club. He was devoted to the club and I think he’ll be a huge miss.

“I was still playing when he came back. Player, coach, manager, we’ve been through a lot together, as well as other managers like Ronnie, Tony and Brendan.

“The success the club has had during his reign is absolutely phenomenal.

“I’m sad to see him go but 17 years is a huge amount of time for a job as pressured as that.”

The manager revealed that Lawwell had indicated more than once in recent years that he was planning to step down. Asked if fans would view his contribution over the long term, rather than focus on the disappointments of his final season, Lennon said: “I can’t speak for fans and how they perceive other people’s record at the club.

“He knew he had to make decisions that wouldn’t be popular but the overriding theory behind it was that it was the best thing for the club at all times.

“There’s no question for me that he always put the club first, whether it be popular with people or not. That’s the strength of the man. A strong leader and a very good presence and influence for everyone around the club.”

Lennon listed the major achievements of the last 17 years, stating that there had been success on the park, in player development and in the club’s infrastucture. He believes incoming chief executive Dominic McKay has a hard act to follow.

“You’ve got three Champions League last 16s, 13 league titles, a quadruple treble, wins over Barcelona, Manchester United, Lazio,” Lennon said. “You’ve got Van Dijk, Forster, Wanyama, Tierney, Dembele, all these players who’ve come in and enhanced the club on the field and then left for vast amounts of money.

“Only in the last couple of days we’ve taken a young player from Manchester City and sold him for a huge amount of money.

“It’s phenomenal the work that he’s put in at the club. You look around the stadium and the walkways and it’s beautiful. It’s in magnificent condition.

“Dominic has big shoes to fill. I’ve seen the club in worse straits than it is now.”