Naismith praises Brown as he prepares to face Celtic captain

The Hearts skipper saluted Brown as he passed the 700-game milestone. 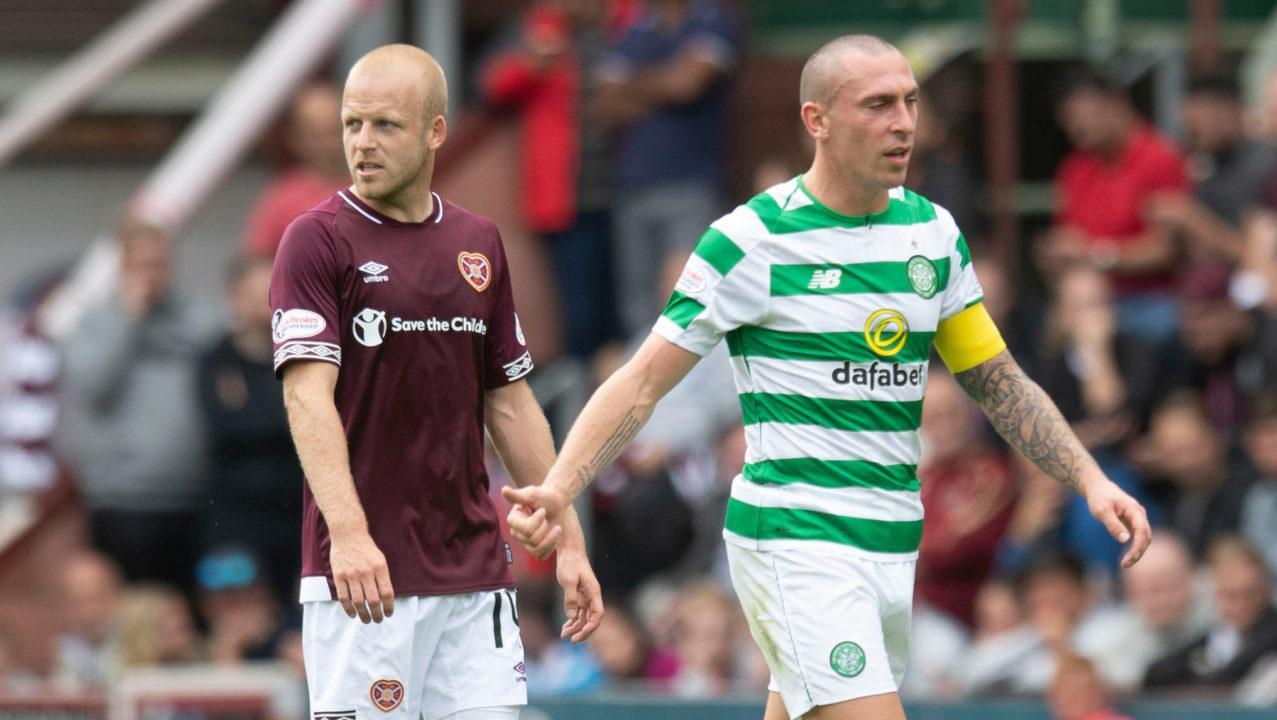 Steven Naismith has hailed Celtic captain Scott Brown for reaching 700 matches and remaining at the top of his game by adapting his style.

Brown made his debut for Hibs back in 2003 and has been a mainstay of Celtic’s side for over a decade, lifting trophy after trophy as captain.

Naismith, whose career has covered the same span, will skipper Hearts against Brown’s Celtic on Wednesday and says he has huge respect for the midfielder.

“To be honest, it’s the sign of a great player,” he said.

“Our careers have paralleled throughout, from way back in the youth team. I saw the other day about his 700 appearances and that’s some achievement.”

Naismith said what he found remarkable about Brown’s career had been the way in which the former Scotland international has adapted his style to fit the needs of the team and prolong his effectiveness.

“It’s not like he’s been the one type of player his whole career,” he said. “He’s adapted, he’s changed as he’s got older. And again, as you get older, there are moments people doubt you, not just as an individual but it can be the manager that you’re playing under and what he wants you to do.

“I think under the last two managers Broony has found, or they’ve found, the best way for him to be most effective. That is not the way he was as an 18-year-old, charging into the box and creating chances and scoring goals, he’s now dictating the play from deeper in the pitch.

“Broony is a top pro and he always has been and he’ll be one that we’ll need to watch on Wednesday.”

Naismith said he has been feeling the benefits of a consistent run of games after returning from injury but now looks ahead to a tough series of matches that could be crucial to Hearts’ survival hopes.

“We’re in a relegation fight, simple as that,” he admitted. “With all the changes that have come and what the manager has brought and wants to do, it’s going to take time.

“As much as the pressure is on, I think we’ve shown in the performances that there is a lot of change but we’ve adapted to it. Sometimes we’ve maybe conceded goals that, as a team, we don’t want and that is just part of the change and the way we’re playing.

“The run of games is what we need, we need to get as many games and play them and get  as many points as we can. Some games you look at have been good results and good points others we’ve kinda shot ourselves in the foot. We need to get in a position where teams are looking up at us rather than the other way around.”

And the forward is hopeful that good performances in the upcoming matches will seal a call-up for Scotland’s Euro 2020 play-off against Israel.

“It’s a consequence of playing well for Hearts that you’ll be in contention,” he said. “The last international games I thought I played well contributed to the team and, as a whole, as a group, we did really well and that does plant a seed in the manager’s head.

“Competition is at its biggest at the moment, so I need to keep doing what I can for Hearts, scoring goals and to be honest we need to win games.”