The Dons manager was proud of his side's performance despite defeat to Rangers. 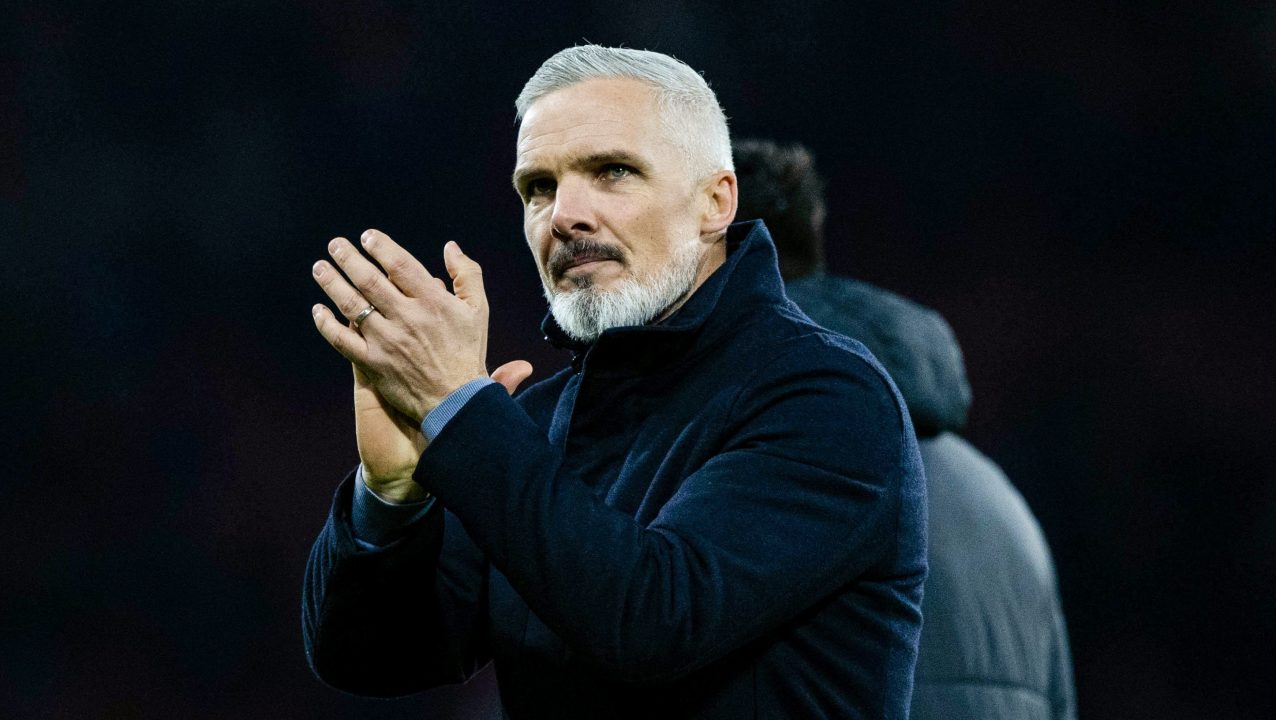 Aberdeen manager Jim Goodwin admitted his deep disappointment at losing the Viaplay Cup semi-final to Rangers in extra time but said he had to take pride in his team’s performance at Hampden.

The Dons had gone in front with a well-worked first half goal, when Matty Kennedy raced free and picked out Bojan Miovski, who beat Allan McGregor with a clever finish.

Aberdeen couldn’t keep their lead though, with Ryan Jack scoring with a deflected shot in the second half.

A red card for Anthony Stewart made the task harder for Goodwin’s side and in extra time they couldn’t keep Rangers out, Kemar Roofe scoring the goal that put the Ibrox side into the final.

For Goodwin, the close result and competitive nature of the game was some consolation despite being knocked out in the last four.

He said: “Well, it’s real mixed emotions right now. I think, obviously, the initial reaction is one of disappointment that we’re out of the cup.

“But in terms of what the players gave me under the circumstances, a real sense of pride, I think, in terms of the effort and the commitment that they gave and the discipline, really sticking to the game plan for large periods of the game.

“I thought we frustrated Rangers a lot in terms of the shape of the team. We worked really hard on blocking those passing lanes into the likes of Tillman and Kent and trying to nullify the space that they would have in the middle of the pitch.

“We were willing to give up the wide areas a lot. I thought there was decent quality deliveries coming into the box.

“I thought the two centre halves and the goalkeeper were coping with the majority of that. And, you know, there wasn’t a great deal in the game, I don’t think, in terms of chances created or goalkeeper making saves.

“But we’re obviously extremely, extremely disappointed right now that we’re out of the competition.”

Reflecting on the red card incident, which saw Aberdeen captain Anthony Stewart dismissed for a lunging tackle on Fashion Sakala, Goodwin had no real complaints.

“My initial reaction was that he was in trouble,” he said. “We have no arguments, I think the official has got it right.

“It was a poor decision from Anthony unfortunately. He probably should have stayed on his feet and jockeyed the player. He left his team-mates in a very difficult situation, going down to 10 men against a good Rangers team.

“But in fairness to the 10 guys that stayed on, they gave their all and stuck at it and right through extra-time we were very much in the game.