Mourners gathering at Melrose Parish Church for ceremony that will be streamed live around the world. 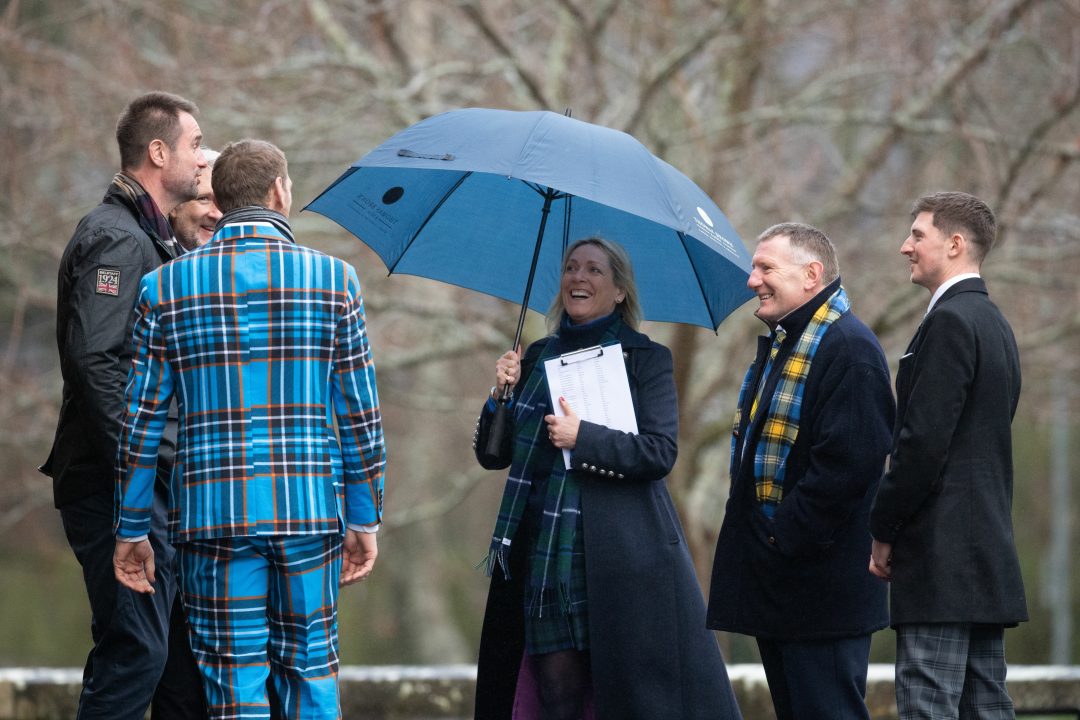 The service at Melrose Parish Church, next to the Greenyards ground where Weir played for several years, was streamed live on the Scottish Rugby website.

Former Scotland players including John Jeffrey, Rob Wainwright, Gavin Hastings, Kenny Logan and Kelly Brown were among those who attended the service.

Attendees were asked to wear tartan in tribute to Weir, who helped design his own pattern for his charity. An array of colours were on show with mourners wearing the likes of tartan scarves, shawls, trousers, kilts and suits.

Weir, who died on November 26 aged 52, played for Melrose in an illustrious career that also saw him represent his country and the British and Irish Lions.

After being diagnosed with motor neurone disease (MND) in 2016, Weir went on to raise millions through his foundation and was awarded an OBE in 2019 for services to rugby, MND research and to the Borders community.

He received the Helen Rollason award, given to mark achievement in the face of adversity, at the BBC Sports Personality of the Year awards in 2019.

Monday’s memorial service was announced by the player’s charity, the My Name’5 Doddie Foundation, which aims to aid research into MND.

The foundation said attendees should wear any form of tartan, as requested by Weir.

Scottish Rugby chairman John Jeffrey, who is also a trustee of the My Name’5 Doddie Foundation, said: “Scottish Rugby is honoured to live stream the memorial service.

“Doddie’s impact was way beyond the rugby community in Scotland and the rest of the British Isles. The outpouring of affection for Doddie has been global.”

During his 61-cap career, Weir scored two tries against the New Zealand All Blacks in the Rugby World Cup of 1995 and was selected to tour South Africa with the British and Irish Lions in 1997.

When the sport turned professional he joined Newcastle Falcons and was part of the team that won the English Premiership in 1998.

A brief move back to Scottish pro side the Borders Reivers saw out his playing days and he retired from the game in 2004.

But Weir’s biggest legacy is arguably the work he did off the field to help find a cure for MND.

Last week, the UK health secretary said he is “fast-tracking” £50m of funding for MND research after the UK Government faced criticism for failing to release the promised money.

The Department of Health and Social Care was accused of withholding the research funding following Weir’s death.

Steve Barclay said he will now “slash red tape” to provide the funding to biomedical research centres – more than a year ago the UK Government committed the funding to help find new therapies.

The United to End MND campaign, which includes the MND Association, MND Scotland, My Name’5 Doddie Foundation and LifeArc, welcomed the funding, but said it falls short of creating a national research institute that it has been campaigning for.